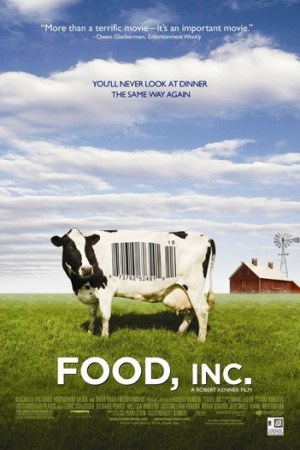 A lot of ink has been dedicated to the topic of farming and agribusiness recently, but very little film. Documentary director Robert Kenner says there’s a reason for that. “Food corporations don’t want us thinking about food. They don’t want to talk about it; they obviously don’t want us looking in. They are really into promoting that myth that [our food] comes from farms with white picket fences with red barns.” Kenner’s documentary “Food Inc.,” which will be feted at two private screenings next week before it hits theaters June 12, debunks that idea — and then some. Viewers witness factory farms wall to wall with immobile, breast-heavy chickens and pigs that get no exercise other than their walk to slaughter. “Green Acres” this is not.

Just before his press tour, Kenner spoke with WWD about gaining access to farms, feeling responsible for those who spoke with him and ordering in-flight meals.

WWD: What provoked you to take on this topic?
Robert Kenner: I was curious about how our food gets to the table. Who grows it? What’s in it? We spend less of our paycheck on food then at any time in history. But at the same time, this low cost comes at a high cost. This food has been fundamentally transformed without us knowing about it. You know, the chickens have been designed to basically fit machines so that they can create Chicken McNuggets that we can eat in cars but meanwhile the chickens can’t stand up.

WWD: The chicken farm footage is compelling. How did you convince someone to speak on camera?
R.K.: People were scared to talk. It comes at great peril, talking about agribusiness.

WWD: They could lose their jobs.
R.K.: [Former Perdue grower Carole Morison] did lose her job.

WWD: Do you feel responsible for that?
R.K.: I think Carole was prepared. She said, “There comes a point when you just have to talk.”

WWD: Do you know what she is doing now?
R.K.: She is struggling to figure out what comes next. We are trying to help her [and the other subjects] through a social action component on our Web site. I personally won’t be making a profit off of this film. The film business isn’t much different than the food business.

WWD: How are you going to get this film in front of people who aren’t interested in this food revolution?
R.K.: I think mothers care about what they feed their children. And I think on some levels, people aren’t aware of how this food makes us sick. It’s like tobacco, there has been this big lie. When you start to understand what it is doing to us, I think it will then start to unite people from all different walks of life.

WWD: You must be excited about the White House vegetable garden.
R.K.: I don’t think this was high on Obama’s list — food. But I think that Obama cares about health care. If you care about health care you have to change the food system. Because one out of every three children getting early onset diabetes will bankrupt the health care system. If you care about the environment, 20 percent of our oil goes to producing and transporting our food and the chemicals going into the ground are poisoning our water system. So you can’t care about the environment and not change the food.

WWD: Have your eating habits changed since working on the film?
R.K.: I’m not one of the more conscious eaters. I was on an airplane yesterday and they had ravioli or chicken. And I was about to order the chicken and my wife said, “You are going to order the chicken that comes from those chicken farms?” And I went, “Yeah, you’re right.”