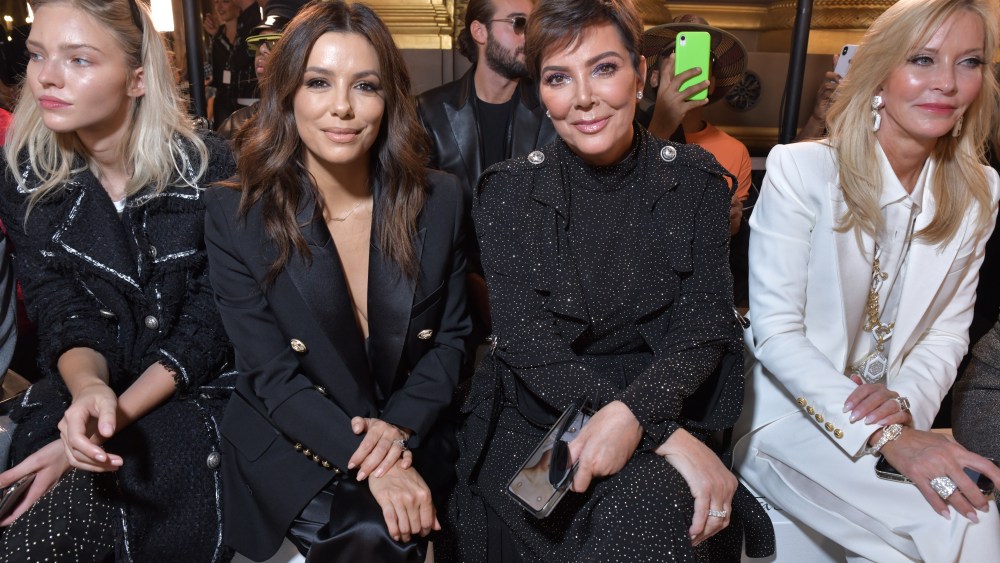 PROUD MAMA: A member of the Jenner family made the Balmain front row on Friday — just not the one who was expected.

Kylie Jenner, who was named artistic director of makeup for Olivier Rousteing’s Balmain show, canceled her Paris trip last-minute due to illness. The beauty entrepreneur was meant to launch her collaborative makeup line with the Balmain creative director at the show.

But mama stood in proudly at the Opéra Garnier, with an overexcited pack of photographers trailing in her wake. “These are a few of my intimate friends,” Kris Jenner joked to a fellow showgoer, gesturing to the jumble of flashes and shouts.

She sat down next to actress Eva Longoria — who moments before gushed about the glamour of the Paris opera house, which she was visiting for the first time — before taking a moment to describe her family’s relationship with Rousteing.

“Olivier is like one of my kids,” Jenner told WWD. “I feel like I’ve known him for years. We are blessed to be part of the Balmain army. He always makes us feel like family, ever since the day we met him and even still today. We love him very much.”

Kris Jenner’s kind words were particularly poignant, coming a day ahead of the screening of “Wonder Boy,” the documentary in which the adopted designer sets off on a painful search for his roots.