Daughter of ICR's Roberto Martone, she retained creative roles in the family-run fragrance manufacturing business, which develops scents for the likes of Salvatore Ferragamo and Bulgari.

MILAN — There was something fascinating in being in the presence of Giorgia Martone, who was known in the beauty industry for her expertise in fragrance creation, a passion passed down by her father and Italian leading perfume manufacturer ICR’s president Roberto Martone.

It wasn’t just about the enthusiastic way Martone discussed her job and everything concerning perfumes. With a smile that lit up a room, her energy and positive attitude was contagious.

So it was even more shocking for industry operators to learn on Saturday that Martone died at age 41 in tragic circumstances. She was hospitalized for a 15-minute surgery, but died suddenly due to complications during the operation.

An obituary on Italian daily Corriere della Sera signed by the family read: “Our Giorgia is no longer with us. Her heart stopped, and with it [our hearts stopped] too. Giorgia Martone was an inexhaustible source of ideas, energy, affection and generosity, always positive, always organizing, willful and sensible. She was special. We will never be able to fill the void she left.”

The unexpected and devastating news shook the Italian beauty circle, in addition to her father Roberto, mother Marzia and especially her beloved sister Ambra, who formed an inseparable duo with Martone both at the family-run company and on social occasions. Being only one year apart, Giorgia and Ambra were considered by many more like twins for their beautiful sister bond and their perfectly complementary personalities: the former more creative and extroverted, the latter more rational and reserved.

During the funeral services hosted on Saturday at the Basilica di Santa Maria della Passione church in Milan, Ambra Martone, who is also president of the Accademia del Profumo association, read a heartfelt message in memory of her sister.

“Sister, I have been so lucky to have you in my life, our sister bond is something wonderful that was given to us by mum and dad and that we made special. Together, day after day, for almost 40 years. You have been the pillar of my life: sister, best friend, confidant and adviser, traveling companion, partner at work, godmother of my children. You shone: with the light in your heart, the stars in your eyes, and an unforgettable smile, which illuminated and made those around you smile. In love with life, family, friends, perfumes, new projects, travels, books, all the beautiful things,” read the letter.

“You were a beautiful soul, true and passionate, loyal and sincere, strong and confident, enthusiastic, selfless and generous; of a unique generosity that came pure and irrepressible from the heart.”

“Sensitive, intuitive and creative, free, a dreamer and a little rebellious: You knew how to share the emotions and listen to those next to you. Determined and stubborn, tireless, unstoppable. You always got your own way. With the courage of always being yourself and fight for what you believed in. Always involving, always organizing, always present [with others]. You have been a gift, for me and for those who knew you and loved you. Dear Giorgia, all the light you gifted me, it fills me today. I will always take you with me, but how much I will miss you.”

Present at the services, Intercos Group’s founder and president Dario Ferrari was short of words for the tragic event. “These are very sad circumstances, I talked with her father but in cases like these, what can you say? Unfortunately this is life…but the reason, she went to the hospital for a small operation…that’s the mockery that saddens us all.…She was fantastic, a good person who always gave her best in her job and in our sector. She was very dynamic, extremely full of life and a great worker.”

“The fact that there was a sea of people, all in tears, at her funeral says a lot about how much love she brought to our lives. With her smile and sweetness, because a smile is good for the heart more than a thousand words,” said Gianluca Reina, cofounder of Milan-based communication network FSB Group and publisher of luxury lifestyle magazine Cabana. He grew up with Martone, his home on her same street in the center of Milan, attended the same schools, spending the long summers of their teenage years together in Santa Margherita Ligure. “Loosing Giorgina feels like saying goodbye forever to a part of my own life, personal but also professional. Indeed, she was the first to believe in Fasten Seat Belt, assigning us all the projects for the launch of her fragrances. We owe her a lot. Really, I lost a piece of my life forever.”

After graduating in Design and Fashion Management at the Bocconi university in Milan, Giorgia Martone moved to the U.S. for an apprenticeship in “raw materials, history of perfume and fragrances” at Symrise. She returned to Italy in 2005 to work for ICR, Industrie Cosmetiche Riunite, where over the years she retained roles including marketing director and creative director, in addition to being a board member.

Along with her sister Ambra, Martone represented the third generation of the family-run business, which manufactures perfumes for a range of luxury and beauty labels, including Salvatore Ferragamo, Bulgari, Trussardi, Blumarine and Collistar, among others. 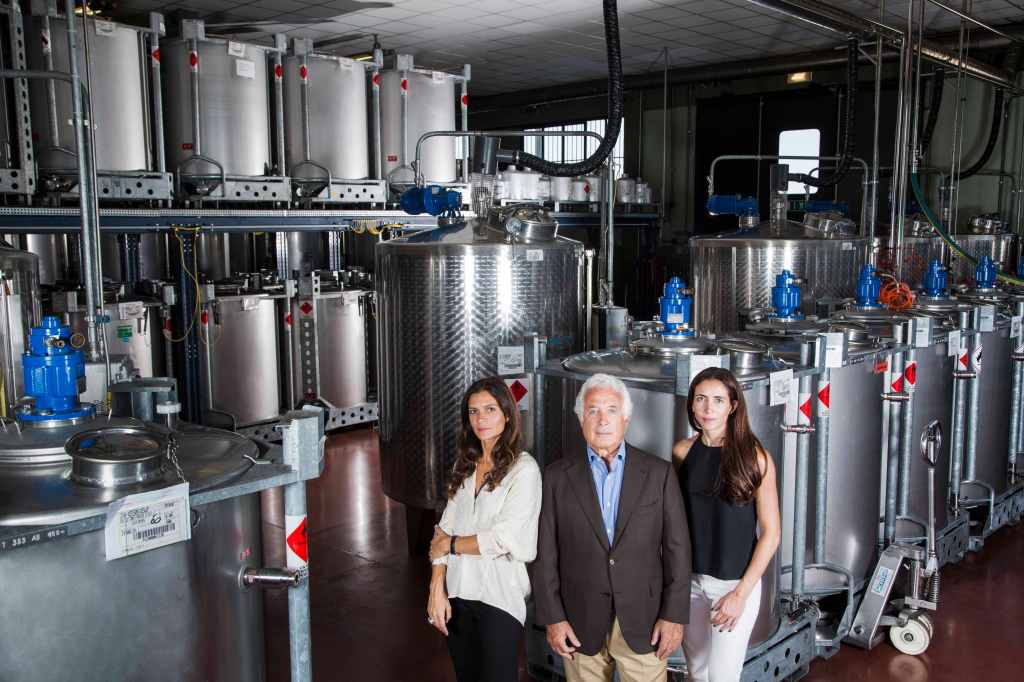 “Giorgia had a great creative talent, the result of the passion and enthusiasm [she had] for her job but also of her authentic love for the world of perfumes. We will miss her creativity a lot but, above all, we will miss the special relationship we had with her,” said Ferruccio Ferragamo, chairman of the Salvarore Ferragamo Group.

Dsquared2 was also part of ICR’s portfolio until 2018, when the brand’s licensing agreement passed to Euroitalia. Under ICR and as part of a 12-year license signed in 2006, Dsquared2 launched 17 fragrances — 10 for men’s and seven for women’s — developed thanks to Martone’s contribution.

“Giorgia was an amazing human being with whom we collaborated for the creation of different fragrances,” said Dsquared2 co-creative director Dean Caten. “We were struck by her innate elegance and subtlety of thought, her knowledge of the world of perfumery combined with strong vision and image.”

“Everything was fluid and natural with her, from the choice of components to the advertising campaign. She was a pure and kind heart. A strong woman. We will never forget her,” added Dan Caten.

Sharing obits on Corriere della Sera, Euroitalia‘s founding family Sgariboldi also sent its condolences to the Martones for the “terrible loss,” while the Trussardis remembered Martone “who has always affectionately been close to us with the beauty of her serenity, empathy and professionalism of great value.”

Other messages included the ones from Symrise and Firmenich. “Dear Giorgia we will always remember you with great fondness and esteem, so enthusiastic and passionate in everything you did,” read the message by Firmenich.

“I like to remember Giorgia not only from a professional point of view, but above all from a personal one. From the moment we met a few years ago, there has always been a very sincere and transparent relationship between us, [one] of great respect,” said Angelini Beauty’s president and chief executive officer Lluìs Plà. “I have always admired her determination and her combative character of a real entrepreneur. A woman full of energy and passion for her work, but also very sensitive and generous.” 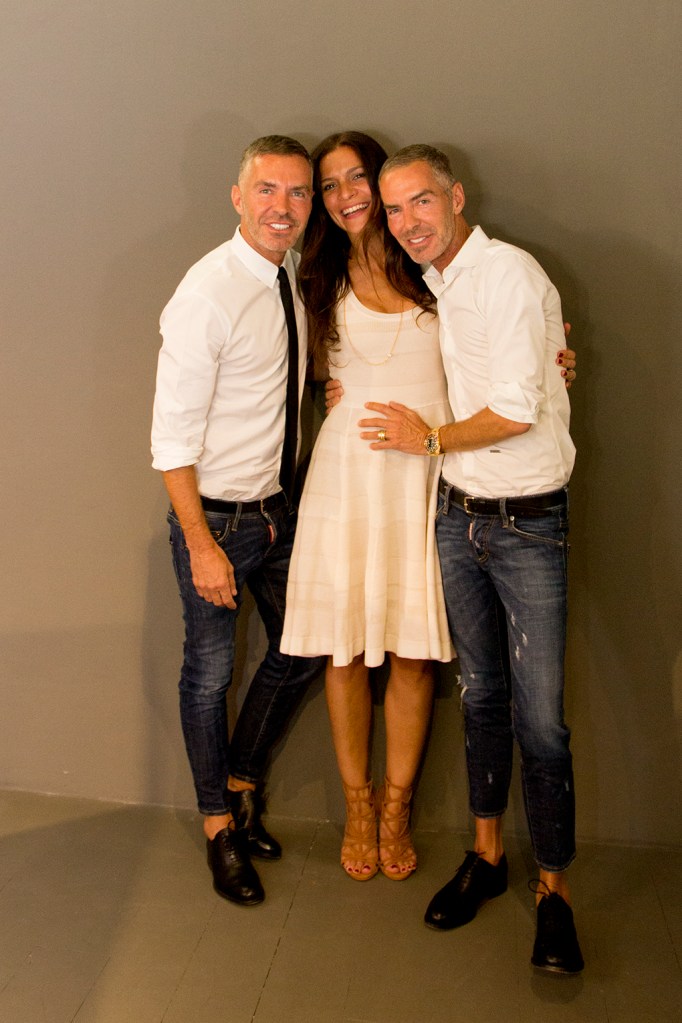 Renato Ancorotti, president of the Italian association of cosmetics companies Cosmetica Italia, shared his thoughts on the tragic news in a message he sent out to the members of the organization.

“Still incredulous for the news I received, I can only remember Giorgia with esteem and affection. A woman who, with elegance, cordiality and empathy accompanied part of Cosmetica Italia’s journey by participating in initiatives and events of the association. She was known for her professional skills and the entire cosmetics sector, from companies and media to the employees of our association, gathers around the Martone family.”

“I’m sure I speak for the sentiment of all the colleagues who have had the good fortune to know Giorgia when I say that her premature death leaves everyone with great consternation and the feeling of an unbridgeable void. We share the pain of Ambra and her parents, all family members and workers of ICR and send them our deepest condolences in this tragic moment,” said Ancorotti.

During her career, Martone had also an active role in establishing the Hotel Magna Pars & Suites in 2013, as she contributed in turning the family’s refurbished old perfume factory into a five-star hotel on Via Forcella, in Milan’s design-centric Tortona area.

Two years later, the Martones added an artisanal perfume laboratory called LabSolue to the luxury hot spot, which became a key destination not only for hotel guests but also for fragrance enthusiasts wanting to discover new scents, presented in antique-style frosted glass bottles. Nodding to the family heritage, the space was structured to resemble the Marvin pharmaceutical business run by Martone’s forebears. In particular, Giorgia Martone was the artistic director of LabSolue Parfume Laboratory — which also opened a door in Rome last year — in addition to retaining the role of creative director at the Magna Pars hotel.

Martone also compiled a tome on fragrances titled “La Grammatica dei Profumi,” or “The Grammar of Perfumes” in English. Published by Gribaudo, the book was released in 2019 to provide key information on raw materials, ingredients and olfactory families as well as behind-the-scenes access to the fragrance creation process and packaging selection.

She intended to put together a guide that “will reveal the beauty of the single essences, letters of an alphabet that, when combined, could originate words and olfactory compositions, which could be infinite depending on the whim of the nose,” she wrote in the preface.

“Let’s remember a wonderful thing: the same noses, despite thousands of formulations and their great experience, despite being master perfumers, like all great masters never stop studying, exploring new extraction techniques, new botanical species, because perfumery is an art. An art in continuous evolution. Who knows, maybe some of you reading [this book] will decide to devote themselves to this extraordinary world, [which is] hidden, invisible, magnificently mysterious, but always present in the daily life and which surprises and intoxicates us and, unlike words, excites us without asking for permission,” Martone wrote in the tome.

In addition to fragrances, Martone had other several passions. She was an experienced horsewoman and she owned a British thoroughbred named Bel Fiò.

“Giorgia was a great woman, full of light and vitality. Along with being among our first customers, she has been a great friend for me,” said Maria Sole Torlonia, cofounder of luxury fashion label Blazé. “She was a great creative, a volcano of ideas and her kindness was boundless. I’ve always been fascinated by her determination. A few years ago, I had at home a very calm horse which we used to ride without saddle and after trying that she decided she wanted to start riding, which is not so easy when you are not a child anymore. She started taking lessons, she learnt and she bought her British thoroughbred named Bel Fiò.”

Torlonia added that Martone, who was collaborating with Blazé to launch a new small project, was actively looking for a house in Rome. “She loved Rome so much. She opened here a store on Via Monserrato and she wanted to move here,” Torlonia said. “Indeed, during her life she achieved everything she wanted. This news really shocked me but I’ll keep thinking about her happy and joyful sitting on her own star.”