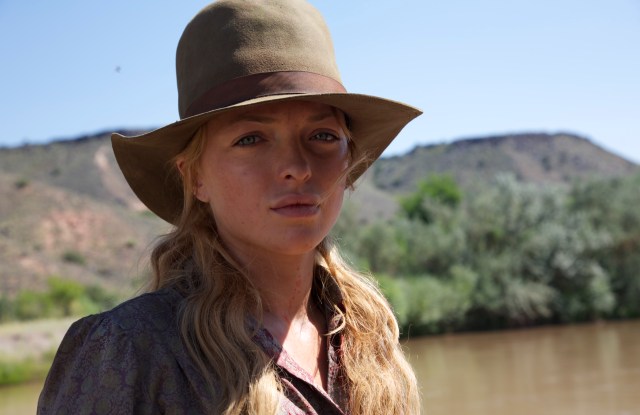 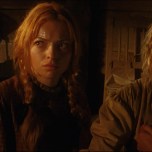 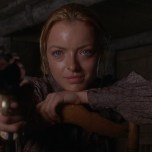 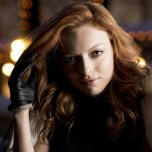 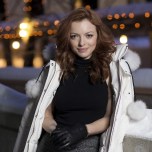 “It was the dirtiest thing. It was really dirty,” says Francesca Eastwood. The 22-year-old actress, daughter of Clint Eastwood and Frances Fisher, was referring to the set of her new film, “Outlaws and Angels.” The western thriller, which hits theaters, iTunes and video on demand Friday, is gritty, to say the least. “There was no makeup except for dirt and sweat, and lots of it. It was actually really gross; there were bugs crawling on us.”

Despite all that, Eastwood calls the experience “awesome” because she considers it her “first real project.” She plays Florence Tildon, a 15-year-old living in a rural, early 20th-century desert town, whose religious yet abusive family’s home is invaded by a band of outlaws escaping a heist gone wrong. It sounds straightforward and pulpy, but Eastwood says, “It’s hard for me to label, but to me, it’s a coming-of-age story and a love story and a revenge story and a family drama. What resonated with me is that even though it’s a gunslinger movie, there’s a young girl turning into a woman and you see her grow up and take her power back.”

Without giving too much away — the film did, after all, premiere in the Midnight category of the Sundance Film Festival, a series of late-night screenings reserved for the horror genre — Eastwood gets her fair share of action in the movie, which costars Luke Wilson, Teri Polo and Chad Michael Murray of “One Tree Hill” fame.

Although she appeared in the movie “True Crime” as a child, alongside her parents, Eastwood didn’t initially want to be an actress. “I tried very hard to convince myself I wanted to do something different, kinda out of left field,” she recalls. “I was going to business school [at the University of Southern California] and my friend Emma Roberts saw me in a short film and introduced me to her manager. It was like a happy accident.” She started with bit parts and TV movies and had a turn as Miss Golden Globe, in 2013. Now she says, “With this project, I’ve really fallen in love with what I’m doing, and I’m really happy with my job.” She appears next in David Lynch’s much-anticipated “Twin Peaks” remake and is filming another thriller, “The Vault,” now.

Eastwood, who drew flack for some of her antics on the reality show “Mrs. Eastwood & Company” (which followed her former stepmother, Dina Ruiz), and for her one-week-long Vegas marriage to Jonah Hill’s brother Jordan Feldstein, relates to Florence’s coming-of-age journey. “I can remember [being that age] making big decisions and changes and figuring out who you are. I’m still going through that. Everyone is.”