Francine Prose speaks to WWD about the little-discussed career triumphs of Peggy Guggenheim, the titular subject of her latest title, "Peggy Guggenheim: The Shock of the Modern." 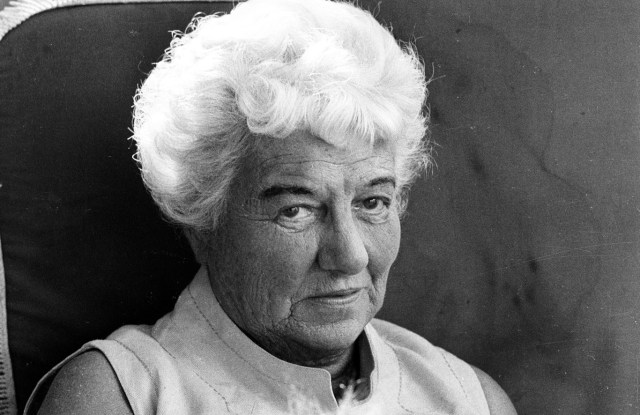 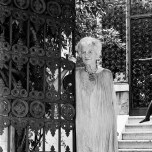 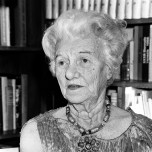 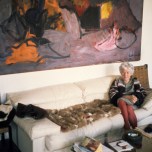 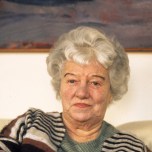 Distinguished novelist Francine Prose has redressed the life story of famously eccentric art patron Peggy Guggenheim – equalizing the tall tales of her botched love life with the lesser-discussed triumphs of her art benefaction.

As part of the Yale University Press’ Jewish Lives Series, Prose has again flexed her concise, all-American style to tell the story of one of the 20th-century’s more famous Yankee-Parisian transplants in her latest title, “Peggy Guggenheim: The Shock of the Modern.”

“The thing about Peggy Guggenheim is that people often talk about her love life more than they talk about her work,” says Prose. “I tried to balance that a little bit.”

Guggenheim, born in 1898, was largely responsible for the careers of many now-iconic early century artists – Jackson Pollock and Alexander Calder among them. As Prose explains, Guggenheim granted support to an artists’ community that was largely against her — with their ire directed toward her unconventional looks and purportedly stingy financial attitude.

While Guggenheim nowhere resembled the pinup femininity so valued at the time, she famously enhanced her appearance with jewelry by Calder and Yves Tanguy, and sunglasses designed by Edward Melcarth — often layered atop Fortuny’s finely pleated gowns. “She was very conscious of self presentation,” says Prose.

This has been something of a Peggy Guggenheim year. Prose’s book was published only a month before Lisa Immordino Vreeland’s acclaimed documentary “Peggy Guggenheim: Art Addict” hit independent theaters. Though Prose said that their near-tandem release was a coincidence, the two storytellers did consult each other on research points.

Prose’s prior nonfiction subjects are a lot darker than Guggenheim’s madcap life. In the past, she’s published  investigations into the lives of Anne Frank and Caravaggio.

The Guggenheim book, by contrast, was something of an extension of Prose’s research for her 2014 novel “Lovers at the Chameleon Club, Paris 1932,” which took its plotline inspiration from a Brassai photograph snapped in that year. Among the novel’s cast of cross-dressing artist characters is a patron baroness who bankrolls their floozy endeavors – echoing Guggenheim’s own trajectory.

WWD: Why do you think Peggy Guggenheim has spurred so much interest this year?

Francine Prose: I can’t imagine seeing her collection in Venice and not being curious about who she was. Just for starters, when you look at the list of artists she showed and collected, and the specific works of art she chose — how could you not want to know about who she was? She was way ahead of her time, she did just what she wanted to do.

WWD: What would you consider some of her greatest contributions to the art world?

F.P.: She really had a much more formative effect on Abstract Expressionism than people know. There is a story about how she saw Jackson Pollock and didn’t get it, and Mondrian said, “Oh no, it’s really great,” so she started financing him. It was almost the first situation in which a gallery gave an artist a stipend to keep working — all that became very common, but wasn’t then.

WWD: Why was she perceived to be stingy if she was bankrolling so many artists?

F.P.: She was richer than most anyone she knew, but by standards of her family she wasn’t that rich. She was generally accused of being a complete tightwad, but it’s important to understand that she didn’t have an unlimited amount of money.

WWD: How does your nonfiction writing process differ from your process with fiction?

F.P.: In some basic ways you are telling a story, and the story already has a beginning and end that someone else has already figured out, not you. You still have to find a way to tell the story — you have to have a sense of character, a sense of someone who really lived. The challenge with a small biography like this one is to show some version of a character that makes cohesive sense.