The star of classic films like "Elevator to the Gallows" was a style icon who was close to Pierre Cardin. 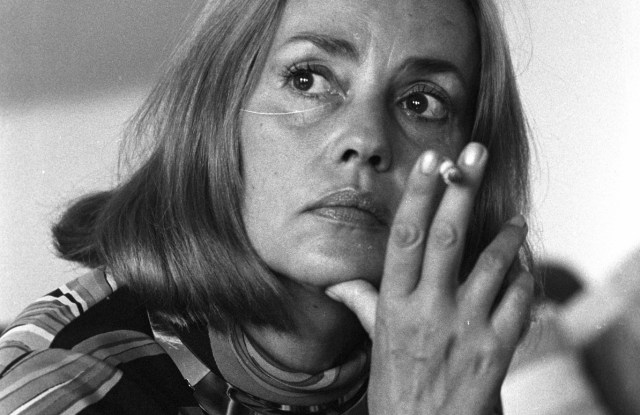 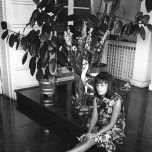 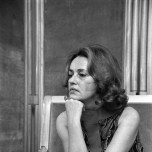 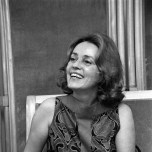 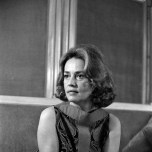 PARIS — Jeanne Moreau, whose iconic roles in films such as “Jules et Jim” and “Elevator to the Gallows” turned her into a style icon, was mourned Monday by a wide swath of European designers. The office of French President Emmanuel Macron confirmed she died in Paris at the age of 89.

“It is a huge loss. I grew up worshipping Jeanne Moreau. I wanted to be the glamorous, free character she played in ‘Jules et Jim,’” said Belgium-born designer Diane von Furstenberg. “She will be remembered as the grand actress of France.”

She was also a singer, screenwriter and director and in 2000 became the first woman to be elected a member of the Académie des Beaux-Arts as the embodiment of French style and culture.

“We read in all the papers that here in this country there is a rejection of French people and things like that. What am I? I’m an artist, an actress, a film director and I come here because I am greatly honored to be invited,” Moreau told WWD in an interview in 2004, when she visited Washington for a film festival.

She won countless lifetime achievement awards, including an honorary Palme d’Or at Cannes in 2003. She further marked the history of the festival with her duo with Vanessa Paradis in 1995 on “Le Tourbillon de la Vie,” a song drawn from the soundtrack of “Jules et Jim.”

“Her strength was to never be where she was expected, being adept at escaping the categories that people all too quickly wanted to put her in — the seductive woman, the femme fatale — to embrace other genres, other narratives,” the French presidency said in a statement.

“She has a gleam in her eye that discouraged reverence and invited insolence, freedom and life’s ups and downs, which she loved so much and will help us appreciate for a long time to come,” it added.

Moreau’s performance in the 1966 film “Mademoiselle” inspired “Everywhere at Once,” a 2007 movie by photographer Peter Lindbergh and experimental filmmaker Holly Fisher featuring a voiceover by the actress. Unlike many of her peers, she was not afraid of looking her age.

The photographer recalled that he was considering using a 2003 portrait of Moreau for the cover of a book. He contacted the actress, specifying that he did not want to alter the image, in the interest of truthfulness. To which Moreau replied: “But Peter, what did you want to retouch?”

An atypical beauty with a whiskey-and-sandpaper voice, Moreau was a magnet for designers and filmmakers whose roles seemed to reflect her independent spirit, although she disputed it.

“The public sees me too much as they see me in films where I’m always playing unorthodox characters,” she once said. Yet she also confessed to throwing herself completely into her roles.

“The love, suffering and happiness I experience in life appear in my movies, become an integral part of them. When I see a film after I’ve made it, I see my own life before me,” she said.

Beyond her love affair with Cardin, with whom she starred in the 1973 film “Joanna Francesa,” the actress had close links to the fashion industry. She wore designs by Gabrielle Chanel for her role as Juliette de Merteuil in Roger Vadim’s 1959 adaptation of “Dangerous Liaisons” and was dressed by Hubert de Givenchy in Jacques Demy’s “Bay of Angels” in 1963.

A longtime supporter of Yves Saint Laurent, Moreau represented an ideal of Parisian elegance, though she was equally at ease in a masculine register, telling WWD in 2004 that she liked to wear men’s suits custom-made for her by then Dior Homme designer Hedi Slimane.

Giambattista Valli was among those posting tributes to Moreau on Instagram.

“31.07.2017 11:08 #foreverjeanne #forevermylove #lafranceisinyourvoice,” he wrote alongside a picture of a blonde Moreau, in a white bustier, puffing on a cigarette.

Moreau released several albums, once performing with Frank Sinatra at Carnegie Hall, and was a close friend to major literary figures including Marguerite Duras, Jean Cocteau, Jean Genet and Henry Miller. She has been linked romantically with Malle, François Truffaut and Tony Richardson, among others.

She was married twice, to fellow actor Jean-Louis Richard, with whom she had a son, Jérôme, and to American director William Friedkin.

“I’d been thinking about her for weeks. She was intransigent, profound, charismatic, unpredictable yet kind,” editor Joan Juliet Buck posted on Twitter. “She lived on a deeper plane than most, and her films will never be forgotten. Watch ‘Jules et Jim’ again and hear that incomparable croaky voice sing ‘Elle avait des bagues à claque doigt…’”