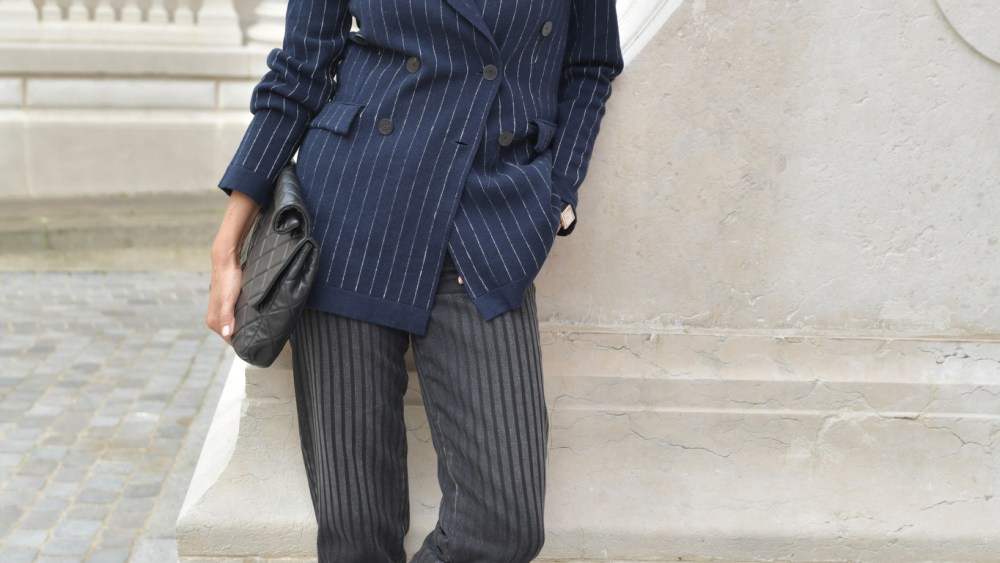 “It’s astounding, because we know less than we imagine about Chanel,” house ambassador Vanessa Paradis said, once she had finished touring the “Gabrielle Chanel: A Fashion Manifesto” exhibition with Palais Galliera director Miren Arzalluz. “The Chanel of the Fifties, with her suit, is well embedded in the collective unconscious, but it starts in 1916 and these magnificent outfits. Daywear, eveningwear but even some outfits [fit] for the stage.”

Performing was heavily on the mind of the French singer and actress, who is preparing for her theater debut in 2021 in “Maman” (Mommy), a play written by her husband Samuel Benchetrit, where she plays a woman whose life is upended by a chance meeting. Despite having regularly performed, she was feeling a touch of stage fright. “I know the stage well but with the vibration of musical instruments, so this is a completely different feeling. But it’s also such a peculiar moment that you wonder if you’re even allowed [to perform in public] or if people will come to the theater.”

Returning to the stage was still a while off for another house ambassador, Canadian songstress Charlotte Cardin — no relationship to the French couturier, “unless our ancestors were one big Cardin family here in France at some point a very long time ago” — who is looking at touring in 2021 with her soon-to-be released first album, “Phoenix.”

In the meantime, she was in the French capital to work on its promotion and catch the exhibition. She, too, was taken in by the lesser-known years of the couturier’s work, especially the high-low blend that made Coco’s fame. “I love mixing it up, [pairing] a Chanel jacket with sneakers or just vintage jeans,” she said, making the colorful crystals on her black quilted jacket dance. “[I picked it because] I love that it kind of looks like a bomber jacket and is a bit casual, but at the same time does have a bit of bling to elevate it.”

Such detailing has always been the key to Chanel’s lasting success for Caroline de Maigret. “But it doesn’t have to be huge. Elegance à la Chanel is timeless. That’s the trick, you’re never out of fashion,” said the model and author of “How to Be Parisian Wherever You Are.”

While the creative destiny of Mademoiselle Chanel unfolded in the museum, actress Anna Mouglalis revealed the tour dates for “Mademoiselle Julie,” the play in which she is the titular character had been postponed. In the meantime, she had wrapped up filming for an adaptation of “Happening,” an autobiographical novel by French author Annie Ernaux dealing with her experience of abortion in the Sixties, before French reproductive rights laws opened women’s options.