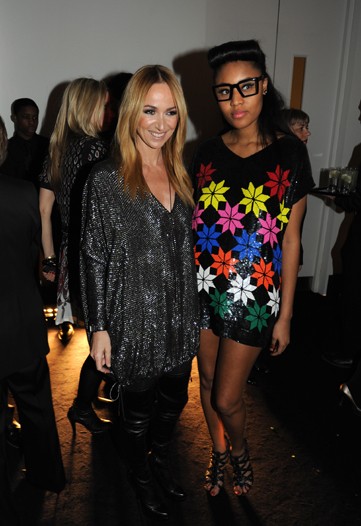 After dinner, guests gathered in a candlelit, pop-up club at the gallery to listen to Richard Ashcroft, The Verve’s founder and front man, perform live as waiters passed around trays of desserts, including Gucci red-and-green macaroons.

Daisy de Villeneuve proudly showed off her tiny white leather Gucci clutch – but admitted she was forced to edit the contents before leaving home. “I had to toss out my compact ­ and my glasses ­ because they wouldn’t fit. The result is that I can’t really see anyone,” she said.

Erin O’Connor, who was dressed in a green and blue Gucci halter gown, gushed about Giannini. “It’s so nice to have a woman designer at Gucci ­ and someone who doesn’t have to rely on the archives to move the fashion forward.”