While some guests chose to don face masks, celebrities like Jane Birkin, Miles Teller and Benjamin Biolay opted to go without. 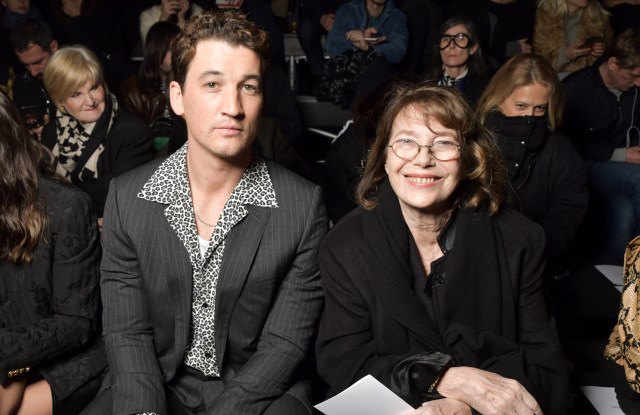 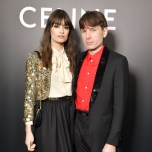 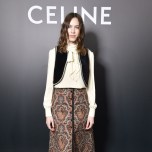 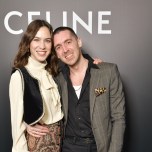 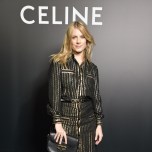 UNMASKED SINGERS: Carla Bruni coughed demonstratively as she reached her seat at the Celine show. Hacking away, she sat down next to fellow musician Benjamin Biolay and extended a hand. “I’m joking, obviously — sorry,” the model and former French first lady said with a smile.

The outbreak of gallows humor was triggered by the sight of several face masks in the front row, marking a new stage in public anxiety over the coronavirus epidemic as it spread from Italy to France. French Health Minister Olivier Véran had earlier in the day reiterated that masks were ineffective in preventing the spread of the disease.

Shrugging off public anxiety over the epidemic, guests including Miles Teller, Isabelle Huppert, Alexa Chung, Miles Kane and Alex Kapranos turned out for the show, staged in a tent at the foot of the Invalides in Paris. “I’m feeling fine for the moment,” said a smiling Jane Birkin.

Fresh off recording a new album with Étienne Daho, she was preparing to take her “Birkin/Gainsbourg: The Symphonic” tour to Montreal, New York, Montreux and Moscow. The New York show at the Beacon Theater on March 6 will feature special appearances by her daughter Charlotte Gainsbourg and punk icon Iggy Pop.

Biolay was more worried about the impact of the coronavirus on his travel plans.

“I’m in pretty good health, so I feel relatively serene, but when you hear the word ‘pandemic,’ it’s always a bit worrying. And since I organize public gatherings, I think about it, obviously,” he said. “Having said that, I’m not sure it’s a very good idea to wear a face mask to a photo call.”

The French musician and actor is scheduled to tour Latin America next month, including a concert in São Paulo, where Brazil just confirmed its first case of coronavirus.

“I’m also supposed to attend some Formula One Grand Prix, which right now are all looking absolutely uncertain,” added Biolay, who is a keen auto racing fan. “So I’m going to enjoy this show even more, because there may not be any more over the next few months.”