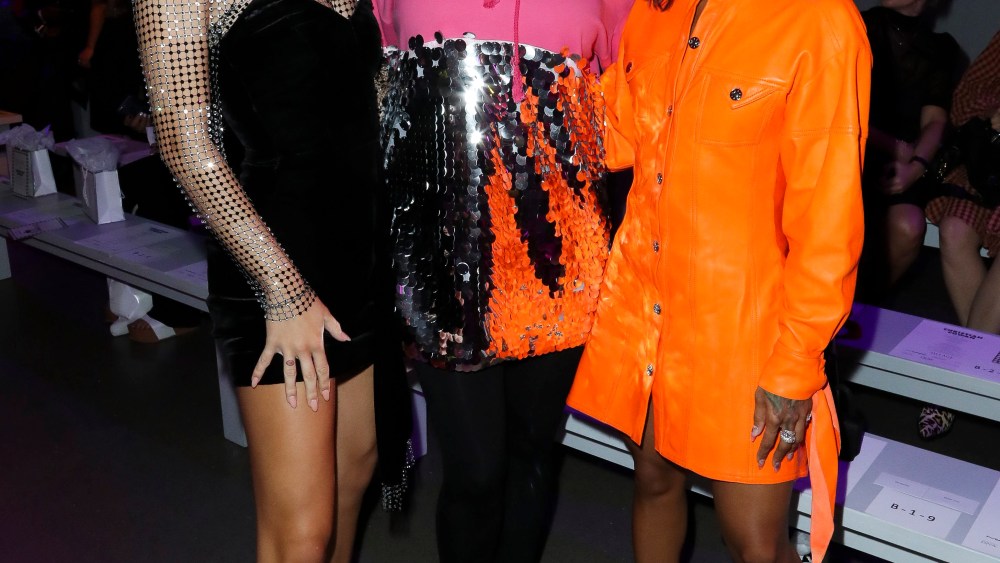 “Sex and the City” was in the building.

Or Jason Lewis was, at least, chatting with seatmate Michael Strahan at Christian Cowan’s runway show at Spring Studios on Monday. Strahan was there supporting his new talk show host Keke Palmer, who walked in the show.

“I’m with my girlfriend, and we’re on a long, extended date,” = Lewis said of his fashion week tour. “One of the first things I first fell in love with about fashion is its creativity and its expressionism, and [Cowan] doesn’t hold back.” Other show highlights from his week included Baja East and Rebecca Minkoff. “Bless her — what a lovely human being she is, too,” he added.

Erika Jayne has been making the rounds all week, as well, after performing in the VFiles show at Barclays Center in Brooklyn, where she and Brooke Candy debuted their new song “Drip.”

“I love when people take risks. Fashion is a place to showcase your personality,” Jayne says. “I’m here today because I enjoy Pop Art and color and fashion with a good time and not so serious.”

J. Alexander offered up a few more adjectives to describe Christian Cowan’s appeal: “Simple, easy, young, fresh, exciting,” he said, taking his seat as Nikita Dragun, in a feathered tutu-style skirt, slotted herself in the seat next to him just before the show’s start.

“I tried to get my ass in an Uber pool,” she exclaimed.

From Fashion Week to the United Nations

Taking a Stance and Seat Front Row at Prabal Gurung