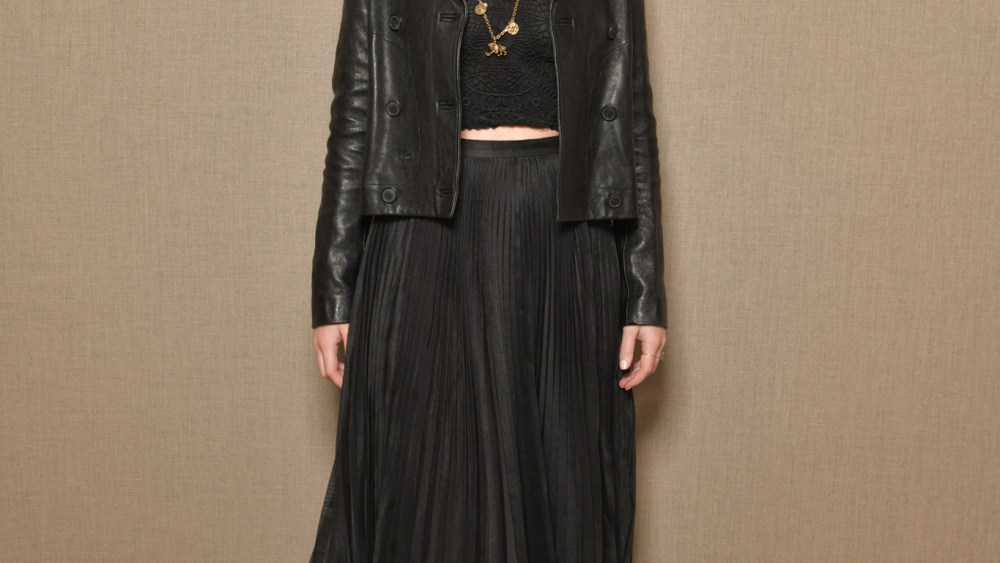 MAGICAL FOREST: It was almost like Narnia’s magic wardrobe. You wouldn’t expect that after entering a huge wooden box planted in the middle of the Longchamp racecourse in Paris, you’d stumble into a forest made of strict rows of birches, willow and olive trees.

The set for the Dior spring 2020 show on Tuesday, created in collaboration with Paris-based landscape and urbanism collective Coloco, featured 164 trees, their roots bundled up in burlap, that will subsequently be replanted in four locations in and around the French capital.

“We have a lot of birches in Germany, but they don’t grow the same way in France,” said photographer Ellen von Unwerth, who is gearing up for the opening of her retrospective exhibition at the newly opened Fotografiska museum in New York. “So I’d like to take that one home.” She pointed to one of the shrubs part of the set.

“All of creation comes from nature. We need to remember that we need nature but she doesn’t need us,” mused the actress, whose fondest memory of filming in a forest was when she starred in “Tears of the Sun” alongside Bruce Willis. “We have to be respectful.”

Guests, including Héloïse Letissier, aka Chris of Christine and the Queens, Laëtitia Casta and Marisa Berenson, crossed through the line of trees to make their way to their seats. Some of them swapped tips for sustainable living: Morgane Polanski, who is also an ambassador for the #NoMorePlastic movement, has completely eschewed plastic bottles, while Baptiste Giabiconi is religious about recycling.

“I’m not a big gardener, but I am trying to grow things at home at the moment. I’d love to grow my own food, like tomatoes,” said the model, who got his big break when he was discovered by Karl Lagerfeld. “I’m thinking about getting some chickens.”

Natalia Vodianova, whose eldest son is of similar age to Greta Thunberg, has closely been following the activist’s movements.

“With all the recent events that have happened, from the fires in the Amazon and in Russia, the G7 summit and Greta Thunberg pushing the younger generation to speak up about their future, it would have been very ignorant of fashion not to pay attention,” she said. “Maria Grazia Chiuri is one of the most powerful voices when it comes to using fashion to communicate messages that have a wider importance in life than just what we are wearing.”

The model first heard of the 16-year-old activist via her son. “He was preparing for the climate march in Paris and talked about it for days beforehand, spending ages preparing posters with his friends. Soon after, I read something on the news and put two and two together. He then told me all about it. Concern for environmental issues have almost become the norm for his generation.”

Did the ubiquitous braids on the runway nod to Thunberg’s signature hairstyle? In any case, former “The Vampire Diaries” actress Nina Dobrev was a fan.

“Braids have never gone out of style,” said the actress, who stars in the movie “Lucky Day.” “I wore them as a child, as a teenager, as an adult and I probably will as a grandma as well.”