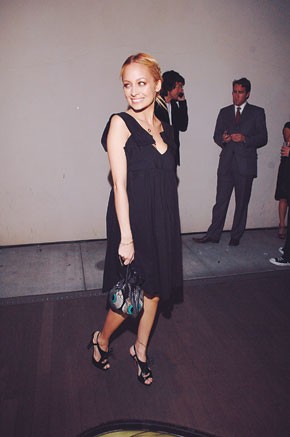 Just as at any hot party, the door was chaotic. Security and publicists played the fire marshal card an hour into the fete, claiming the crowd was at capacity. But when Juliette Lewis was rushed in, it became clear that there was space for certain people. “Well, they have to take pictures of her,” one guard said.

Inside, Nicky Hilton stood in a corner texting, while Ginnifer Goodwin laid low with an old friend. The celebrities, for the most part, were on their best behavior. Prada staff, however, let a little too loose, drinking and dancing around the room in a state more befitting a frat house than a den full of silk- and chiffon-clad fairies.