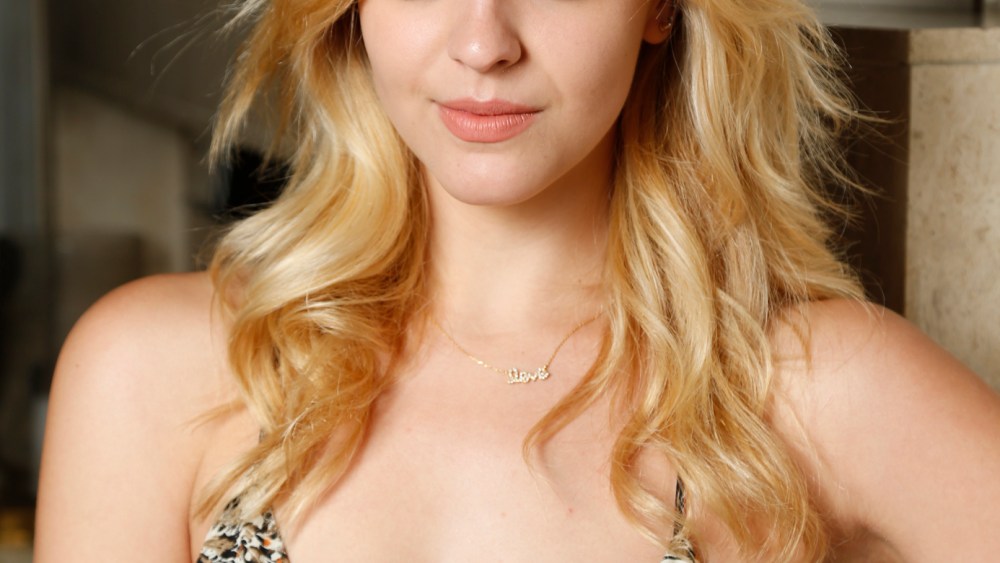 After years working as a child actress, Gage Golightly is graduating to the big leagues. And she can hardly believe her luck.

“Are you kidding me?” she says in her trademark tone. “Like, it’s stupid.”

The 22-year-old is incredulous because she’s one of the stars of “Red Oaks,” the campy comedy set in an Eighties, New Jersey country club that’s debuting on Amazon on Friday. In light of Amazon’s recent critically acclaimed series like “Transparent” and “Alpha House,” Golightly is at the perfect spot in her young career, and she knows it.

In the 10-episode series, the “obnoxiously good” Craig Roberts plays a tennis pro in search of self-discovery and Golightly is his all-American, slightly mischievous girlfriend. Popping up as supporting players are comedy all-stars Richard Kind, Paul Reiser and “Jennifer frickin’ Grey,” as Golightly put it.

“All of us got along incredibly well. There was no drama, which is stupid cool,” she said, employing a favorite phrase. “Plus, it’s the perfect network.”

Golightly grew up in Penn Valley, Calif., on a 12-acre property with “every animal you could imagine.” Now, she was somewhere very, very different: Manhattan’s London Hotel, the morning after the show’s premiere at the Ziegfeld Theater, chatting with a reporter over breakfast.

When she was eight, she declared she wanted to be an actress and, with the rest of her siblings out of the house, she and her mother headed to Los Angeles for the young Golightly to be discovered.

“We stayed in a little hotel near the Burbank airport and we literally just sat by the pool all summer until we heard a kid talking about acting, and we followed him to a manager and sat on the manager’s doorstep for, like, three weeks before she would even see me,” she said, sounding like a street-wise veteran. “People now are like, ‘How do I get into acting?’ and I’m like, ‘Uh, I don’t know, be eight with a rad mom?’”

She’s worked consistently since then, notably on Nickelodeon’s “The Troop” and MTV’s popular soapy series “Teen Wolf.” Now that she’s on “Red Oaks,” she’s not taken her success for granted. Initially, her character was going to be a broad caricature.

“I was this bimbo-esque girlfriend who was like, ‘I just want to get married and have babies,’” she said. But she fought against it, telling the writers in her signature sass, “Yeah, not gonna roll that way.” Luckily, they agreed.

Though the series hasn’t been renewed yet, she has high hopes, even if only to spend more time with the cast: “I get paid to go work with people I’ve admired since forever and I get to learn from them?” she said. “What? I would pay to go sit and be a fly on the wall!”