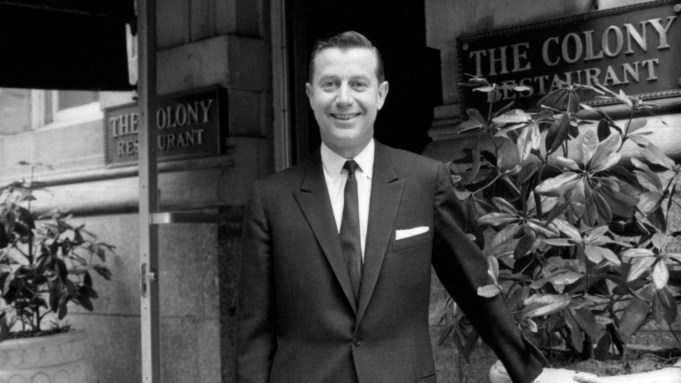 During the Fifties and Sixties, The Colony served as a lunch haunt for New York high society. WWD’s John B. Fairchild frequently stationed the paper’s photographers outside the restaurant to document the socialites and celebrities who went there to dine — inspiring him to coin the phrase “Ladies Who Lunch.” Regulars at The Colony included Jacqueline Kennedy, Aristotle Onassis, Diana Vreeland, Jean Smith, Truman Capote and Babe Paley.

Gene Cavallero Jr., who took over the restaurant from his father, ran the institution until it closed in 1971. He died earlier this month at age 92, but the memories of The Colony live on. As one former patron recalled recently, “It was like a club — a very fun club.”

Here, some photos from the WWD archives of The Ladies of The Colony.