By Samantha Conti and Natalie Theodosi on December 26, 2016
View Slideshow 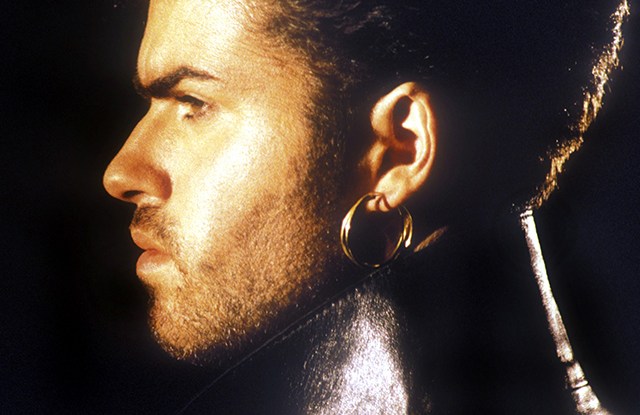 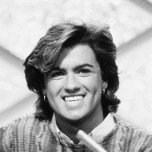 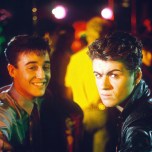 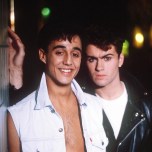 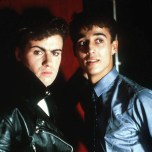 LONDON — The pop music world has lost another talent this year, George Michael, who died at his Oxfordshire, England home, aged 53, on Christmas Day.

According to his manager, Michael Lippman, the cause of death was heart failure, and British police are not treating the death as suspicious.

Michael’s death is the latest in what has been a calamitous 12 months for musicians, with the passing of David Bowie, Prince, Leonard Cohen, and Rick Parfitt among others.

Michael rose to fame in the Eighties with a string of hits by Wham!, the two-man pop band he founded with Andrew Ridgeley. He later forged a successful career as a solo artist, selling more than 100 million albums.

The Wham! Classic “Last Christmas” is currently No. 16 in the UK charts. It was first released in 1984.

During the Eighties, Michael was one of a legion of British musicians – along with Duran Duran and Boy George – to embrace androgyny, wearing eye makeup, highlighting his thick mane of hair with blond streaks, and donning stacks of glow-in-the dark bracelets and fingerless gloves.

In those years he was never without his white, loose Katharine Hamnett slogan T-shirts, reading “Feed the World” or “Choose Life.” He later swapped his colorful clothing for lots of black leather and shorter hair.

He had also cultivated close friendships with some of fashion’s most popular faces: The video for his hit “Freedom ’90,” released in 1990, featured the decade’s supermodels, Cindy Crawford, Naomi Campbell, Christy Turlington, Tatjana Patitz and Linda Evangelista.

At the time, it took quite a lot of convincing by Michael to have the models take part in the video.

“He thought it would make us into a big deal, that it would be good for us. I was like, ‘Please, we’re here. We’ve already arrived!'” Evangelista recalled during an interview with Vanity Fair. “Little did I know that to this day, when someone meets me for the first time, they bring up that video. That’s what they remember. So yeah, George was right.”

Two years later, Evangelista agreed to take part in Michael’s “Too Funky” video, alongside Eva Herzigova and Tyra Banks. The video re-creates a runway show by Thierry Mugler, complete with leather bodysuits and body-hugging gowns – and Michael as the director.

In 2012, Michael filmed his song “White Light” with another popular face in fashion: Kate Moss. The two also graced the October 2012 cover of French Vogue.

Michael began his career as a teen heartthrob, and evolved into a successful, but more complicated figure, churning out best-selling albums as he struggled with his sexual identity and depression.

He fell foul of the law on more than one occasion with sex and drugs-related offences. As recently as 2010, he was handed a prison sentence for driving under the influence of drugs, and crashing his Range Rover into a London shop.

In 2011, he had a brush with death after suffering from pneumonia, but made a recovery and was most recently working on a new album with the producer and songwriter Naughty Boy.

According to the BBC, a documentary film “Freedom” – named for his 1984 Wham! hit – was due for release in March.

Following news of his death, friends and fans of the pop star took to social media to pay tribute to him.

“Feeling very honored to have been part of George Michael’s Freedom 90 video. His bravery inspired all of us,” Cindy Crawford wrote.

Fellow supermodel Campbell shared a snapshot from the Freedom ’90 video and said, “Too much loss. May you R.I.P George Michael. The man with the Golden Angelic voice.”

Sir Elton John, a close friend of Michael’s, wrote: “I am in deep shock. I have lost a beloved friend – the kindest, most generous soul and a brilliant artist. My heart goes out to his family and all of his fans.”

Michael’s Wham! band member Andrew Ridgeley posted the following on Twitter: “Heartbroken at the loss of my beloved friend Yog. Me, his loved ones, his friends, the world of music, the world at large. 4ever loved. A xx.”

Heartbroken at the loss of my beloved friend Yog. Me, his loved ones, his friends, the world of music, the world at large. 4ever loved. A xx https://t.co/OlGTm4D9O6

Boy George Tweeted: “He was so loved and I hope he knew it because the sadness today is beyond words. Devastating.”

“George… You inspired, you filled the room with no apology and filled my childhood with such moments of magnificence… I am so sad that you have left us with sadness in our souls…I am proud to have known you. What a sad end to such a happy day,” wrote Stella McCartney.

Mary Katrantzou shared the cover of Michael’s second solo album, “Listen Without Prejudice,” while Italian accessories designer Paula Cademartori paid tribute by describing Michael’s influence on her when she was young: “Thank you for your music and for being part of my childhood making me dance all the time,” she said.

Donatella Versace shared a black and white portrait of the singer with an accompanying caption that read: “Goodbye my dear friend. He is waiting for you in heaven.”