With galleries in New York City and Berlin, Bergès plans to open a third one this fall.

As a private art dealer, Georges Bergès prefers working with collectors and artists he likes personally — not just professionally.

Having studied clinical psychology before fully submerging himself into the art world with the opening of a SoHo gallery around seven years ago, Bergès is as interested in the individuals behind the paintings and sculpture he sells as the actual work. In recent days, his association with one of the 17 artists that he represents — Hunter Biden — has garnered attention. The White House has greenlit an arrangement for the president’s son to sell his artwork for thousands of dollars without knowing the buyers’ identities to try to avoid any potential ethical concerns. Critics have challenged that set-up, calling into question the possibility of buying art in exchange for favors.

Known as a lawyer and lobbyist, Biden’s artistic career was news to many. But Bergès said they have worked together for three years and insisted on the privacy of the exchange. Under the Trump administration, the U.S. Justice Department investigated Biden’s finances and previous business dealings. No criminal activity has been proven and Biden and his father have repeatedly denied any wrongdoing.

In an interview Monday, Bergès discussed his relationship with Hunter Biden, calling him a “great artist” and praising his sobriety several times. Bergès said he opened his own gallery — after years of working with artists on pop-ups — to have a more lasting effect on their careers. Bergès aimed to create a gallery built on interpersonal experiences.

The late art dealer Leo Castelli, known for his human touch with artists and his impact on the art world, was an idol of Bergès’, whose gallery at 462 Broadway is a block from where Castelli had his. When scouting locations, Bergès was unfazed that SoHo had become more of a destination for brand-name shopping than gallery-hopping. The neighborhood’s artistic history still resonated with him. A frequent traveler, Bergès said he knew he would always be looking outward so his New York address mattered less to him more than what others were telling him about what the market was dictating. “My collectors were going to be global anyway,” he said. (There is also a Georges Bergès Gallery in Berlin.)

Interestingly, art was never a focus as an undergrad, though his clinical psychology studies touched upon art therapy at one point. After graduating from University of California in Santa Cruz and before enrolling in graduate school at Seton Hall University, Bergès spent a few years in Europe working with artists and “selling art constantly.” At the age of 27, art became his professional focus.

His roster consists of 17 artists, including Laddie John Dill, Wonsook Kim, Hisako Kobayashi and Rashid Al Khalifa. This fall, Bergès’ marquee show will be with Todd Williamson, a former Venice Biennale participant and winner of the Pollock Prize for creativity. His choice of Williamson and not Biden for the important fall show is based on merit, he said.

The value of relationships, which Bergès feels has largely been lost as the art world has become more corporatized, is important. That management style and business approach “have become a huge strength for me globally because my collectors know me,” he said. “They also know the kinds of artists that I work with, how I represent them, how I advocate for them and how I believe in them. I wouldn’t sell any of my collectors a work of Hunter Biden or anybody else for $50 or $500,000, if I didn’t believe it was worth that. My commitment is to my collector as much as it is to my artist.” 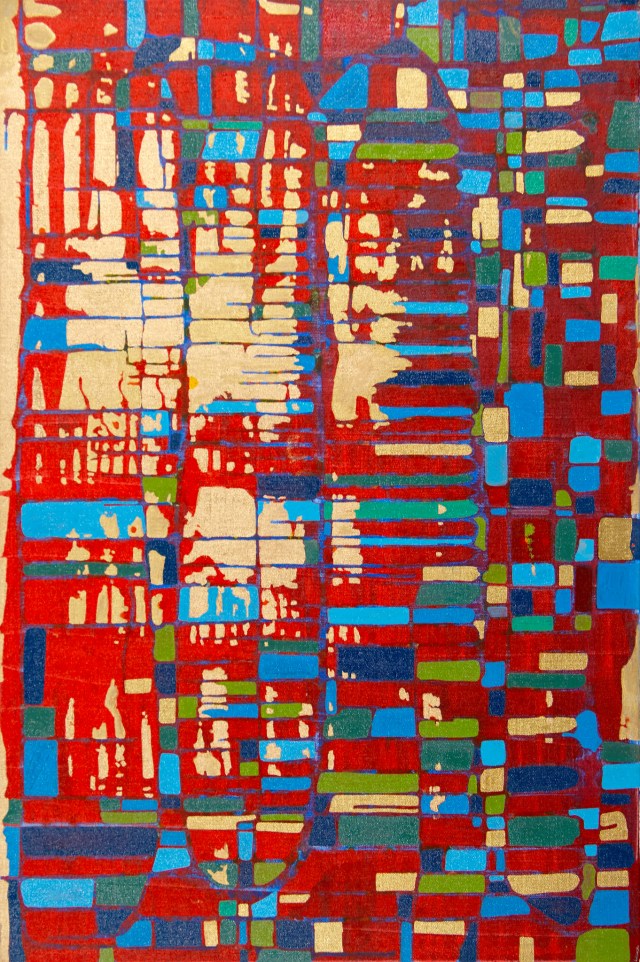 Those collectors, and presumably new ones, will soon have a third Georges Bergès gallery to explore when one bows in Los Angeles this fall. An exhibition of Biden’s work will be previewed in September in California before its opening in October in the New York.

Bergès and Biden first connected through a mutual collector friend. “I’m not very much big into politics. Obviously, I knew the vice president. But I didn’t think his dad was going to be president or run for president,” Bergès said.

Despite having worked closely with Biden, who has publicly struggled with substance abuse issues, for three years, Bergès did not announce that his gallery represented him until eight months after Joe Biden was elected. The nation’s divisiveness made Bergès apprehensive. “I really wanted to focus on the human story. It’s a very American story. It’s a redemptive story. To me, I don’t care what you did or how you fell, or the wrongs that you did. But what did you do right? How did you stand up? He’s living a good life. He has a good family. His wife is great. And he’s staying sober.”

After meeting Biden and hitting it off, Bergès said he considered his standard criteria for taking on an artist: “Do I like the work? Will working with them take them to the next level and will I benefit from this relationship? And do I like them personally?” The two bonded over poetry, their interests in writing and books by Campbell and Walt Whitman, Bergès said. Recalling that 2018 introduction, Bergès said, “I felt like I can really work with this guy.”

The two men now talk daily, as the gallery owner does with his other artists. “I honestly didn’t think his dad was going to run for president, get nominated or win,” he reiterates. “It would have been a really big long shot for me [to say], ‘Oh, I’m going to work with this guy because his dad is going to be president.'”

“It’s always presented that his dad became president and now he became an artist. Nothing can be farther from the truth,” Bergès continued. “People are saying he’s capitalizing on this or that. He is who he is. He can’t run away from who he is — good and bad. The artwork is really a reflection of the totality of his life experience.”

Bergès said Biden dedicated himself to his art, which became “a refuge” while he was getting sober, saying that, “People buy art not just for the exchange value. There is an intrinsic value. It gives you a sense of status. People buy a Picasso or a Warhol for a variety of reasons. They want to hang it in their homes to show their friends they have one. That could be a motivation for a Hunter Biden — for status or whatever reason. That also affects price.”

Speaking to the anonymity factor, Bergès said, “Sotheby’s and Christie’s do not reveal who buys or sells their work. The reality is if I own a business and I want to buy a Hunter Biden, but my clientele is Republican and Democrat, I don’t necessarily want everyone to know that I bought a Hunter Biden.…If Gagosian has a Picasso show, you don’t reveal everybody who bought the work. With luxury items, there is a sense of privacy for a variety of reasons. But I understand the issues and we’re doing everything we can.”

Asked about the allegations of favors in the Ukraine, Bergès said he didn’t know anything about that. Bergès said, “All I know is I’m an art dealer. I’m working with an artist. There are measures being taken to make sure that things are done well. I don’t have any access to the White House or anybody. I don’t know anybody in that world. I wouldn’t even know who to pick up the phone to call.” As for former Obama White House ethics chief Walter Shaub’s recent critical tweet about outsourcing government ethics to an art dealer, Bergès said he had no comment.

The Bergès gallery was vandalized Friday by Rodrick Webber, who spray-painted “DADDY” on the a gallery wall and damaged a painting. The 47-year-old Webber has been charged with criminal mischief and assault. When approached by a gallery employee, “the individual assaulted him,” according to the New York City Police Department. Webber allegedly spoke derogatorily to the arresting officers. Georges Bergès Gallery staff is on high alert due to numerous threats, including death threats. 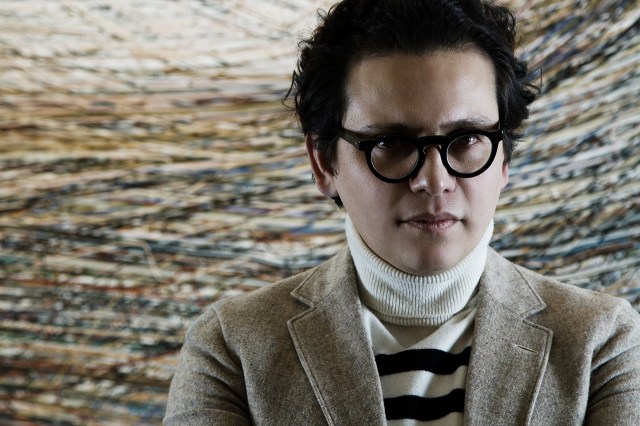 Dealing with security and safety concerns related to an artist’s work for the first time, in the case of the first son, Bergès said, ”There’s part of me that knew that this probably could have happened. But I’m in the art world. I’m not in the political world. I’ve never experienced such blind anger. It’s worrisome for the country as well.”

From Bergès’ perspective, “People need to calm down. Ultimately, Hunter is a great artist. It’s a redemptive story. It’s a positive story. How many people face addiction, have money to spend or whatever and choose the easy path, which is to continue their addiction, possibly ending up dead. He chose the hard path. It’s not easy to get sober. That’s why most people don’t get sober. They talk about the lewd pictures and all of that. But you know what? Addiction is ugly. This is why people quit.”