Getting Ready for Marc Jacobs With Kim Petras 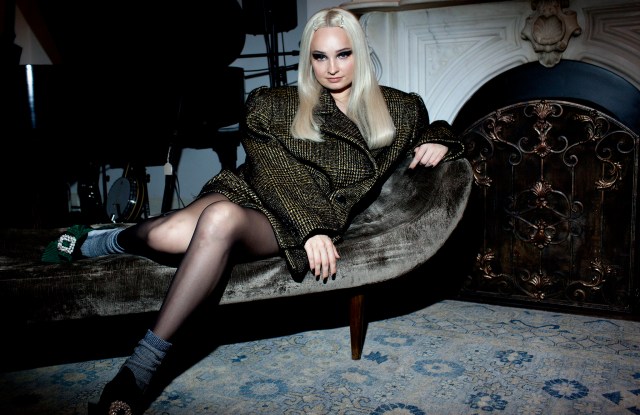 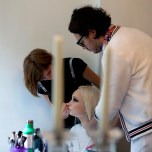 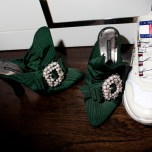 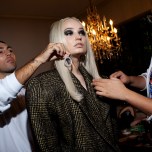 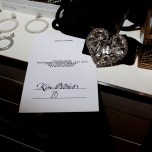 Walking up the stairs of the Greenwich Village apartment building Kim Petras’ manager lives in, it’s unmistakable which belongs to Team Petras despite the fact that none of the apartments are numbered. The door is propped open and pop music is streaming out; inside, a box of Balthazar pastries and jugs of Diet Coke are keeping her team fueled as they near the finish line of New York Fashion Week (the vodka, they joke, was emptied long ago).

Petras, the 26-year-old German-born pop singer, is in town attending her first NYFW, and she’s been making the rounds. She’s now getting glammed for the grand finale, Marc Jacobs, for which she will wear an oversize blazer, tights, thick socks and jeweled mules. This is after she already took in Opening Ceremony, Jeremy Scott, Christian Cowan, as well as attending parties for Anna Dello Russo, Tommy Hilfiger and Harper’s Bazaar.

“I remember being in Germany, buying Vogue from my pocket money, just dreaming of going. And that being so far away. And cutting pictures of Gemma Ward and Lily Cole and Naomi Campbell out of magazines and making collages,” says Petras, her hair flat-ironed and a heavy, dark lid applied. “Usually when it’s fashion week I’m just on my phone, checking all the shows that are happening. So it’s a total dream. And all the people are so excited and nice, and I just love the energy at the shows.”

Such a demanding schedule has meant many a backstage quick change —the record being six in one day.

“You change in the car and really struggle to get it on in time and you’re running in and out of the shows, you don’t have time for anything,” she says. “It’s kind of really great. I kind of loved it. Flashing people in the cars next to you was great; it’s totally my vibe.”

Her own look changes just about as often.

“My style icons? I think everybody loves Rihanna; Rihanna is amazing. I love Eighties Madonna, Freddie Mercury, Billie Idol. I also love old movie stars: Bette Davis, Marilyn, Audrey, those classic Hollywood people,” she says. “I feel like I mix everything that I like. I like being flashy sometimes, some days I don’t, some days I want comfortable sporty stuff. And some days it has to be heels, so I feel really alive. Every day’s a different kind of vibe and I want something else.”

Following fashion week, she heads to L.A. for 10 days of rehearsals ahead of her fall tour with Troye Sivan, after which she’ll be right back in the studio.

“I have an album’s worth of songs ready; I have surprise projects and collaborations dropping while on tour,” she says. “I always want to have at least five songs finished, to scheme and plan when to drop them. The studio is my favorite place; that’s why I am here, it’s music. I started with songwriting in Germany when I was 13, and really became a good songwriter and now I get to do my artist projects. I just really feel that especially my first year, I want to keep dropping so much music, just back to back.”

Her looks on tour will be just as elaborate as she’s approached fashion week.

“We’re getting stuff tailor-made. But I don’t think I’ll tell,” she says, grinning.

Michael Kors Just Wants Everyone to Hang Out and Relax