The documentary follows young model hopefuls — including Nadya Vall, a shy, lanky blonde — as they try to break into the industry. 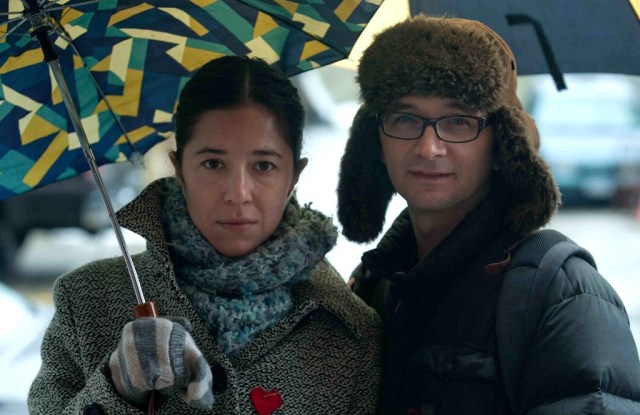 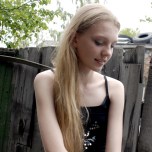 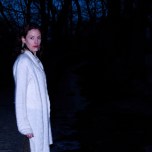 Blanketed in snow for six to eight months of the year and dotted with pockets of poverty, one of Siberia’s exports in addition to gas, oil and metals is beautiful young girls. “Girl Model,” opening Wednesday, tells the story of one, Nadya Vall, a shy, lanky blonde who is not entirely convinced of her own beauty. “I’m such a gray mouse,” she whispers self-consciously to the camera.

The title of the documentary, directed by David Redmon and Ashley Sabin, comes from the slightly demeaning industry slang for models — girls — and the fact that Vall and her fellow hopefuls are 12 and 13 years old.

In “Girl Model,” scouts and agencies are complicit in advising their charges to tell prospective employers that they are 16. Despite few similarities between Siberia and Tokyo, a thriving model industry exists between the regions, facilitated by talent scouts such as Ashley Arbaugh. A former model, Arbaugh scours the Siberian countryside for new faces to feed to her Japanese clients.

“[Arbaugh] actually approached us with the idea for a film and that’s how we were made privy to that world,” Sabin says. “She wanted to be a whistle-blower in the beginning, but as the production progressed, she got deeper in the industry…and really pushed back against the film.”

Rachel Blais, another model featured in the film, says Arbaugh “got a job with one of the top agencies in New York as a top booker.”

“The business of modeling is not something I feel necessarily passionate about,” Arbaugh says in the film. “They love skinny girls in Japan. [Vall] looks young, almost like a prepubescent girl. The business is obsessed with youth, especially my business in Japan. Youth is beautiful. There’s a luminosity in the skin. That’s what my eye is trained to see for Japan.”

At a casting call in Siberia, Arbaugh asks would-be models their age and scrutinizes their hair, skin and weight. “I was the person who hated it most,” she says on camera of her days on the catwalk. “It’s based on nothing. Fashion is so boring to me these days.”

When Vall is chosen by a Russian agency to go to Japan, she’s elated. Before she leaves, her father shows off a series of unbuilt rooms designated for Vall and her siblings. “If Nadya makes a little money, we will build it,” he says. “We are very glad for Nadya and very worried.”

On a morning when lightning lights the sky and rain is pouring, Vall hugs her grandmother. “For me, it’s all like a dream,” she says. Arriving at the airport in Tokyo alone, unable to speak the language or find someone who speaks Russian, Vall’s optimism begins to fade. At times it’s clear that she is too young to be on her own in a strange country and is incapable of taking care of herself.

“I want to go home, Mom,” she pleads into the phone after a particularly difficult day. “I don’t want it at all. What am I eating? Nothing at all.”

Vall and her roommate Madlyn rush from interview to interview, only to be rejected.

“They said they’ll pay us $8,000 even if we don’t get work,” says Madlyn, who is so unhappy she gobbles candy, blatantly disregarding a clause of her contract that says the agency can send her home without pay if she gains one centimeter on her hips or waist. A few days later, she leaves Japan.

“Certain high-class agencies will help if you’re not making money as a model,” she says. “They place you in other places, too. It’s just normal to be a prostitute. Maybe it’s easier than being a model, I don’t know.”

Not long after, Vall returns home with one editorial photo to show for her efforts, her face three-quarters covered by a black wig. She owes Switch $2,000. “Now I see the world through different eyes,” Vall says. “I’m more grown-up.”

Two months after that, Vall leaves ninth grade and returns to Japan to try modeling again.