Actor Glen Powell discusses playing John Glenn in "Hidden Figures," and what he learned from Denzel Washington and Kevin Costner. 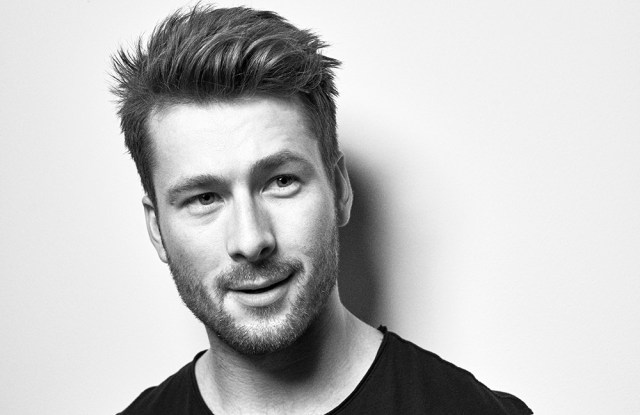 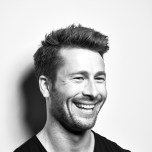 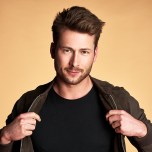 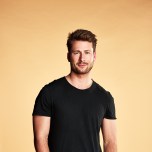 Say the words “all-American actor” to a casting agent, and chances are Glen Powell is on the short list. Those who appreciate his different but equally hilarious portrayals of smooth-talking college lotharios in “Scream Queens” and “Everybody Wants Some!” will soon get some more. The 28-year-old will next appear on the big screen playing astronaut John Glenn in “Hidden Figures,” which opens Christmas Day.

“After Chris Pratt passed, I got a shot at it, which is just how life works,” Powell said without a hint of sarcasm. “Chris Pratt gets the first shot at everything. Thank god he passed or we’d all be out of a job.”

It was a role he pursued with vigor, because, he explains, “There’s only so many great movies that come about every year. That three African-American women were responsible for one of the greatest American moments was completely unknown to most people. The script was so good and it’s such an intimate tale of a well-known moment. It’s one of the reasons you get into the movie business.”

Powell quickly bonded with the film’s male lead, Kevin Costner, whom he calls “a guy’s guy.” “He and I became good buds on this movie and I was talking to him about how he chooses things. He is very patient about what he’s a part of. He said, ‘After it’s all said and done, what did you put in the world?’ I’m pinching myself. I’m part of a movie that can change how little boys and girls see themselves in relation to the world.”

Growing up in Austin, Tex., Powell excelled at art and sports, having played violin in a youth orchestra and as part of an All-State lacrosse team. But he loved movies, and his parents supported him when he won a role in “Spy Kids 3-D: Game Over.”

But he has Denzel Washington to thank for getting him to Hollywood. “After we did ‘The Great Debators’ in 2007, he was the guy who said, ‘You should give this a shot.’” Powell signed with superagent Ed Limato and moved to Los Angeles.

“I never thought it was going to be a career because so many of my buddies had moved out here and worked as a waiter at Cheesecake Factory then went back with their tail between their legs,” he said. “Things weren’t really going well until the last two or three years. But Denzel said, ‘Don’t do bad movies because it’s the first three movies that you do that determines the tone for everything. People judge you on what you say ‘yes’ to. The more you say ‘no,’ the more the town understands what you want to do.’”

But Powell said it’s scary to say no. “I’ve done the day jobs and slung towels at the Beverly Hills Hotel. When you are the guy who’s not working, you feel really small. But at the same time you gotta be confident in your ability and know this is a long game. If you say ‘yes’ to good things, you will get good things.” Powell recently bumped into Washington at the Critics’ Choice Awards. “I went up to him and he goes, ‘I gave you a career. You owe me a lot of money.’”

Up next is another true-story drama, “Sand Castle,” about a soldier tasked with repairing a broken water system in an Iraqi village during the war costarring Nicholas Hoult and Henry Cavill. The movie is due in March with a wider release on Netflix, which paid about $13 million for the film.

Powell may also be reuniting with his “Everybody Wants Some!” director Richard Linklater. “I can’t divulge what it is or he’d kill me. I’m hoping to be Rick’s next Ethan Hawke. If I could work on a Richard Linklater movie for the rest of my life, I would,” he said.

Powell has taken notes from actors like Channing Tatum and Seth Rogen who also write material. He’s at work on a script for “Captain Planet,” a comedy based on the Nineties cartoon series “Captain Planet and the Planeteers,” produced by Leonardo DiCaprio. “It’s in the tone of 21 Jump Street or Deadpool,” he said of the tale about now grown-up Planeteers and a washed-up superhero. He said he’d love to cast “one of the Brads” (Pitt or Cooper) as Captain Planet and would be thrilled if Rogen and Evan Goldberg could direct it. “They have given us a lot of leash so we are swinging for the fences.”