“I think more people are going to be jumping into independent film in the future,” said producer/director/rapper Boots Riley. “It’s going to be like hip-hop in the early Nineties.” 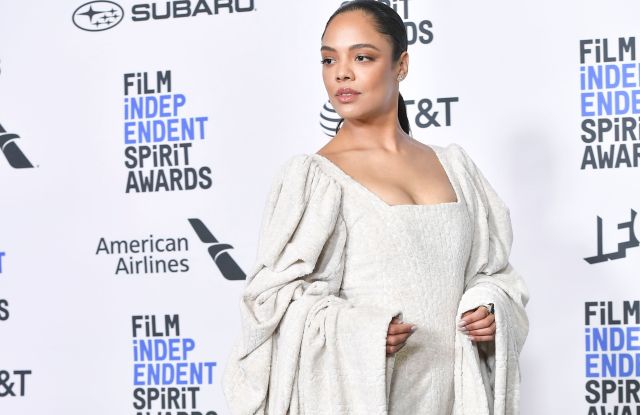 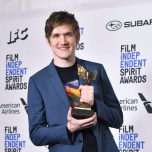 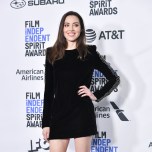 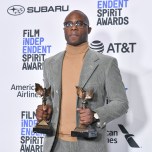 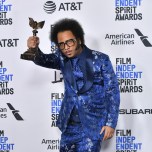 Uncharacteristically brisk SoCal winds over Santa Monica Beach sent actresses KiKi Layne, Yalitza Aparicio and Dakota Johnson rushing down the blue carpet before Saturday’s 2019 Film Independent Spirit Awards. But a handful of stars were determined to brave the elements to speak about the Hollywood film projects, which can require a similar degree of vigor.

“I’ve always loved, and I always will love, independent films,” mused Annie Starke, who arrived to support her mother Glenn Close (Best Female Lead winner) for “The Wife.” “I think it’s where brave people tell incredible stories and they do so with fervor. They fight for it and I love that.”

Serial indie filmmaker John Waters (“Hairspray,” “Pink Flamingoes”), who was dressed in a Walter van Beirendonck suit, noted that the battle is often at the bank. “When I was making independent films you could get more money because the studios were doing them,” he said. “The budget has gone way down for what you can get. We need the Spirit Awards more than ever. Today’s filmmakers have a harder time getting financed.”

However, Boots Riley, who directed “Sorry to Bother You,” expressed hope for the genre. “I think more people are going to be jumping into independent film in the future,” he said. “It’s going to be like hip-hop in the early Nineties.”

Homing in on their two nominations, LaKeith Stanfield noted, “This is an opportunity to shed light on other things that may not ever be seen and that’s a beautiful thing.”

Although not film related, those issues came to the surface after Riley won Best First Feature, when he sent a political message to the audience with his speech: “We should all be putting our voices out to stop the U.S. from having regime change for oil in Venezuela.”

Beyond the grit of creating with a scarce budget and a platform to create change, the recognized films also took some time to get made.

“I was attached to this film for five years,” Close noted of “The Wife.” “I have my agents to thank. We would put our heads together and say, ‘Shall we wait? Shall we wait? Yes, it’s worth it.’ We really believed psychically that Björn Runge was the right one to make the movie and he’s one of the best directors I’ve ever worked with. I don’t think my performance would be as powerful as it was without his direction,” the iridescent Sies Marjan-suited actress told the crowd.

Of “Suspiria,” which won the Robert Altman Award, Tilda Swinton said, “It’s a great relief to make that film because we planned it for so long and every year that would go by we’d say, ‘We’ve got to make ’Suspiria.’ and then 19 years later here we are. It’s a wonderful thing to have made it and have it in the world and for people to be receiving it in a way that they are, which is with enthusiasm. And they’re saying it’s new, that’s the most important thing. You try to make something that feels new. It’s nice to know that other people thought it was worth it.”

Starting the script for “Blame” at 15, now 23-year-old screenwriter Quinn Shephard arrived with her mother and co-nominee Laurie Shephard.

“I wrote the first draft of the film when I was 15 after I had done a production of ‘The Crucible,’” she said of the work, which garnered the duo a nomination for Best First Screenplay. “The film is a modern retelling of ‘The  Crucible’ in a high school. I was inspired by where I was in my life at that time, the things I was seeing around me and the way that I used to use theater and intersect it with reality. It wasn’t what it is now. I would not have been nominated for Best First Screenplay. It was a 15-year-old’s script, but my mom sat down with me right away and took it very seriously. She said, ‘I’m going to note you like you’re a professional screenwriter. I’m going to push you until this is professional.’ And she did. We have a story credit together because we sat for years. I would continue to turn in drafts and she would give me so many notes and so many thoughts and she would help me with the characters and pushed me to make it what it is now.”

Of their nomination, Laurie noted, “We have no expectations. We’re just excited to be apart of the celebration.”

Quinn chimed in saying, “I’m ready to party, to take these shoes off and dance in the sand.”