Ryan Murphy was also recognized with the Distinguished Collaborator Award, which was presented to him by longtime collaborators Sarah Paulson and Lou Eyrich. 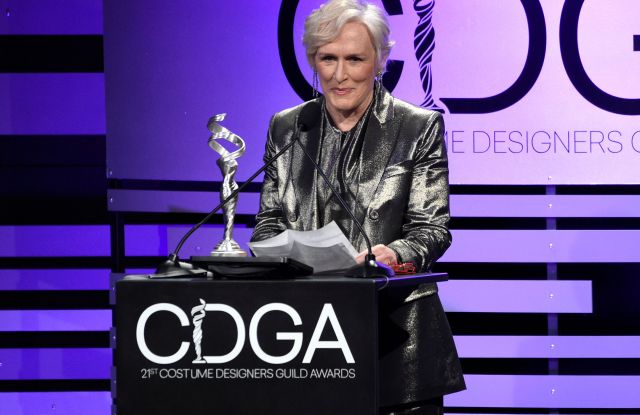 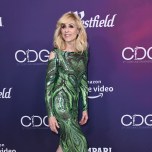 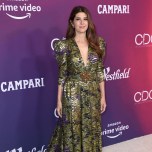 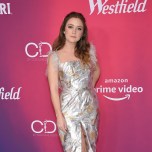 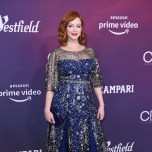 As a working actress for 45 years, Glenn Close knows a thing or two about the significance of costumes and the roles they play in building a character — so much so that she has saved almost every costume she’s worn — roughly 800 pieces — and donated her collection to Indiana University, where they’re being preserved in an archival facility.

“It will be used for educational purposes and they can use it for display and if anybody wants to dip in and borrow, that would be possible as well,” Close told WWD on the red carpet at the 21st Costume Designers Guild Award at the Beverly Hilton on Tuesday night. “It really represents my whole career. And I’m still adding to it.”

Given Close’s deep appreciation for the artistry, it’s no wonder she nabbed the Spotlight Award; “The Shield” costar Michael Chiklis and “Fatal Attraction” costume designer Ellen Mirojnick delivered the honor to her.

During her speech, “The Wife” actress paid a special tribute to the late Barbara Matera, recalling how the designer was an influential figure in her life after spending hours in her atelier. “For my very first movie [“The World According to Garp”], it was at Barbara’s that Jenny Fields’ nurse’s uniform came to life — all hand finished. I remember being astounded when I heard each one cost $500 to make,” Close, clad in a gold Max Mara suit, said with a laugh. “Everything was made at Barbara’s. I made a habit of having a costume parade through the workroom after every final fitting to show the ladies what they had brought” to life.

“I owe so much of my career to my beloved coconspirator, Lou. My entire creative life often begins and ends with her, quite simply. My shows always start with costume design, no exception,” declared Murphy, noting that he’s working with Eyrich on the Netflix series “Ratched,” starring Paulson, and finding the right color for the nurse’s uniform was key. (They finally settled on a Dorothy Draper-inspired aquamarine with a tinge of green, in case you’re wondering.)

To prove just how pivotal Eyrich is to Murphy, the prolific producer revealed that two years ago he made Eyrich a producer on all of his shows. “I did that because I feel that should be the industry standard for designers. While I was coming up for this contract with business affairs, I guess it had never been done — they were mystified — but I pushed it through and I asked the question, ‘I want to know what man makes more than Lou and I want Lou to make as much,’” Murphy said to much applause. “Costume designers are the cornerstone of any production, especially mine, and they deserve the money, the prestige, the power and the parity that comes with that.”

In addition to taking home the prize for her distinct designs in “Black Panther,” Carter was honored with the Career Achievement Award by actresses Halle Berry and Danai Gurira.

Carter reminisced about getting a call one morning in the late Eighties, with someone on the other line saying he was the man of her dreams. “Denzel?” Carter wondered out loud. Not quite, but the caller turned out to be the one and only Spike Lee, with whom she’d collaborate on many memorable projects, including “Do the Right Thing,” “Malcolm X” and “Chi-Raq.” She also praised directors Robert Townsend, John Singleton and “Black Panther” visionary Ryan Coogler for their visions.

“I’m constantly inspired and carry with me a message of perseverance and hope each character shares from film to film. There are pieces of me, in my heart, threaded in each costume,” Carter added. “Through costume design, I have held a unique vantage point, reaching generations of artists. I’ve become a historian and a keeper of a trust of stories, figures and characters together, who thread the past, present and future of the black experience. Thank you to the actors — you are my canvas and my muse.”