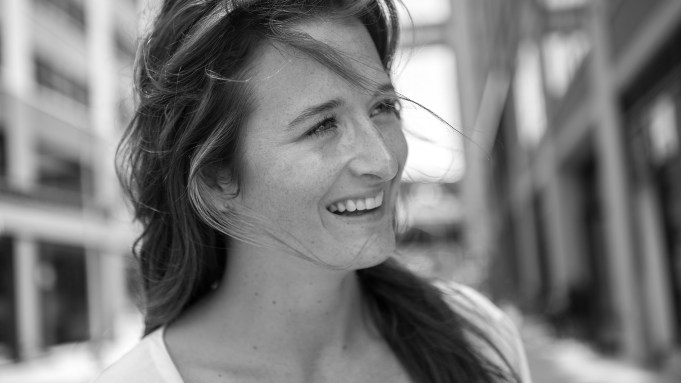 It’s not uncommon for a Hollywood actress in President Trump’s America to be politically outspoken, be it with a widely shared Instagram post or appearances at the Women’s March. It’s perhaps even more expected when your mother is Meryl Streep, whose 2017 Golden Globes speech led to her being called “one of the most overrated actresses in Hollywood” by Trump in a tweet following the ceremony.

But while Grace Gummer, 31, has forged her own career with roles in “The Newsroom” and “Good Girls Revolt” — and last year joined one of the most beloved shows on television, “Mr. Robot,” which returns for a third season on Oct. 11 — she remains her mother’s daughter and, with a series of film roles in the cards for 2018, feels the need for her work to have meaning now more than ever.

Sporting rusty red hair dyed for her “Mr. Robot” character Dominique, the naturally brunette Gummer says wryly that she was doubtful she would win the role on the Rami Malek-led series because she lacks “any sense of my own talent.”

“I feel like I’m very much aware of myself and how I am perceived to the world; I’m very much in my own body and she is so not. She’s just very different from me. But I went in there and because it was a brand new character, I felt like I wasn’t sort of catering to what they wanted or giving them anything I thought they expected from me, in a way,” she says, sitting in the DUMBO location of Australian coffee chain Bluestone Lane, around the corner from where she’s lived for the past several years.

The certain devil-may-care attitude seems to permeate a lot of what she does. Gummer got one of her upcoming film roles — the early 2018 film “Beasts of Burden” starring Daniel Radcliffe — from auditioning by taping herself in a bathroom in Mexico while there for a friend’s mezcal company launch. The project shot in Savannah, Ga., in December, bringing the actress to a freshly post-election Southern culture.

“Everything was so palpable…it was gnarly. It also felt like I had to make good art in the moment; that my great contribution to the world as an artist is to be good at what I do and try to make the best out of it,” she says.

Gummer isn’t shy about her political leanings, both on Twitter and in action — she and her actress sister Mamie were on the ground at the Women’s March back in January — and being in Savannah forced her to navigate the best way to engage in dialogue with people of different political beliefs.

“There was one moment in our hotel when I walked downstairs and I saw this woman wearing a ‘proud to be a basket of deplorables’ shirt, and I felt like it was my duty to give her the worst stink eye. And it was really interesting because she sort of laughed at me in like a way that was, ‘I don’t give a f–k what you think about me,’” she says. “But I’m so torn because I don’t want to look the other way. I feel like everything should start with a dialogue and a conversation.”

Engaging in conversation is, in her eyes, her call to duty.

“It’s s–tty to say, but there’s sort of a silver lining about all this, which is that everybody is awake and that it’s lit the fire under everyone’s asses,” she says. “Everybody feels a duty and responsibility to contribute and to know that if they want to make change they have to make change. You can’t just sit back and watch the House and the Senate. We have to do something.”

Her personal silver lining is that it’s made her hyper-focused as to what roles she wants to take on and where she sees her voice having the most power.

“I feel like I understand my place more in the world and the platform on which I stand to tell a story that means something that’s important to people, or gives joy to the world,” she says. “I don’t want to work just to work. That’s a waste of time for me. I’m lucky enough to be in a position to do that, thankfully. And I’ve been lucky to play such cool, strong people. That’s the strongest thing that I can personally contribute to the world; that matters to me.”