"I kind of shied away from it because everyone did it…and then I got into LaGuardia — that’s when it sealed the deal for me.” 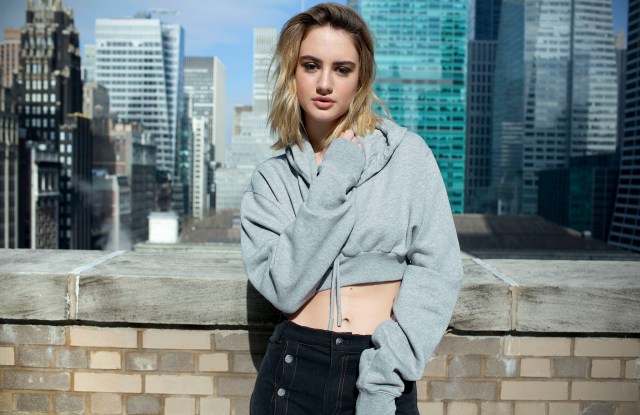 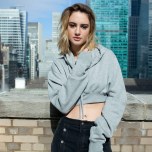 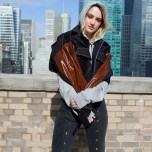 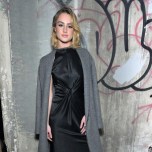 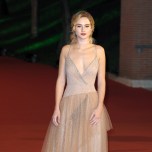 It’s early Wednesday morning and Grace Van Patten, having arrived ahead of schedule for her already early call time of 7:30 a.m., is chatting away in the makeup chair, Aretha Franklin’s “Something He Can Feel” playing from her iPhone.

The bright-eyed energy could be a result of her youth — she’s 20 — but as she gets talking, it’s clear, first, that she’s very excited she has an acting career to discuss and, second, already a busy lady.

Following photos, she’s due at rehearsals for the upcoming Hamish Linklater play “The Whirligig,” in which she stars alongside Norbert Leo Butz (“I love saying his name”) and Zosia Mamet.

“I still have nightmares from my high school plays of just blanking out on stage,” she says over the purr of a blow-dryer. “So I’m nervous, but I’m really excited for the challenge. I’m just dedicated and disciplined on it, and [I like] having that routine — diving in.”

Van Patten is a native New Yorker; a graduate of “Fame” high school LaGuardia; the daughter of director Tim Van Patten, and niece of actors Dick Van Patten and Joyce Van Patten — so clearly acting runs in her blood.

“Since I was visiting my dad on sets, I was always so interested in it, and so curious, and I knew I loved it,” she says. “And then during middle school I kind of shied away from it because everyone did it, and I was, like, ‘I don’t want to do this.’ I was super into sports and painting. And then I got into LaGuardia — that’s when it sealed the deal for me.”

Even still, after graduating from high school she wasn’t sold on pursuing acting as a career, so she took a year off to take classes at a community college. “I took psychology, philosophy, English — I just tried to take in as much as I could. And I did become super interested in psychology, but I never got that click. Acting was always on my mind.”

On April 21, she’ll be seen in “Tramps,” which premiered at the Toronto International Film Festival and was scooped up by Netflix. “It’s a romantic adventure, I like to call it, but it has a little of everything — we got to explore chemistry, relationships, action, adventure.”

“Tramps” conveniently shot in New York, where the actress lives in Cobble Hill with her family. Blooming acting career aside, she doesn’t plan to make the L.A. jump anytime soon.

“I do love L.A., in small doses. I grew up going back and forth because my dad’s family is out there and sometimes he’d be working out there,” she says. “But New York all the way. I’ll love it forever.”