“Grammys can be a really crazy carpet, so I think dialing it back and just keeping it sophisticated and elevated has been the direction overall for everyone I’m working with, not going crazy,” said stylist Samantha Burkhart.

The Sunset Marquis is at capacity.

It’s Grammy week, and the Los Angeles hotel is buzzing with energy. Somewhat hidden on a residential street off the lively Sunset Strip, it’s been a second home of sorts for music’s biggest names, particularly this time of year. If the walls could talk, they’d share stories of debaucheries, most notably from the Seventies when rock ‘n’ roll was alive and well. Life is tamer inside its doors these days, and at 6 p.m. on Wednesday night, the restaurant is quieter than expected. Sitting in a back corner, iPhone in hand, is stylist Samantha Burkhart. She’s in the middle of “a logistics crisis.”

“I don’t have enough parking spots for the Grammys on Sunday,” she says. “I’m dressing 24 people on stage for Billie.”

Billie Eilish, that is, the 18-year-old force and arguably music’s brightest star. “And then there’s Rosalía’s 29 people,” she continues. “They’re only giving me two parking spots.” 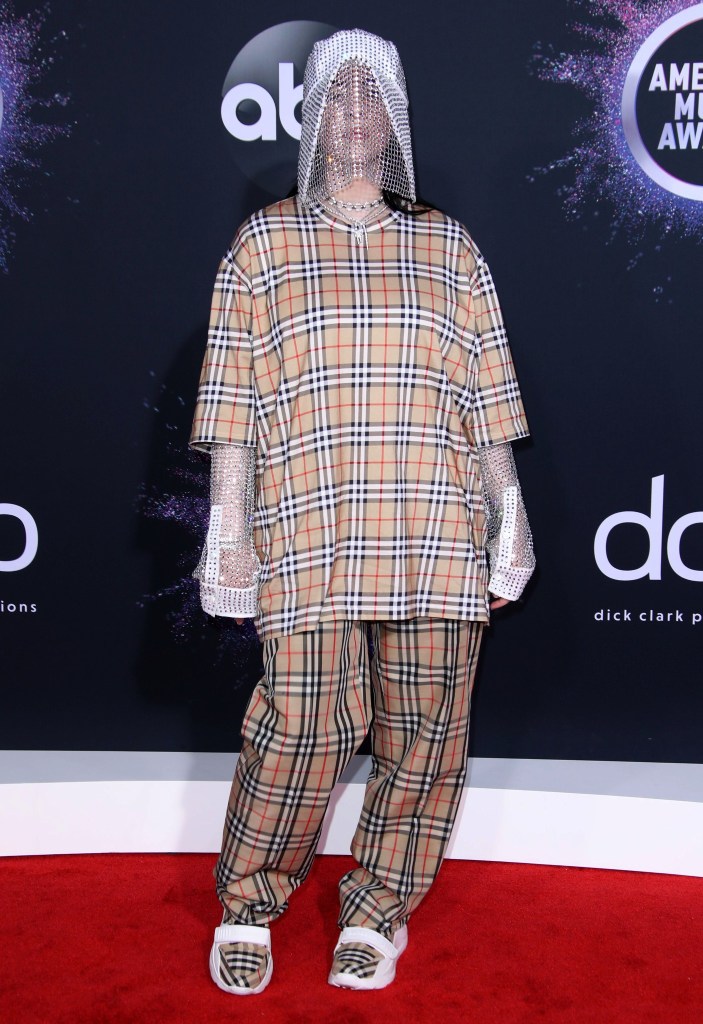 Burkhart met Eilish before the Interscope Records deal, when the “Bad Guy” singer was all of 14 years old. “I think she’s had a real influence on removing boundaries with gender-based clothing,” says Burkhart, who dresses Eilish in a variety of brands — from high-end labels like Gucci to indie ones that she finds by endlessly browsing Instagram. “The door is really open now to things being more gender fluid with fashion. She’s really had an influence over what people are wearing.

“In a lot of ways, Rosalía and Billie have a lot of similarities,” she adds. “They’re both very confident. They both really feel everything that they do. Everything they do has to be super authentic. It has to be real to them. They’re not really label conscious. If it’s cool, it doesn’t matter who makes it.”

She first worked with Rosalía Vila Tobella — the flamenco-inspired Spanish singer and songwriter known simply as Rosalía — prior to her worldwide success at the Latin Grammy Awards in 2018. Sunday’s Grammys, now in its 62nd year, will be the two artists’ first time at the award ceremony; Eilish made history as the youngest person to earn nominations in the top four categories (including Album of the Year) and Rosalía is up for two, including Best New Artist. Burkhart is dressing them both — and their posses.

“And, again, they’re only giving me two cars to transport all this,” she continues. “I’m like, ‘I have 70 looks, plus extra staff.’ Just the shoes alone for the dancers, that’s a car. And then there’s Diplo.”

Diplo, born Thomas Wesley Pentz, has been standing out in a striking “psychedelic cowboy” look of late that’s become somewhat of a signature. Burkhart began working with the popular producer — who wears many hats as DJ and songwriter, too — during the making of the debut album for LSD, the supergroup consisting of Diplo; English musician, singer and rapper Labrinth, and Australian singer-songwriter Sia. It was Sia, in fact, who gave Burkhart her big break. 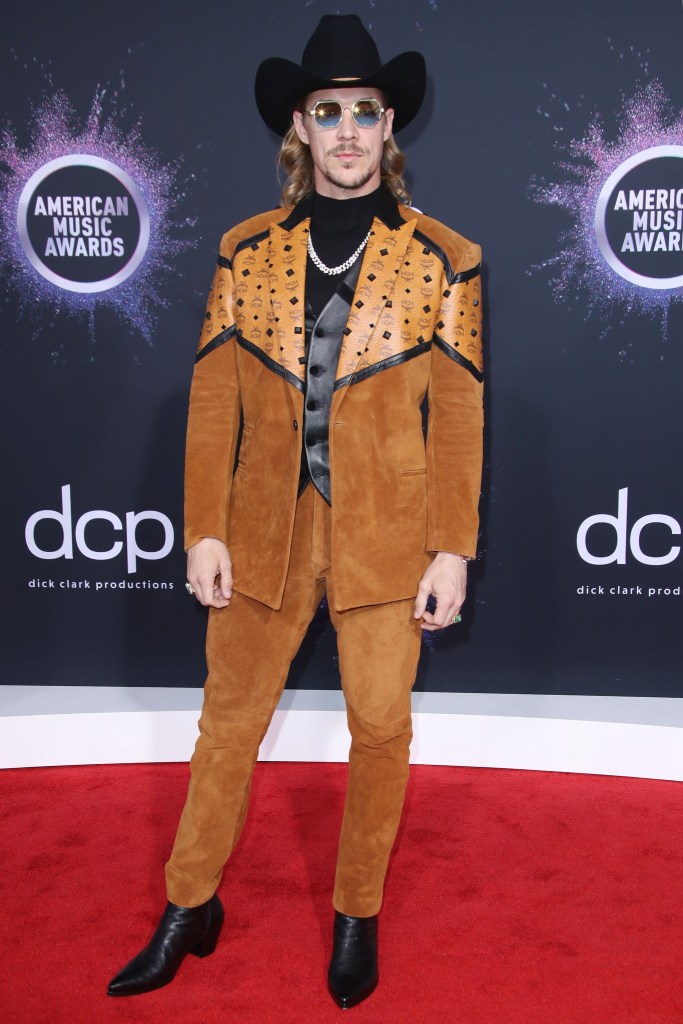 “It was five years ago literally this week,” says the stylist, who also works with Katy Perry, Christina Aguilera, Kesha and Mark Ronson, among others. “My husband at the time was friends with Sia’s husband. I literally got a call five days before the Grammys from Sia asking if I could style her. Doing the Grammys with her as my first job was a really big deal.”

Burkhart grew up in London, then moved to Connecticut at age 11 with her American parents before attending boarding school in Massachusetts. She would end up studying art at Columbia University before transferring to New York University, where she majored in English and received a bachelor’s in fine arts. Graduate school is what brought her to the L.A. area, where she earned a master’s in fine arts at ArtCenter College of Design in Pasadena. Working in art, though, wasn’t for her, and through an opportunity via a friend to style-assist Mariah Carey, she entered the world of styling. She worked regularly assisting stylist Jessica Paster, before exploring other avenues and ultimately venturing on her own. These days, she’s in La Crescenta-Montrose, where she has an office and lives with her husband and two daughters.

“I have no life,” she says. “The biggest challenge right now is having two small children and trying to find time for that. If I didn’t have that, I could get completely lost in the work.”

The week is “a blur,” she adds. “It’s not even the Grammys, because I’ve been working on the Grammys for six weeks. I have the Super Bowl with Diplo now, too. Two cover shoots next week and another job with Katy [Perry].”

She had a fitting at the hotel with the pop star that morning, she shares. “Five racks of clothes alone for that.” She has another with Rosalía that night (“her performance look because she got anxious about it, so the [fashion house] flew in early to sort it out”). She’s dressing someone — though she can’t share who — for the upcoming Oscars, too. 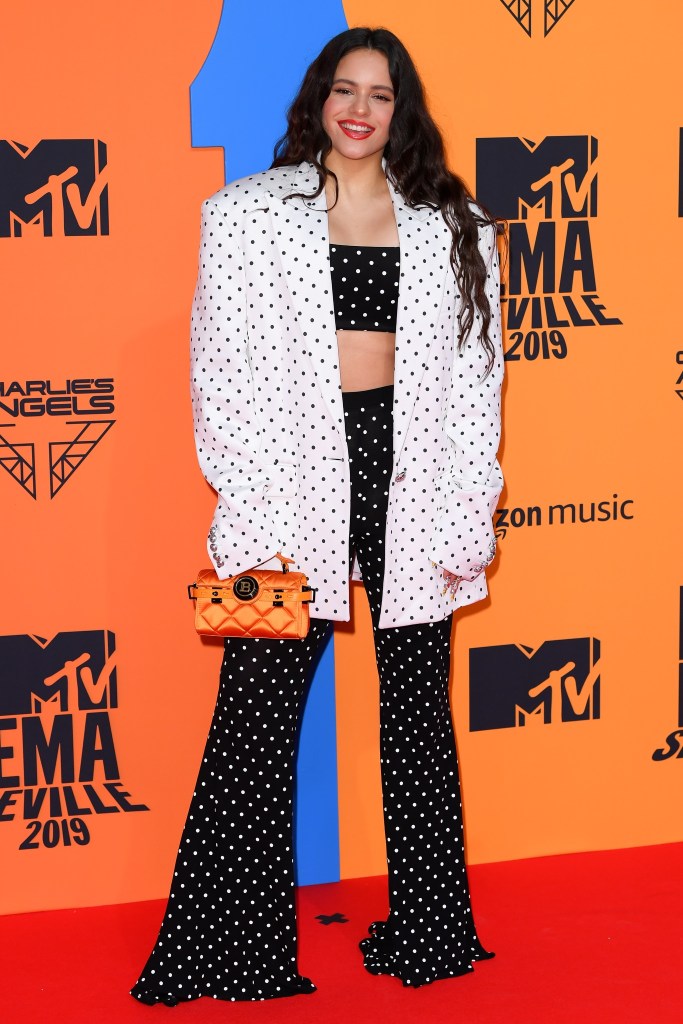 On Grammy day she’ll have six people working for her: “Just because I have three clients. They have dress rehearsals in the morning, too, so they have to wear the clothing, you have to take the clothing off, make sure the clothing is perfect. It’s a whole situation.”

What can we expect with their looks?

“You mean the ones I haven’t seen yet and won’t see until Friday when I have all my fittings?” she laughs. “I’ve seen sketches.

“Grammys can be a really crazy carpet, so I think dialing it back and just keeping it sophisticated and elevated has been the direction overall for everyone I’m working with, not going crazy,” she continues. “You succeed by not going overboard. It should be a great fashion moment, a great fashion story. It shouldn’t feel like it’s a costume, like a Comic-Con convention.”