A haven for artists, indie boutiques, cafes and avant-garde theater, the Mission District is the center of self-expression in San Francisco. 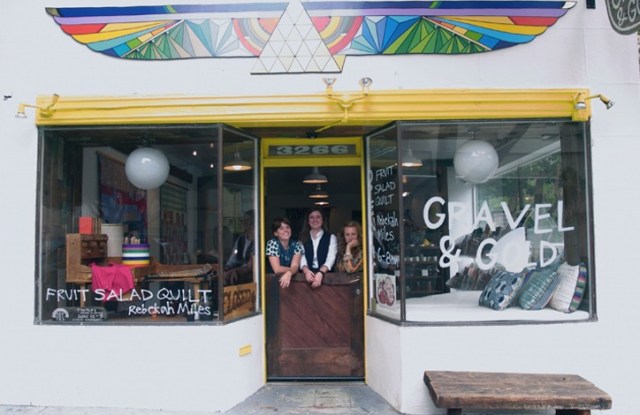 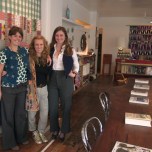 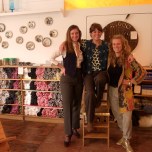 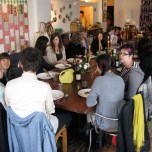 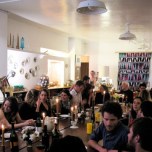 A haven for artists, art galleries, indie fashion boutiques, cafes and avant-garde theater, the Mission District is the center of self-expression in San Francisco and an ethos at the heart of Gravel & Gold.

Located on 21st Street between Valencia and Mission Streets, the shop sells home furnishings, jewelry, perfume, new and vintage clothing and stationery. It means to defy categorization, except for its emphasis on locally made goods and art or useful items with an appealing design, such as a pair of Oregon-made folding scissors approved for air travel or covered-spiral notepads from Japan.

Folk and blues legend Michael Hurley, the subject of the upcoming documentary she is coproducing, “Elwood Snock & the Land of Lo-Fi,” has played in the store.

In another night of music, Nash, whose father is musician Graham Nash, held a “first-listen party” last month of a limited edition vinyl album she coproduced, called “Be Yourself,” a tribute to her dad’s first solo outing, “Songs for Beginners,” recorded after leaving Crosby, Stills, Nash & Young. The tribute, released by Grass Roots Record Co., has contemporary rockers covering the album, including Nile Nash’s vocals on “Wounded Bird” and “We Can Change the World.”

Nash, who is studying to be a midwife, made a stained glass window and sells her jewelry in the store, such as necklaces of abalone shells found at the beach in Bolinas, Calif., an artists’ enclave north of the city where she and her fellow shopkeepers share a house. The getaway is also for Gravel & Gold artists to stay while they’re creating for the store.

“Simple, useful, beautiful, well made” is how Nash describes the spirit behind their business, which started with the idea of a “hive” for artistic expression. The friends also had a trove of artistic objects and vintage clothing collected over the years to bring to their well-curated concept. Among the old pieces is a Seventies sundress from Marimekko, the modern and colorful Finnish apparel and textile house that is one of the shopkeepers’ style beacons.

“It was a big struggle for us to recognize we wanted a store at all,” says McGettigan, an artist whose drawings appear on Gravel & Gold’s Web site, blog and cards describing the artists and merchandise.

Before opening on 21st Street last fall, the friends first tested their “hive” concept in a small room tucked away in the Mission on Treat Street, where they started a buzz for things like locally made pillows from Dutch Wax fabric produced for the West African market and bought by the three friends on Petticoat Lane in East London.

Guests at store events gather around a long black walnut table that dominates the space. Itself a work of art, the table was made by Bolinas woodworker Tripp Carpenter based on a design by his late father, Arthur Espenet Carpenter, who started the mid-20th-century West Coast sculptural furniture style made famous by his “Wishbone Chair.” Additionally, Gravel & Gold has an Espenet Carpenter-made old library bookshelf now used to stow $20 ringspun striped cotton shirts made in Pennsylvania.

On a recent Friday evening, Gravel & Gold windows were turned over to performance artists Lila Roo and Norah Hoover. A week earlier, there was an opening party for an exhibit of quilts by Santa Barbara artist Rebekah Miles.

The ideas swirling around the shop seem nonstop. Looking forward, the friends are now developing their own fashion line, starting small with a bag, two tops and a pair of pants in simple shapes.

“I’d like to have made 15 basic shapes and the textiles,” says McGettigan.