While dinner at Chateau Marmont isn’t exactly kids’ stuff, the demographic at Gucci’s celebration of its new fragrance did skew younger than its usual fetes. 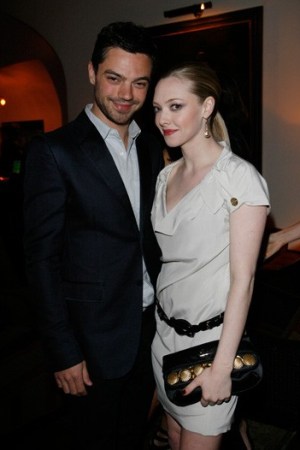 While a late-night dinner at Chateau Marmont isn’t exactly kids’ stuff, the demographic at Gucci’s dinner to celebrate its new Flora fragrance did skew about 10 years younger than its usual fetes. The house tapped Amanda Seyfried and Vanessa Hudgens to co-host the event for the youthful scent, along with Vogue’s Lisa Love, and the vibe was more high school than Hollywood. Seyfried and Hudgens, who met while performing at this year’s Oscars, chatted animatedly with guests including Rumer Wills, Dakota Johnson, Lilly Collins, Dominick Garcia (Andy’s daughter) and Kate Sumner.  “I’m not sure what ‘hosting’ even means, but I like that I get to talk to everyone,” said Seyfried.

For Hudgens, one benefit of being in the spotlight is getting to play dress-up. “Last season I searched high and low for this pair of Gucci shoes and I couldn’t find them. But now I got to pick out a new pair that I’m obsessed with,” she said.

This story first appeared in the April 2, 2009 issue of WWD. Subscribe Today.

There were a few older kids at the table, but not by too many years. Jason Segel and his brother looked tickled to be seated next to Megan Fox, while Paula Patton found herself at the end of the table next to 18-year-old Brit newcomer Alex Pettyfer. “Wow, I didn’t realize I was a cougar,” Patton, 33, said.