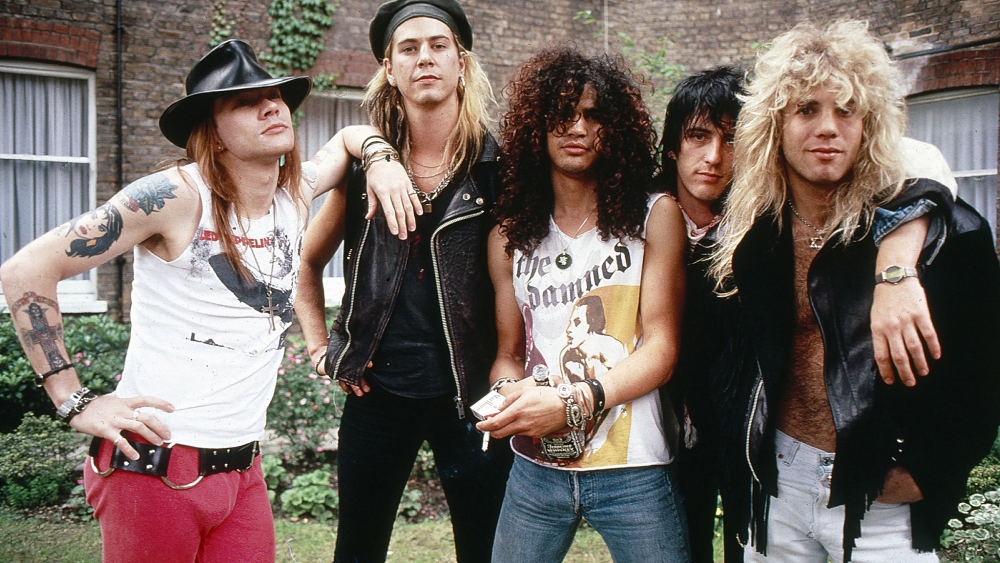 Time to break out your Appetite for Destruction t-shirt.

Monday’s reunion confirmation — the news GNR fans have been waiting for — revealed Guns N’ Roses will kick off a possible tour headlining one night at Coachella in April. After months of rumors, it is not yet known if all five original band members will be rejoining the lineup. So far lead singer Axl Rose, lead guitarist Slash and bassist Duff McKagan have all signed on. Since forming in Los Angeles in 1985, the band has had several different iterations with various combinations of band members. Many fans can’t wait to see Rose shimmying his hips frantically to “Sweet Child O’ Mine”, while others are skeptical, especially after Rose canceled his recent scheduled appearance on “Jimmy Kimmel Live,” slated for Tuesday night.

But — most importantly — who can forget their undeniable influence on the fashion world? Their vintage band T-shirts still are worn by everyone from Kanye West to Lana Del Rey — Rose’s once-rumored paramour. Rose’s signature sartorial style is still recognizable with markers including his bandanna wrapped around the forehead with a pair of aviators, biker shorts with a leather jacket, floral leggings, teased hair. Admit it, we’ve all tried at least one of these looks.