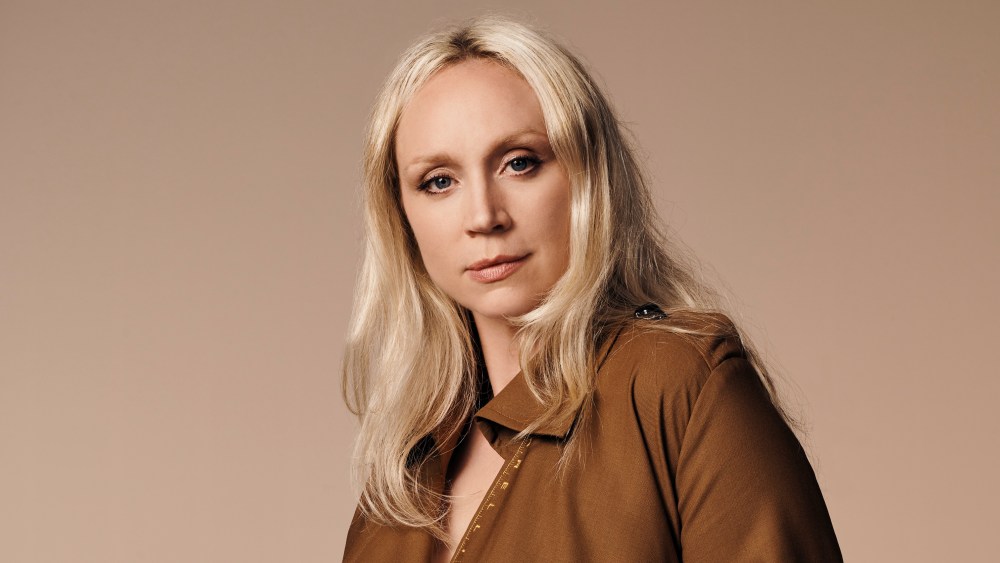 It turns out that getting cast in a Tim Burton project is as otherworldly as one might hope. Gwendoline Christie was on a walk with some friends in a field when a text message came through.

“‘Tim Burton would like to speak to you about his latest project. It’s the Addams family,’” she recalls. “And truly, I stopped and went silent. I’m fairly certain I atomized. And then by some mysterious force I came back together into something at least partially resembling a human being, and I had to just put the phone away and carry on. I didn’t even say anything for a little bit because I just had to process.”

Christie, herself a superstar thanks to her role as Brienne of Tarth in “Game of Thrones,” has had Burton at the top of her wish list throughout her career, and could barely believe her ears when the filmmaker confessed to her during an early Zoom that he was a fan of hers.

“At the end [of the call], I was really red in the face and I said, ‘I’m sorry, I’m just so embarrassed and overwhelmed.’ And he said, ‘God, I want to hide under the table,’” Christie says.

Christie plays Principal Larissa Weems in Burton’s new Netflix series “Wednesday,” which has become the platform’s third series to be viewed over 1 billion hours (and it has only been three weeks). It’s no surprise, given the subject matter and creator, yet Christie is still overcome with appreciation.

“It’s just inconceivable. I think the loveliest thing about it is that it seems to have made so many people happy. Such a wide range of different age groups are watching it and different people are watching it together. And it’s a beautiful thing,” she says. “This magnitude of response is totally unexpected, and I just feel full of gratitude to everybody involved that works so hard and to everybody for watching and enjoying it. I really do. It’s very special.”

Burton let her have ownership over Weems, giving her the “privilege” to create the role how she wanted.

“What was flowing through me more freely was this incredible opportunity to be empowered for my creativity and what I thought,” Christie says.

She ultimately was inspired by Hitchcock heroines, enigmas who are shrouded in mystery with the ability to transform.

“What I saw was this woman that was always used to being in second place, always in the shadow of Morticia. And so I thought about a woman in that position, a young woman in that position, what would I think? What would I do? I would self-create. And how would I do that? I would look to the magical portal of the cinema and think about another dimension, think about a cinematic dimension, because that’s one of our real and genuine portals on our Earth, is the cinema,” Christie explains. “I really wanted the opportunity to transform, I really did. And nobody would ever have cast me in that role. As an actor, I always want to play something far away from myself.”

Up next, Christie is set to star in Season Two of “Severance,” the Ben Stiller-directed Apple TV+ series, which she’s been a fan of since Season One premiered earlier this year.

“I would wait for it to come out, it would drop in the morning in the U.K., and I would shut the curtains and I’d sit down and watch it alone. And sometimes I would watch it for a second time,” she says. “I have unbridled excitement for this project and I’ve already started working on it. And all I can say is that I’m having the time of my life.”