Reeve Carney and Eva Noblezada Deepen Their Friendship in ‘Hadestown’

The actors star as Orpheus and Eurydice in the Broadway production, which opens today.

“Hadestown” costars Reeve Carney and Eva Noblezada weren’t immediately sure they’d wind up being such close friends. They almost didn’t have the opportunity to find out.

“In fact, I didn’t even think she liked me the first time we met,” says Carney, a week before the show’s opening night. He and Noblezada were gearing up for rehearsal at the Walter Kerr Theatre in Manhattan, followed by the evening performance.

“I freaked out,” Noblezada, sitting nearby, adds with a sharp laugh. “I love that story.”

The 23-year-old actress had shown up for a chemistry read with Carney ahead of the show’s transfer from Canada to London’s National Theatre.

“There was a TV show I was on, and she had just started watching it on Netflix right before [meeting me]. Chemistry reads are a little awkward anyways because it usually means one person has been cast,” Carney says. “We realized we have a lot of similar interests.”

“It’s nice to find a colleague but also a friend in your life that you really, really adore, who’s just as weird as you. Who sees the world the same way,” adds Noblezada.

If one were to believe in Greek mythology, they could easily make the case that Carney and Noblezada were fated to meet as ill-fated lovers Orpheus and Eurydice in “Hadestown,” which opens April 17. Both bright-eyed actors with leading Broadway musical cred, it was only a matter of time before the two were paired. Carney came on starting with the Canada run, and Noblezada joined for the London run, fresh off a three-year turn as Kim in “Miss Saigon,” which earned the 23-year-old actress a leading Tony nomination in 2017.

The upbeat pair have settled into an easy friendship offstage, and the curtain never closes on the whimsy. And after five months of living together in an apartment complex in London — along with core cast members André De Shields, Amber Gray, and Patrick Page, all cast in the show since its first staging in New York — they are closer than ever. (The show also represents a reunion for Carney and Page, who plays Hades in the show; the pair costarred in Broadway’s “Spider-Man” as protagonist and antagonist.)

If the myth of Orpheus and Eurydice is ultimately about a journey of love and passion, so is the story of “Hadestown.”

The show, written by Anaïs Mitchell and directed by Rachel Chavkin, took a circular route to Broadway. It started as a concept album before ascending to the New York Theatre Workshop as a fleshed-out stage production, followed by a run in Edmonton, Canada. It then traveled to the National Theatre in London before landing back Stateside, finally, on Broadway.

“Hadestown” has continued to evolve as it jumps from stage to stage; while some tweaks are small, others have reverberated more loudly throughout the whole story. For example, Carney’s character traded traditional macho-bravado expression for guilelessness in New York; arriving in the Big City will do that to you.

“I think I’m just more of a punk. I’m just kind of myself on stage. I have an easy job,” says Noblezada of her character’s tonal shift from London to New York.

“It seemed like they wanted to make the characters more like us in real life,” Carney adds. 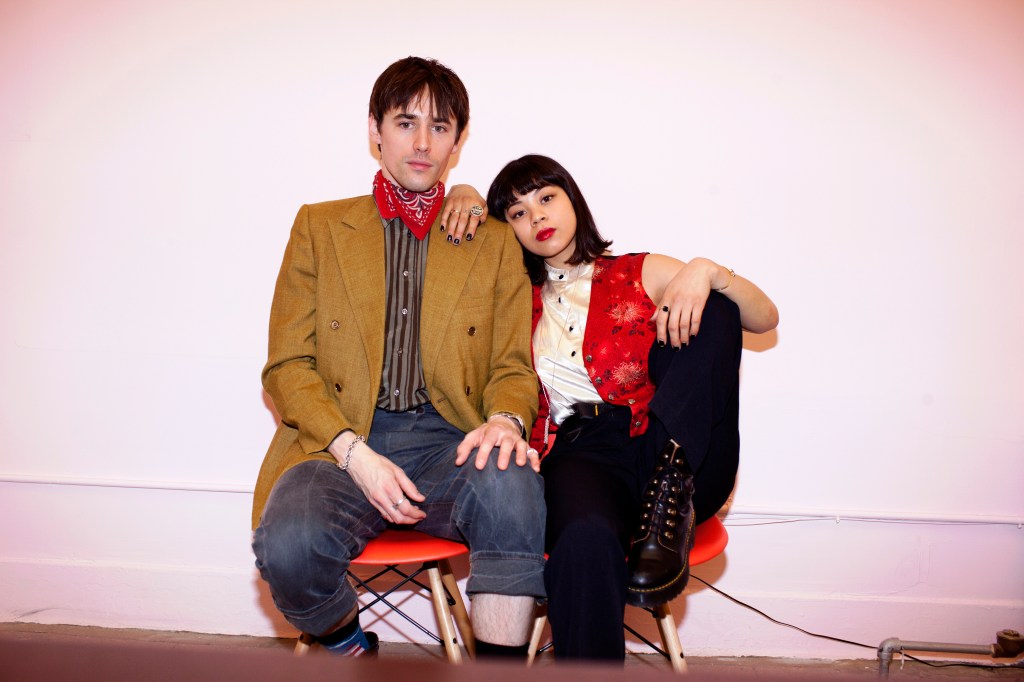 The show’s an original take on ancient Greek mythology, spun through the lens of a contemporary New Orleans set. Despite the friction between Underworld and Land of the Living, the musical is about the friction of love between characters — Orpheus and Eurydice, Hades and Persephone; even Hermes and the audience. One song in the production — “Why We Build the Wall” — hits a particularly current note and while it’s easy for audiences to jump to the political connotations of the lyrics, it was originally written by Mitchell in 2006. In the case of the show, the wall represents the delineation between the Underworld and above ground. It’s about love.

“It feels particularly relevant today in a more literal sense,” says Carney. “That’s why I think it’s so amazing and beautiful; that’s why I was drawn to the love story. Because if you think about why people do build these literal walls throughout history, it generally stems from a place of emotional [conflict],” he adds. “And when you have these emotional walls in those aspects of your life, they tend to eventually manifest themselves in more physical ways.”

For Carney, the show is reflective of hope; that history doesn’t need to repeat, that walls can be broken and crossed.

“I think the young people seem to be so drawn to this show because…there is a chance — for instance, the Orpheus in every person doesn’t necessarily have to do what Orpheus did,” he says, alluding to the story’s tragic coda. “It’s up to honoring the youth in yourself, honoring your innocence and your pure essence. That’s the only way to do it.”

Outside the theater, guests are handed a symbol of the show to carry with them as they head their own ways: a red rose, similar to the one that Orpheus gives to Eurydice at the start of the show. She carries it with her throughout the story as she descends to Hadestown.

And who knows — the team is still testing out new concepts and changes in the production. The fated pair might have a different ending in store yet.

“I don’t feel like [the show] has an ending. I think it’s a full circle and you just hop on, hop off as you wish,” says Noblezada. “Our last and final song as an ensemble, our last lyrics are, ‘We’re going to sing it again.’ So it’s not like the show has a structured ending that’s necessarily negative or positive. It’s just hopeful, and it’s really a reflection of life itself. And I think that’s really beautiful.” 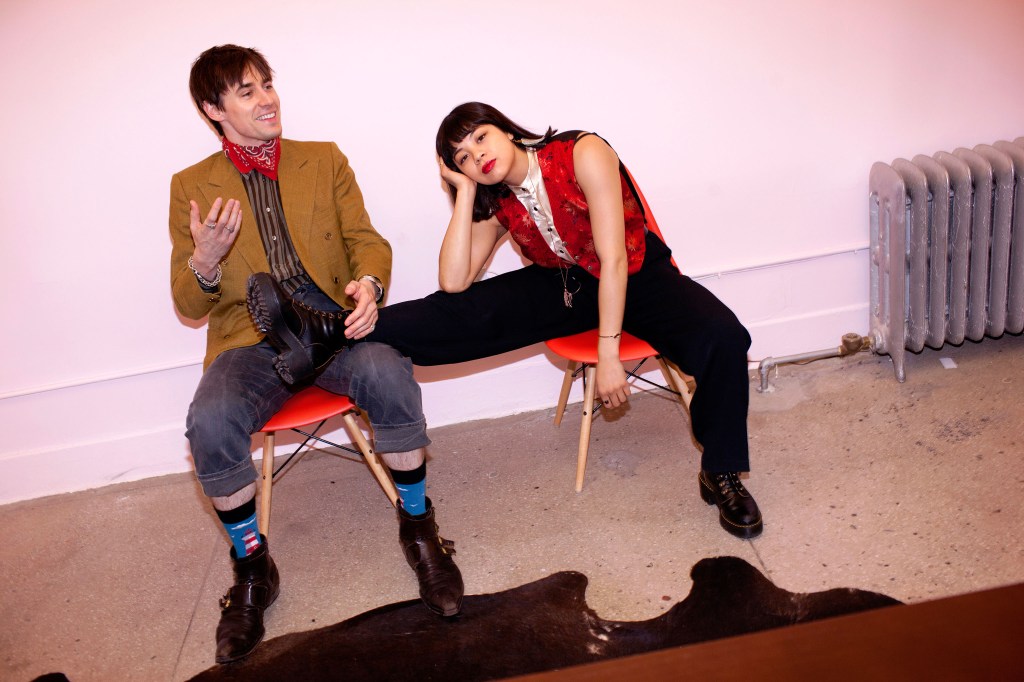