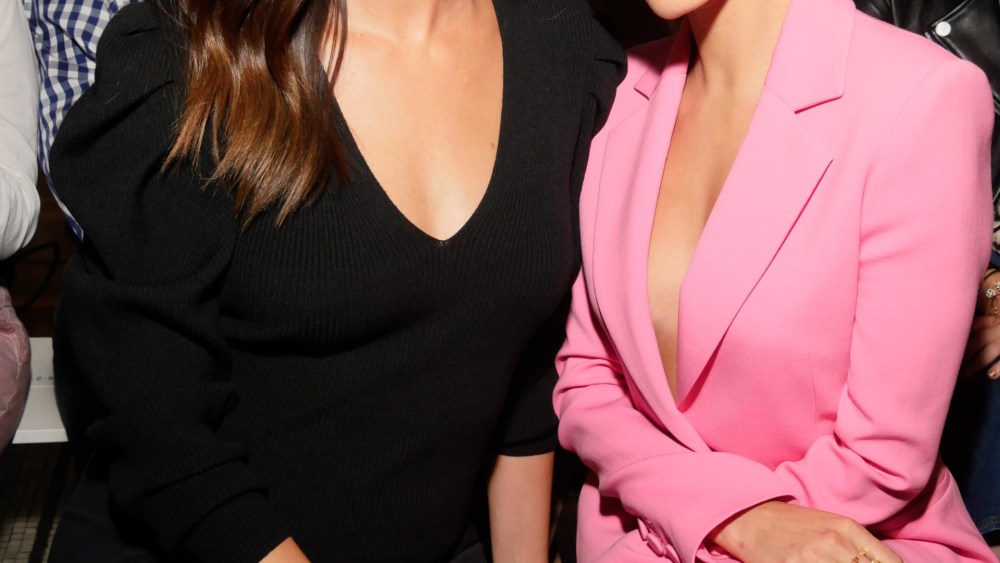 On Sunday at the Toronto Film Festival, Alec Baldwin gave some advice to his niece Hailey and her new fiancé Justin Bieber — he told inquiring reporters that Hailey and Justin should try to prioritize spending as much time together as possible during this exciting point in their young relationship.

The next day, Hailey, dressed in a hot pink suit and rocking pale pink eye shadow, navigated a swarm of reporters inside the New York Historical Society at Carolina Herrera’s New York Fashion Week show to her seat in the front row. When asked what she thought about her uncle Alec’s words for her, she was surprised.

“I hadn’t heard this yet, so you’re actually the first telling me,” she said. “But that sounds like very sound, solid advice. He’s just trying to look out for me.”

In the same interview in Toronto, Alec Baldwin also noted that when offered roles where he cannot bring his family along, he declines. Did Hailey know that?

“Yeah,” she said. “It’s smart, and it’s important. You have to always put family above work, no matter what.”

Hailey might have sung a different tune at last year’s fashion week, when she walked shows ranging from Julien Macdonald to Adidas and Topshop. But spring 2019’s schedule is a little different, she said.

“I’ve tried to be really choosy with fashion week going forward, just because I want to have the time to spend being relaxed and being with family — and my fiancé.”

Further down, at the very end of the front row, Martha Stewart looked intently at her phone. She said she’s just starting to film season three of her VH1 show with Snoop Dogg, “Martha and Snoop’s Potluck Dinner Party.”

“I know Nicki Minaj wants to come on the show, so she’ll be a barrel of fun,” Stewart said. “I’m sure we’ll get her to fight with us.”

Working with Snoop, as Stewart said, is “nonstop giggles.” Being around him so much, she inevitably meets other artists in the rap music industry.

“I’ve always liked the genre, and to meet the professionals who create all that poetry is quite fun,” she said. “I listen to it. I just try to hear what they’re saying, because they’re saying a lot — a lot more than most musicians these days.”

Stewart also detailed her long-running relationship with Mrs. Herrera, who she said comes over to Stewart’s house in Maine to eat popovers.