Halston Retrospective to Debut at the Nassau County Museum of Art

Sketches of his uniforms for the U.S. Olympic team in 1976 and the Girl Scouts of America will be on view, but not the ones he envisioned for the New York Police Department, including pregnant police officers. 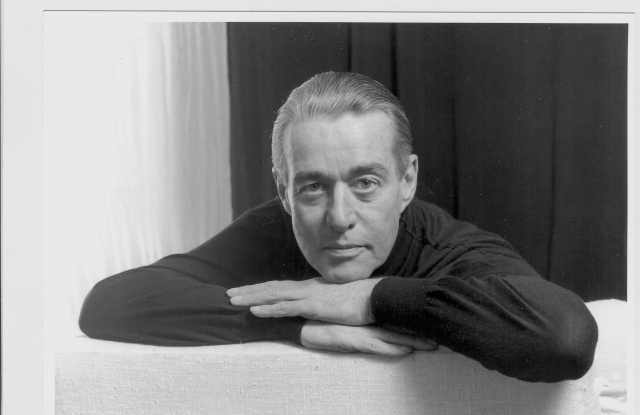 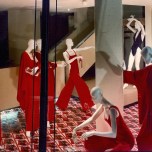 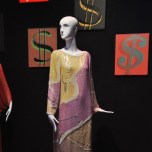 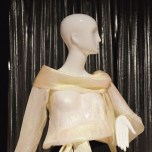 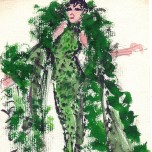 For certain designers, to know Halston is to knock him off. But his niece and confidante Lesley Frowick wants people to consider the man beyond the mythic designer in a new exhibition at the Nassau County Museum of Art in Roslyn, N.Y., on Long Island.

Minimalistic jersey dresses, Studio 54 snapshots, Liza Minnelli costume sketches, Jackie Kennedy’s inaugural pillbox hats, images of Olympic Tower parties and other traces of the designer’s life will be spotlighted in the Lord & Taylor-sponsored show, which opens March 25. Halston, who died in 1990, took his niece under his wing for eight years partially to have a relative bear witness to his style of living with the hope that she might one day write about it. (She did, in 2014, with “Halston: Inventing American Fashion.”)

Once the retrospective folds on July 9, Frowick aims to take it to other cities in the U.S. and then to Paris, Rome, Athens and London. The Nassau County Museum will focus on his style and personal items like family photos, telegrams, Polaroids of him with his models, doodle books, and news clippings from the early days. “He was a one-man show at first so he did the accounting, designing, illustrations and everything. There is a ledger that he kept every day with the date, the weather, how much money came in cash and how much came in in checks. I wondered, ‘Why did he keep the weather?’ Maybe he wanted to draw a correlation between good weather and big sales or something,” she says.

Presented in eight thematic rooms, the exhibition begins with his first New York job as a hat designer at Bergdorf Goodman for Lilly Daché. Among the telegrams will be one from the hair stylist simply known as Kenneth, who worked at the Fifth Avenue retailer with him. Years before, Halston had gotten his start studying André Basel’s styling clients’ hair at the Ambassador Hotel; he would then design his hats accordingly to fend off the wind. The pillbox hat Halston designed for Jackie Kennedy to wear to her husband’s inauguration in 1961 will be on view. A tomato-shaped pin cushion with the huge needles Halston had to use for hand sewing, something he did until the end of his life, will also be on display.

After meeting on a photo shoot for Bergdorf’s in the Sixties, Halston and Andy Warhol “weren’t bosom buddies at first, but they grew fonder of each other over the years. Obviously each became superstars in their own right. They hung out at Studio 54 together. Halston always tapped into his famous friends for fund-raising events specifically for the Martha Graham School of Dance. Warhol went to most of Halston’s collections; he was always right there in a front row seat taking it all in with his eyes or with his camera. They had a camaraderie and the go-between was Victor Hugo [Halston’s boyfriend]. Toward the end, Victor was working a lot with Warhol,” Frowick recalls.

A real “nature boy,” Halston loved natural, fluid, organic shapes as will be evident by early accessories designed by Elsa Peretti, as well as his first fragrance bottle, which will be on view with Hiro-shot ads. Halston met Peretti through Charles James. New to the States and trying to make ends meet, Peretti modeled for James, and then Halston, before doing designs for him. “Halston said he and Elsa were both Taurian and they used to lock horns all the time. So he paved the way for her to blossom at Tiffany’s and the rest is history with her. She’s still there,” says Frowick.

Along with signature styles in chiffons and silk jerseys, there will be personal notes, accessories and sketches, including ones from Stephen Sprouse and fashion illustrator Joe Eula from the designer’s personal archives that have never been previously displayed. Sprouse worked for Halston for a year or two in the early Seventies. Frowick says, “He worked as a design-room assistant. Things were very loose in the day. Halston did most things. He always designed everything himself because he always used to say, ‘Whatever goes out that door has my name on it.’ He was a perfectionist.”

Another Halston alum from the Olympic Tower days is Ralph Rucci, as is Naeem Khan. “Part of Halston’s personality was that so many people who were brought into the inner circle became like family. He used to have Thanksgiving dinners or what he called ‘the orphans of New York’ over for Christmas if they didn’t have family,” she says. “He was very generous. He loved to give people gifts and he loved to be surrounded by his friends.”

One of the rooms on the museum’s second floor will showcase his lifestyle at home in Manhattan and in Montauk, N.Y., where he rented from Warhol. “He wanted a seaside retreat. He’d been going to Fire Island and wanted something less frenetic. Montauk was kind of an intimate circle. The Kennedys had been there and Mick Jagger and Bianca. By word-of-mouth, he heard the estate was available to rent and he snatched it up in 1977,” but gave up the lease in 1986 after Warhol increased the rent too much.

Dogged as he was about celebrating others’ achievements — like Martha Graham’s dance openings or Cornelia Guest’s Debutante of the Decade party at Studio 54 — Halston’s own detail-minded hospitality will also be on view. There will be glimpses of “the fabulous backdrop for photos” that he created for his New York City entertaining with all the elements — Glorious Food catering, the perfect lighting dimmed down to the lowest level and the perfect mélange of guests. Of course, he would always encourage them to wear his clothing. “That made for an even better marketing opportunity for him,” Frowick says. “Betty Ford came to his house a lot. There were wild parties that people like to talk about, but there were more important historic ones. There was caviar, smoked salmon and whatever was the fancy food of the day. Champagne, regardless if there was a party or not; he always kept a magnum of Dom Pérignon in his refrigerator. Funnily, he never drank Champagne. It was for his guests. Champagne, good wine, perfect service; of course, the waiters were all really good-looking, dressed very nicely too.”

When Frowick lived with her uncle, her job on party nights was to buy boxes of blue-tip matches to light the hundreds of candles that were strategically placed on the different levels of the geometrical house. Paul Rudolph, a prodigy of Frank Lloyd Wright, designed the 101 East 63rd Street midcentury modern townhouse that had doors that led to nowhere. (The property is on the market for $22 million.) Candles were also illuminated in a bamboo terrarium that was set against a mirror. “So it was all about reflections too. He put crystal balls on the coffee tables with candles so the light would reflect through the crystal balls in a perfect way,” Frowick says. “If there was someone he didn’t like, he would turn it around so that it would be in their face all night. He was like that. He was naughty.”

The Long Island museum will designate a room for Halston’s licensing efforts, including illustrations of the 1976 U.S. Olympic team uniforms he designed and a sampling of the mass market collection Halston designed for Montgomery Ward. Visitors will find sketches of his Girl Scouts of America uniforms, as well as his creations for J.C. Penney, Fieldcrest Ultrasuede bedspreads and pillow shams and tennis towels. A Martha Graham room will feature a sarong dress loaned by Janice Eilber, the company’s principal-dancer-turned-artistic-director. Halston gave it to her when she performed at the White House during the Ford Administration. “So it’s not just his designs [that will be on display] but these personal touches he was always bestowing on people,” Frowick says. “He was a very generous person with everybody, especially his family. He said, ‘I spoiled you all.’ And he did.”

“He was a visionary with his designs. I know that’s an overused word, but he also looked back at antiquities. With those two elements, he was able to design timeless lines that you can still wear today,” Frowick says, pointing to H&M jersey dresses as one of the labels that reflect his influence.

“He was a spokesman for the American fashion industry for a period of time, so he talked about his influence. I’m sure he had to have had a big ego to do what he did but he still remained humble. He wasn’t boastful…” she says. “He always used to say, ‘You’re only as good as the people you dress.’ I want to keep everything positive, but it wasn’t positive for him towards the end. He just sort of retreated and didn’t want to have more say in anything. He just wanted it to stay where it stayed.”