Hannah Ware Finds ‘The One’ on Netflix

The actress stars in the series as the ambitious CEO of a dating start-up.

Relationships and people change, and Rebecca isn’t the same woman she was when Hannah Ware met her.

“When I first read the script, she was far more passive,” says Ware, who stars as the lead character, Rebecca Webb, in Netflix’s new sci-fi thriller series “The One.” The show made its debut last week and is currently one of the platform’s top series in the U.S. and U.K.

The British actress steps into character as the founding chief executive officer of a dating start-up, which uses DNA to connect customers with their genetically optimized romantic match — essentially, a cross between 23andMe and Match.com. (Apropos, the fictional company is named MatchDNA.) Rebecca is hyper-focused, morally unsound and unwilling to relinquish any of her power. She’s a tech CEO.

“She goes to really extreme measures to prove that she was right,” says Ware from her home in Los Angeles. “What I found interesting as the story progressed was to see where there are cracks in her armor. And ironically the product she’s touting — true love — ends up being her weakness.”

The show, which was inspired by elements of a novel by John Marrs, explores the interpersonal and psychic toll of success at all costs, and nods to questions around privacy and ambition within the tech world. In the opening scene of the series, Ware’s character takes the stage inside a crowded venue to deliver a motivational speech that’s reminiscent of a TED talk. “So I binged on TED talks, and what makes a good TED talk as opposed to a bad one,” says Ware of her pre-shoot preparation for getting into the alpha headspace of her character. 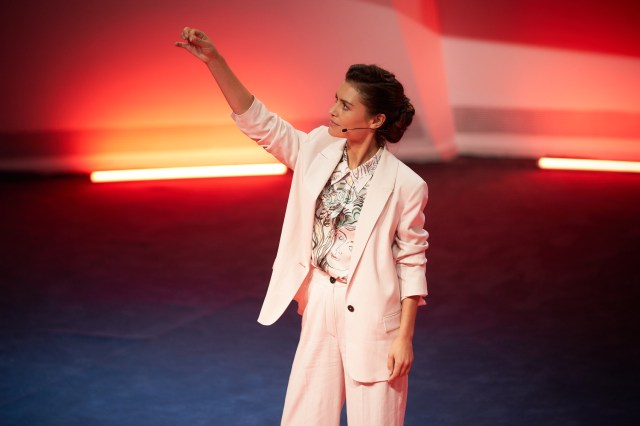 A still from the show.  Courtesy

In addition to studying numerous TED talks, Ware looked to various leading women throughout history to inform her character portrayal, including Margaret Thatcher — prime minister in a male-dominated culture during the ’80s — and the disgraced tech executive Elizabeth Holmes. Ware was specifically interested in exploring the ethos of leading women who go to extreme lengths in their commitment to their companies and to prove their ideologies correct.

The central question of the show is rooted in the company’s revolutionary service: if you could take a test to discover your genetically optimized romantic match, your true soulmate, would you take it? Ware admits she didn’t ruminate too much on that thought experiment, which plays out in two parallel storylines within the show, while filming.

“Would I take the test? I think it depends whether I was happy in my relationship,” says Ware. “It depends whether you believe in soulmates, and that you just have one. I’m not sure if I believe that. And I’m not sure it could be just based in pure science, because I think that falling in love is more nuanced than that,” she adds. “I’ve always been more interested in how you maintain a really healthy relationship, rather than fatalistic story of how people come together.”

The show (which may get a second season; there are loose threads at the end) wrapped filming two weeks before widespread pandemic shutdowns last spring. Ware was initially worried that viewers might think the show seems out of touch with the current moment — but in fact, it resonates even more than when they were filming.

“Lots of these couples [in the show] find each other remotely because it’s all DNA-based,” says Ware. “And I have lots of girlfriends and friends going on Zoom dates now.”

With or without the assistance of DNA matching, not even a pandemic will stop people from searching for their perfect match. 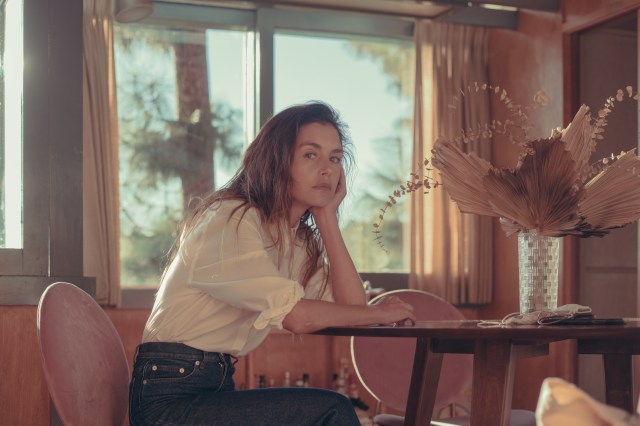