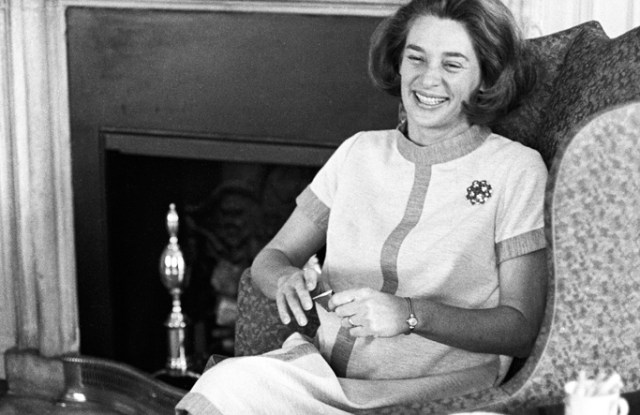 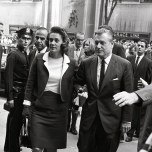 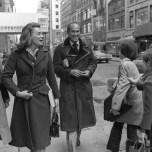 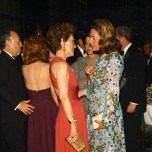 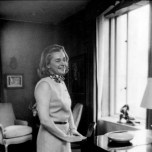 Happy Rockefeller has died at 88. When, as Happy Murphy, she married Nelson Rockefeller in 1963, it was a big love match. Even in 2015, a very different time from the era when their wedding took place, being divorced is regarded as a disadvantage for a politician. Rockefeller was considered a frontrunner for the Republican nomination for President, while his new wife had been his confidential secretary and was rumored to be his mistress. He also had five children with his first spouse, the former Mary Todhunter Clark, and she had four with first husband, Dr. James Murphy. She gave up custody of her children to make this match, a detail that still shocks.

Born Margaretta Large Fitler, she was the second child of William Wonderly Fitler Jr., who inherited an $8 million fortune, and Margaretta Harrison Fitler. With her wholesome good looks and her nickname, which she had been given as a child because of her upbeat disposition, she didn’t fit the image of a femme fatale. Journalists compared the new Mrs. Rockefeller to the Duchess of Windsor, and the minister who performed the wedding was widely criticized.  The new couple went on the stump — but Rockefeller’s support had faded. Pundits still say that the Republicans’ choice of Barry Goldwater as the 1964 presidential nominee was influenced by the Rockefeller divorce. Goldwater, of course, was trounced by Lyndon B. Johnson.

She was known for her relaxed charm, and was inclined to be so frank that when her husband was campaigning for President in 1968, his staff established a rule that she was not to be quoted directly. As for her style, Norman Norell, whose clothes she often wore while campaigning, said, “She has that good family, Ivy League look. She will always look right — never gussied up, never silly. She is not interested in excitement for excitement’s sake.” In addition to Norell, she also wore designs by Oscar de la Renta, Bill Blass, Chanel, Grès, Dior Boutique, Valentino and Donald Brooks.

As for her relationship with her husband, she was devoted to him. She told WWD in 1973, “I enjoy talking things over with Nelson, sharing, being aware. I tell him what I think. Yes, he listens. Unlike a businessman’s wife, who cannot be part of her husband’s job, I can share with Nelson, be with him and absorb. People like to see us together.”

Nelson Rockefeller, in fact, remained governor of New York, and was reelected two more times. In 1974, he  was appointed vice president by Gerald Ford, and the couple moved to Washington, D.C. They lived in their own house, using the vice president’s mansion only for entertaining.

The Rockefellers had two children together, Nelson Jr. and Mark. Shortly after First Lady Betty Ford underwent a mastectomy in 1974, Happy was diagnosed with breast cancer and had a double mastectomy. She and Betty Ford, along with Shirley Temple Black, through being frank about their illnesses, helped raise awareness of the disease, which had long been stigmatized.

The Rockefellers divided their time between a Manhattan apartment and houses in Washington, D.C.; Seal Harbor, Maine; Venezuela, and the remarkable 3,000-acre family estate in Pocantico Hills, N.Y.

In 1979, Nelson Rockefeller died of a heart attack while working late at the office in his New York town house with an assistant, Megan Marshack. He had given Marshack a $45,000 loan to buy an apartment, which was forgiven in his will.

Besides serving as Second Lady, Rockefeller  became the chairman of the board for the Saratoga Performing Arts Center in 1971. President George H.W. Bush named her public delegate to the U.N. in 1991. After her husband’s death, she continued his philanthropic activities and spent time with her six children and members of the Rockefeller clan. The Pocantico Hills property was given to the National Trust and was opened to the public in 1994.