Having climbed to the top of the modeling industry, Hari Nef turns now to Hollywood, where — after this fall's roster of films (Sundance cult buy "Assassination Nation") and TV series (Lena Dunham's new HBO series "Camping") — she's set to be a star. 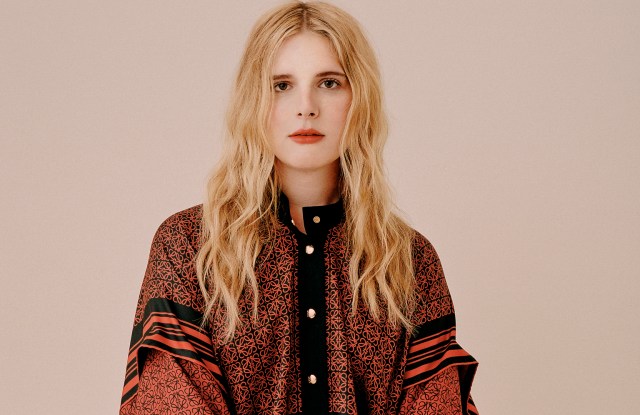 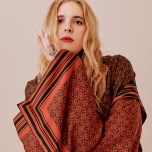 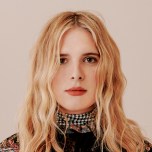 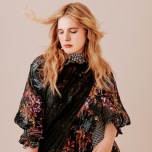 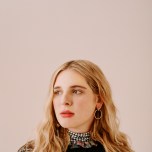 Until now, Hari Nef’s portable speaker, which she arrived with on set (not leaving music selection to chance), has been dutifully pumping out Charli XCX, Solange, Fifth Harmony and CeCe Peniston, getting the occasional sing-along from Nef. But the battery has died and in the seconds of silence that follow, the momentum threatens to wane. One look at Nef, though, and it’s clear she’s not about to let that happen. She pulls up the Marc Jacobs leather gloves on her hands, adjusts the Gucci skirt and crosses her Calvin Klein silver boots.

“I don’t need music for this look,” she says, and we’re back in business.

Having been a star in the fashion industry since becoming IMG’s first trans model in 2015, with contracts with Gucci and L’Oréal and countless editorials in the years that followed, Nef is now focusing on Hollywood, where she has four projects releasing this fall.

Nef, 25, grew up in Newton, Mass., and lived in New York for the past six years while modeling; she made the move to Los Angeles in February, where she lives in Franklin Hills with the actor Tommy Dorfman, his husband Peter Zurkuhlen and a mutual friend, Quinn.

“It felt like the right time,” she says of moving west, back in her sneakers and button-down shirt following her shoot. “I’d been considering it for a very long time, and after Sundance it felt like I could have opportunities there and a purpose there. And I was also ready after six years in New York for a change of pace and a change of scenery.”

The post-Sundance shift was courtesy of murderous high-school thriller “Assassination Nation,” due in theaters Sept. 21, which was the most expensive sale out of the festival this year for $10 million. Nef stars as Bex, a victim of a data breach who is targeted for being trans, alongside Suki Waterhouse, Odessa Young, Abra and Bella Thorne.

“I was prepared for the polar response that it ultimately got,” she says. She speaks confidently yet thoughtfully, taking care with her answers in a way that seems natural. “But that wasn’t a time for focusing on critics or focusing on other people’s perspectives on it; that was a time for focusing on and celebrating the work we had done, and getting to spend some really fun quality time with the cast and crew. It’s kind of funny at Sundance — I came into it a relatively lesser-known actress — not totally unknown, but definitely a rookie. And the day after the film premiered, we couldn’t walk down the street without people stopping us because of the hype around the film. It was…cool. It was like a rock-star weekend.”

Not that she takes any of it too seriously.

“I’m very conscious and weary of the hype economy, and the way people build things up just to tear them down,” Nef says. “Expectations are kind of lethal for art, I think. So I took every positive with a grain of salt, just as I take every negative with a grain of salt. But we had a lot of fun, and we emerged in a pretty good spot. When you’re making an independent film there is no guarantee that anyone is going to see it, ever. So that fact that we’ve gone from an indie production with a second-time filmmaker to a wide cinematic release, billboards on Sunset Boulevard, cardboard cutouts in the AMC…that’s cool. And I’m proud of that. And I feel very lucky.”

Prior to this fall, Nef is best known on screen for her role in “Transparent,” for which she was nominated for a SAG Award.

“From Day One, the plan with my acting stuff, after ‘Transparent,’ I think we really wanted to wait for the right part and the right film. Something special, something unique. Something that felt like a logical follow-up to the very lucky start I got on an amazing television show,” she says. “And we waited. And waited. And waited, and then it came. This explosive script, and this — how would I describe her? — this…highly magnetic, highly three-dimensional, highly sympathetic, edgy, fun character. And it felt like the right time…everything just felt right. I knew it would be a risk, but it felt like the right kind of risk for me.”

“Assassination Nation” is joined on her breakout roster by roles in the film “Mapplethorpe,” as well as two television series. Premiering Sept. 9 is “You,” from Greg Berlanti, who wrote and executive produced “Dawson’s Creek,” produced “Riverdale” and, most recently, directed “Love, Simon.” She follows that with Lena Dunham’s new series for HBO, “Camping,” out Oct. 14, in a role alongside Jennifer Garner, Busy Philipps and Nicole Richie that was written specifically for her.

“Those two parts are fun — they’re parts that I got after going blonde and they’re all sort of comedic takes on a college educated, yuppie coastal woman, and I definitely have a lot of experience with that archetype, having lived in New York since I was 18 and moving through the art, fashion, film and television world,” says the former brunette.

“Hari is as smart as she is beautiful, as witty as she is stylish and as twisted as she is politically astute,” Dunham writes in an e-mail. “She is my little sister, but I learn so much from watching her, and her finely honed work as an actress is no surprise to anyone who has had the pleasure of making her acquaintance. From the first breakfast we had in early 2016 I knew she was my most favorite, and nearly three years later, I am more in awe of her than ever. I love seeing the industry start to understand how much she has to offer as an actress and writer — she’s a total star.”

Both roles mark some of the first instances a trans woman has been cast as a cisgendered woman on television. As throughout her whole career in the spotlight, first in the fashion sphere and now in film, Nef remains an inspiration to young people across industries, who see her as a powerful voice of self-confidence. She admits that like anyone, she can find herself distracted by critics, and has made a conscious effort on this upcoming press tour to focus her energy on positivity, away from the Internet.

“It’s difficult when you’re a young person and you’re still figuring yourself out. I’m not as young as I was, but I’m not as old as I’m going to be. And I’m still figuring out who I am and what I’m about,” she says. “And it’s really tempting when you have a day where you don’t know how you feel about yourself or you don’t know what you’re doing, and you can go on the Internet and find the answer, whether it’s a positive response or a negative response. And there are times when I felt really lost and I went on the Internet and found some positive things that people said about me and felt really good about it, and then the opposite has been true. So I’m trying to get off of that roller coaster. I’m making a commitment — in print now! — to get off of that roller coaster.”

A self-described storyteller, Nef’s current medium of focus is through acting, though modeling still has a place in her life in terms of a Gucci contract.

“I do still work in fashion, but since moving to L.A., I’m focusing more on the acting. I also…I’m not exactly cut out for modeling anymore, the way I was when I was maybe 20 or 21,” she says. “You get older, your body changes a bit….I was never the tallest girl in the room, or the thinnest, or the prettiest. And I’m pretty sure that I did just about everything that I could do, with the potential that I have as a model. I had my Gucci contract, and I had done L’Oréal, and I had done a lot of these magazines that I had wanted to do, and I wanted a new creative outlet. I feel like with acting, I get to use more of myself. It’s nice to do work that is based less on how I look and more on what I’m capable of doing.”

She credits the fashion industry as the launching pad for her successes, though, and stresses how supportive her relationships in the industry have been of her sharing her voice.

“Fashion gave me the platform that has made this transition from fashion to Hollywood, from East Coast to West Coast. Fashion gave me the platform that has made this easier than it is for a lot of other people,” she says. “And I will always count fashion as the industry that was first to welcome me and embrace what I could do. Just because I’m focusing on acting implies in no way that I’m trying to distance myself from fashion; I’m just expanding the vocabulary that I use to do pretty much the same thing that I’ve always done. I look at it like almost doing the same thing, just in different languages.”

The Many Personalities of Billy Magnussen

The Passions and Politics of Constance Wu