In ‘Harriet,’ Paul Tazewell Dressed Cynthia Erivo as a Superhero

The costume designer used a newly found photograph of Harriet Tubman as inspiration for the looks in the new Kasi Lemmons movie.

Paul Tazewell’s office in Times Square looks like a typical workspace — until you turn the corner.

At the entrance, there’s an office encased in glass, a cluster of desks crowned by mountains of papers and computers, a few of his colleagues working the phones. But to the left is a studio — and that’s a whole other story.

Rows of silver clothing racks stretch for what seems like miles; they’re stuffed with hundreds of black and tan garment bags which hold the costumes of the Broadway hit “Hamilton,” for which Tazewell designs and crafts the looks. A few outfits from the production are on dress form mannequins, little headless soldiers in colonial garb. 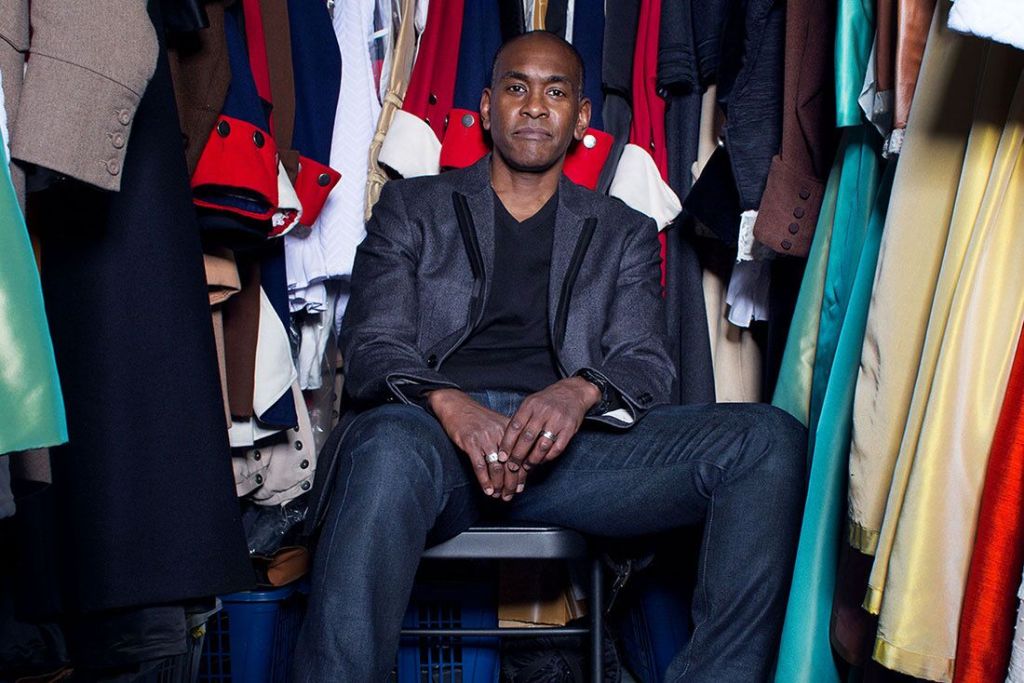 Tazewell is a costume designer who’s worked on clothing for plays including “The Color Purple,” “A Streetcar Named Desire,” and most recently, “Hamilton,” which led to his first Tony win despite a spate of nominations before. Tazewell has done opera and also worked on television shows. Now he’s making a foray into film with his first project, “Harriet,” starring Cynthia Erivo, Janelle Monáe and Leslie Odom Jr., in theaters today. 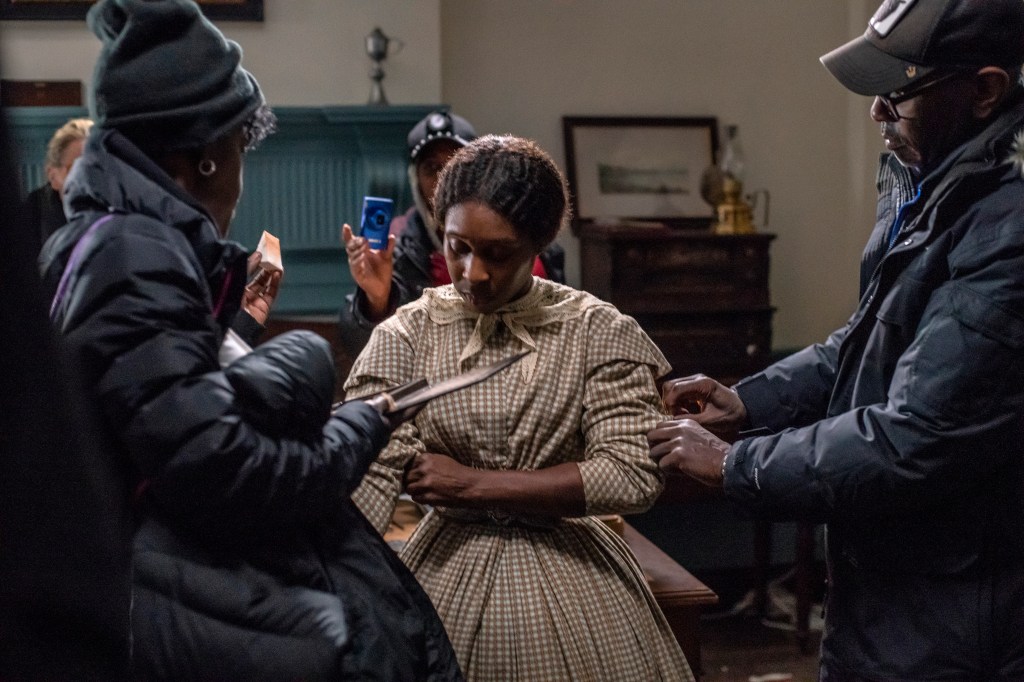 The movie tells the story of Harriet Tubman in her late teens and into her 20s, a period that Tazewell notes isn’t typically highlighted about the abolitionist. This piqued his interest — after agreeing to do the project, the costume designer read the script three times, then scheduled a trip to Washington, D.C.

He intended to go to the site of the Underground Railroad and drive through it, to get a sense of the environment that Tubman and the slaves she led to freedom traversed. Tazewell followed a map that marked where buildings stood in the 1840s, potential bridges Tubman might have crossed — it provided him key information about the terrain itself, which informed what materials he’d use to create the clothing.

“A lot of it is swampland,” Tazewell says. He’s sitting in his office, chic and composed, wearing printed slacks and glasses with thick black frames. “Cynthia [Erivo] did all of her own stunts. They were running through brush and brambles. It was so intense, the physicality that they had to go through.” 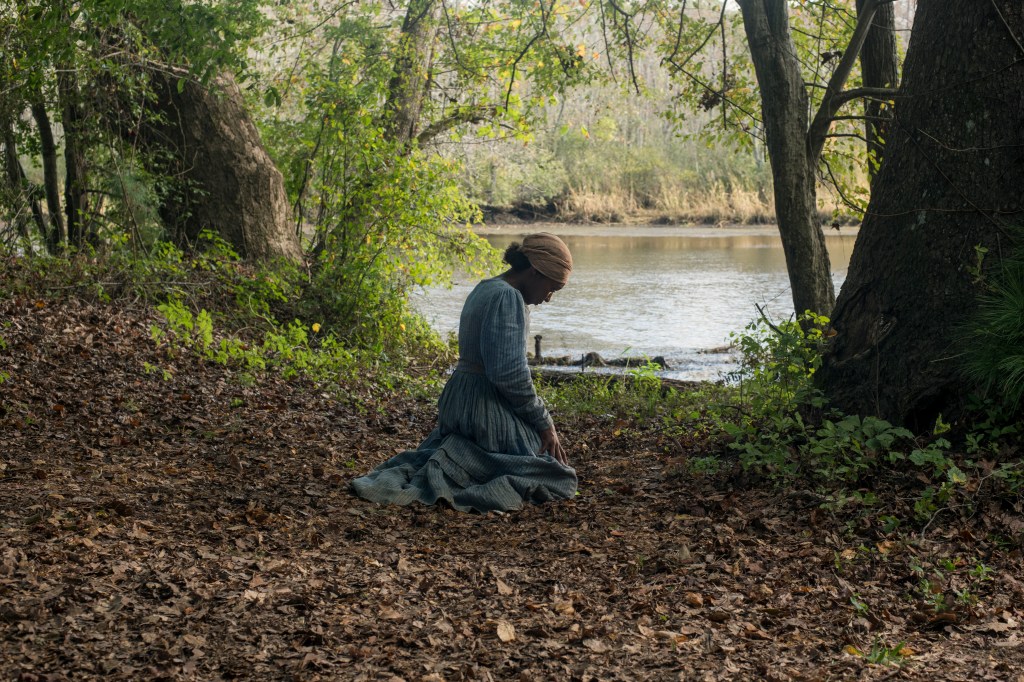 Cynthia Erivo in the film “Harriet.”  Courtesy of Glen Wilson

The costumes were largely made by Tazewell and his team, with a few original pieces from the period (Monáe wore most of those). Colors were major players in the concepts, as Tazewell wanted to use them to illustrate the arc of Tubman’s character.

The designer made six copies of a particular green dress that Erivo donned during scenes in which she traveled through a river.

“I made that be a kind of an iridescent green, because I wanted it to be reflective of the nature she was moving through,” Tazewell says. “It had a strength, like spring. There was a new life coming forward.” 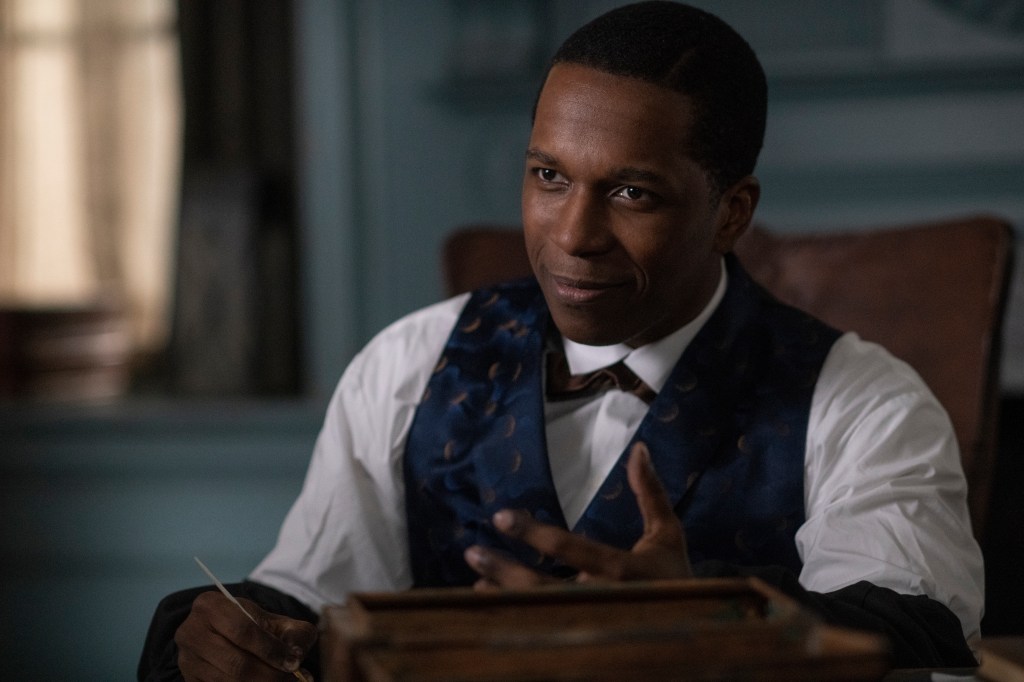 “We go from that green, and when her sister passes away, she goes into black, into mourning,” Tazewell explains. “Then she becomes an officer leading troops from the Union Army and slaves down the river because she knew the waterways in that area. During this time, she’s in a dashing, caped officer’s coat. On the other side of that, she’s in a deep red dress and coat. It underscored her as this heroic figure we were hoping to show as mythical. She was tiny, she was just about five feet. But she was superhuman.” 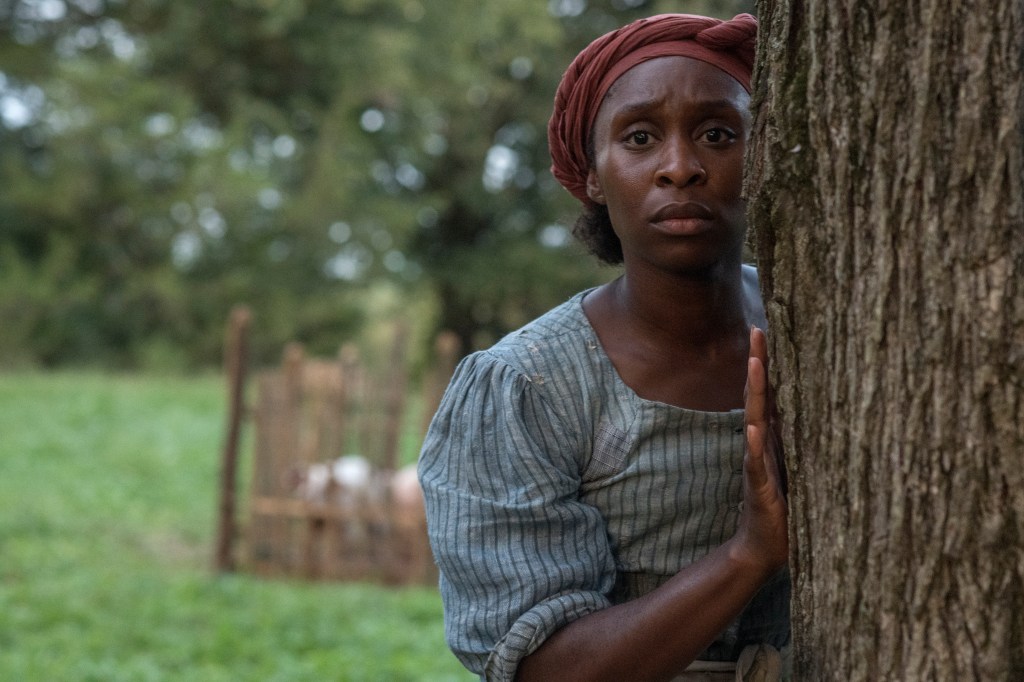 A still from the movie.  Courtesy of Glen Wilson

The idea for showing Harriet Tubman in the manner of a superhero came to Tazewell while he was in D.C. He visited the Smithsonian museum there, where a new, never-before-seen photograph of Tubman was mounted shortly after it was discovered.

“People in the mid 1840s had started to use daguerreotypes as a process of documenting,” he says. “In this newly found photograph, Harriet is younger. And it was very interesting to compare that to the other photographs that we know of her, that we’ve seen before. Most of those photographs that we’ve known are from when she was more mature, when she was older. They tend to be austere, they seem understandably unhappy and also very modest, usually with a head wrap and dark clothing. In the new photo, she’s wearing a very light checked skirt and a sheer blouse and her hair is uncovered.” 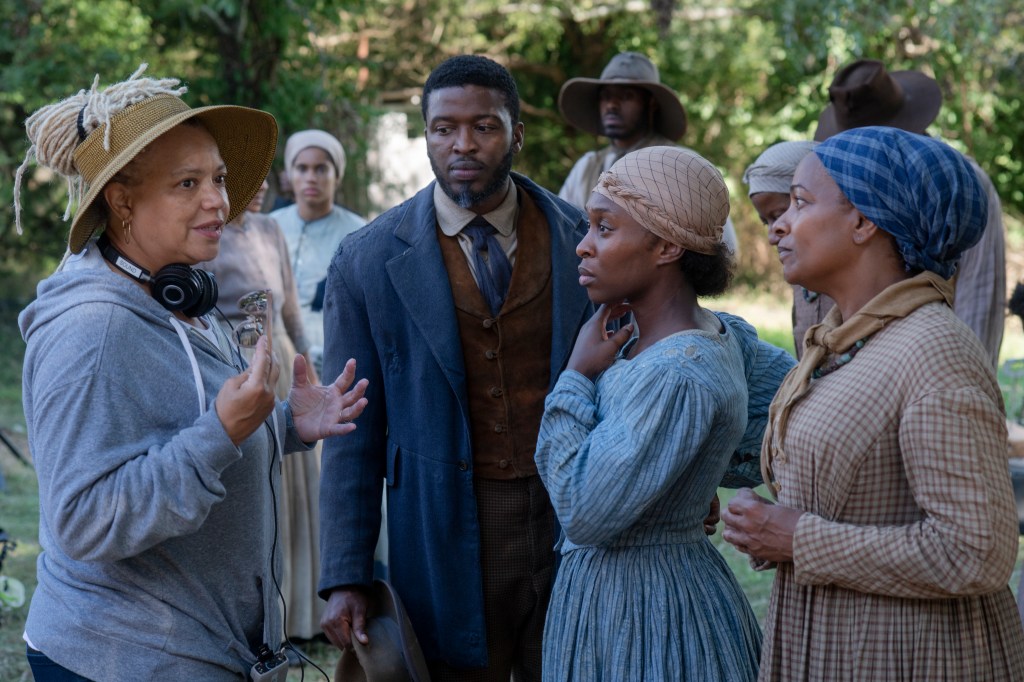 Looking in the direction of the studio, where all the “Hamilton” costumes live, Tazewell says, “With my experience in theater, I designed in the period maybe three times before, for other productions, a couple of which were about slaves.”

But working on “Harriet,” armed with this newly found picture and a huge screen to project the looks upon, things felt different.

“As a younger woman, she did show a sense of style. It was telling for who Harriet potentially was, and made the interpretation of Harriet much more rich. It allowed for us to see her in a broader way.”

Ruth E. Carter Connected With Eddie Murphy on Seventies Style for ‘Dolemite Is My Name’