The photographer will be the subject of a new documentary that will debut Dec. 9. 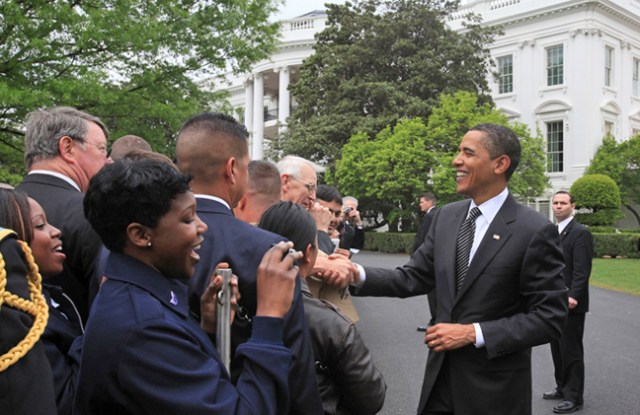 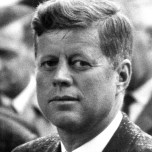 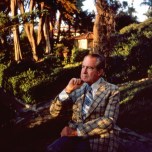 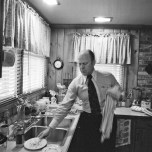 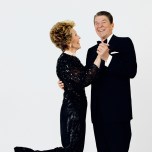 With many still reeling from the election, photographer Harry Benson offered his own history lessons from shooting every U.S. president since Dwight D. Eisenhower.

As one of the lensmen to be featured among Time’s 100 Most Influential Photos, Benson held court during a Q&A on the night of Nov. 16 at Time Inc.’s headquarters with Time’s director of photography and visual enterprise Kira Pollack.

The few hundred guests also got a glimpse of the documentary “Harry Benson: Shoot First” that debuts Dec. 9. That preview included his play-by-play of how he captured The Beatles’ 20-minute pillow fight at the George V in Paris in 1964 — one of Time’s 100 picks. Essentially, from his vantage point, photography can be reduced to the closing line of a Robert Louis Stevenson poem, “Each a glimpse and gone forever!” Describing himself as “never a peddler of gloom,” Benson said, “My photographs are what I see, and what you see should inform.”

Reflexively critical of his work, Benson sized up a shot of an unrecognizable Eisenhower walking up a driveway with “Next picture — it’s not a very good picture.”

Of a rain-soaked John F. Kennedy, he said, “Kennedy, wet day in Paris, I wasn’t doing well. I was chasing him all around Paris and he finishes up at the Arc de Triomphe with [Charles] de Gaulle. There was a ledge. I thought the only way I’m going to get him is if I climbed up. So I was climbing up and slipping down, climbing up and slipping down. While I’m doing that, I turned around and Kennedy’s looking at me like, ‘You poor soul. I’ll wait for you. But you’d better get up.’ He waited and just gives me a little nod once it was over. That was when Jackie went to Paris and she took it by storm in ’61.”

Referring to an image of Lyndon B. Johnson with Liberty Island in the background, “That was an important civil rights thing he had signed at the Statue of Liberty. Next one.”

Benson said he worked a lot with Richard M. Nixon and actually liked him. “This is after he got put out of office, I went up to thank him, they took me into a room, I’m waiting and then the president came out. He was all dressed. He wasn’t a broken man. After it was over, I said, “I want to thank you Mr. President, because I know this isn’t the greatest time in your life.’” Benson recalled. “He said, ‘You know Harry, you have to let professional people do their job.’ It’s very hard to be critical of somebody who allows you to do your job.”

The photographer’s shot of Gerald Ford cleaning up in the kitchen hours before he was to be sworn in as president got the biggest laugh at the event. “He’s drying the dishes before he went to the White House. I asked him the night before if I could come up and get a meeting. They invited me in. He was a sweet man, a decent guy, a nice guy. Pictures like that no longer exist. Obama was very cold. No, he was.”

The New Yorker said of Jimmy Carter, “This is after the Iran Hostage Crisis, and Teddy Kennedy had entered the race to be president. When I went into the Oval Office, he was looking out the window and then he came over and sat down. I said, ‘When I came in, you were looking out the window. Would you do that again?’ He said to me, ‘I’ve been looking out the window all morning.’ I said, Do you mind? I would like to go out and take a photograph.’ I went out and took a picture. I really didn’t think it worked. I really couldn’t see anything. The light was all wrong. But it worked.”

Recalling an image of the Reagans dancing in the map room, Benson said, “What the aides and their press people didn’t know was that I had brought in a white background and had turned it into a studio. When Nancy and the President came in, she went, ‘Oh, my goodness.’ But I also had on a tape recorder of Frank Sinatra singing “Nancy With the Laughing Face.” It was a great song, and she said, ‘Oh, I love that song.’ They did what I wanted them to do. The president kept looking at his watch and the president said, ‘I’m keeping the president of Chile waiting.’ And Nancy said, ‘Oh Ronny, let him wait.’”

Benson said of the 41st president neck-deep in a swimming pool, “George [H.W.] Bush with a spaniel in the water, a good-looking man actually.”

He said of a black-and-white image of Hillary and Bill Clinton on a hammock, “The trouble with this picture is if she had won I would have made a lot of money. I would have, because two presidents. I like it because the lips don’t touch although there was whole sequence of her rolling over him and on top of him, then they kiss. But I like that one better just because the lips don’t quite meet. He’s very sensual.”

Benson was clipped describing George W. Bush, “I didn’t want to do it. He came in with a [golf] club and I said, ‘Will you take a swing with it?’ And he did. I was just looking to get something different.”

The photographer said of Obama shaking hands in front of the White House, “He was cold. And that’s what the photographers told me there…Obama wasn’t chatty. You see that. You don’t see many pictures from them.”

As for President-elect Donald Trump, Benson has shot him sparring like Mike Tyson on Trump Tower’s roof and with $1 million in bills in his Atlantic City casino. Gesturing toward a shot of Trump with his wife Melania seated in a gown with her lean legs fully-exposed, “There he is not so long ago with your new first lady. That’s a different picture than what I got with Nixon and Pat Nixon. I never got that with Rosalynn Carter either, Mamie Eisenhower too.”

Truly a witness to decades of American history, Benson said after the Nov. 16 discussion that there aren’t any photographs that he regrets not taking. Within feet of Robert F. Kennedy when he was assassinated at the Ambassador Hotel in Los Angeles, Benson said, “I got Bobby Kennedy’s assassination, and I stayed through it. Because if I hadn’t, it would have eaten me up.”