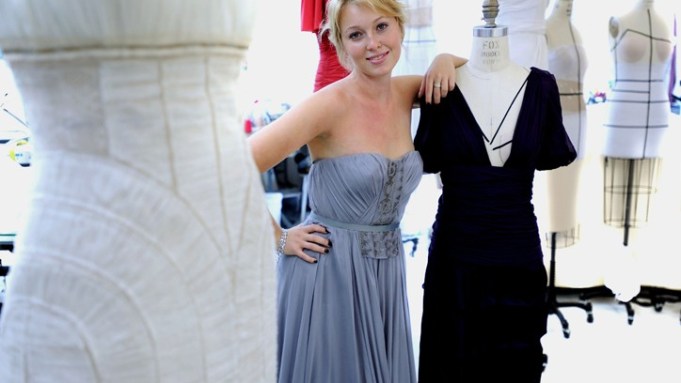 Call it the Super Bowl of debutante balls. The Bal Crillon des Debutantes — held annually at Paris’ stately Hôtel de Crillon — brings together the daughters of heavy hitters from the worlds of politics, entertainment, art and fashion. Over the last 17 years, Lauren Bush, Amanda Hearst, Victoria and Vanessa Traina, Kathleen Kennedy, Lily Collins (daughter of Phil) and Olivia Pei (granddaughter of I.M.) have all made their debuts at the gala affair, which is single-handedly organized by Parisian p.r. maven Ophélie Renouard.

On Saturday, 24 more girls, including Bruce Willis and Demi Moore’s daughter Scout, will don couture confections (for which they are fitted at least a month in advance) and baubles by event sponsor Adler Jewelry. Here, six of the standout participants.

Clothes call: Oxenberg, who is applying to culinary school in the fall, flew to New York sans parental supervision to pick out her dress at Mendel’s Midtown showroom. “My mom said, ‘Just find something that accentuates your waist,’” says Oxenberg.

Father knows best: Lourd, whose extracurricular interests include guitar and piano, reported that

her father helped her pick out her gown. (It may not have hurt that he is friendly with Karl Lagerfeld.)

Escort: Yet to be determined at press time.

Snow bunny: Chau is an avid skier, routinely sneaking away from school to hit the slopes at nearby Lake Tahoe.

Education: Junior at Manhattan’s Nightingale-Bamford School, the all-girls school rumored to be the basis for “Gossip Girl.”

All in the family: Older sisters Diana and Angela came out at the Crillon in 2003 and 2006, respectively.

Escort: Rodrigo Olaechea, with whom de Silva is being set up by Crillon organizers. (Olaechea is related to Anne-Aymone Giscard d’Estaing, wife of former French President Valéry Giscard d’Estaing.)

Fairy godmother: De Silva will be the first girl in the ball’s history to wear Alexander McQueen, who offered to outfit her out of friendship to her godmother, the late Isabella Blow.

Bloodline: Father is Senegalese pop singer Youssou N’Dour (who was described by Rolling Stone in 2004 as “perhaps the most famous singer alive” in Africa).

Role model: N’Dour flew to Sorbier’s Paris showroom with her father and brother in tow to select her dress. While there, she realized that her aunt had been a model for the designer years earlier.