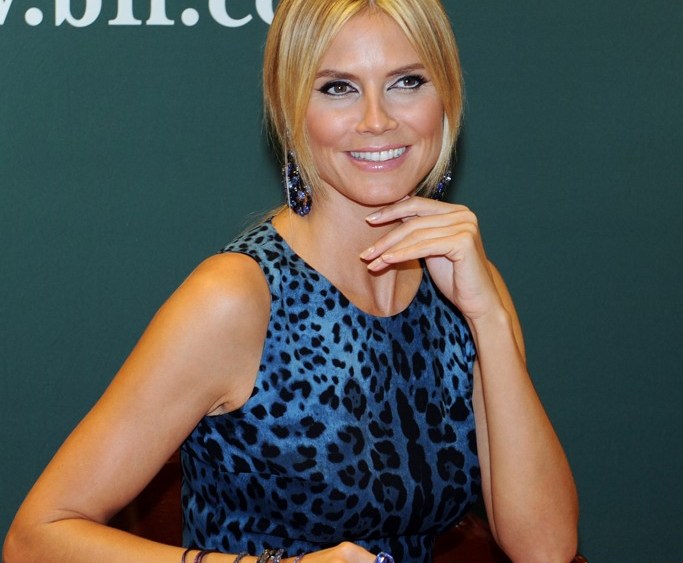 “Project Runway” has gotten a good amount of press as of late. With Katie Holmes’ every move being documented by a barrage of flashbulbs, the starlet’s first post-split outing (a mere three days after filing for divorce) to tape an appearance on “Project Runway All Stars” caused quite a lot of hoopla on the celebrity-centric blogosphere. On a slightly less titillating note, the franchise also just scored Lord & Taylor as its exclusive retail sponsor for the show’s 10th season. The timing couldn’t be better to put out a book, marking the Lifetime Network’s reality stalwart’s nearly decadelong run.

All of which Heidi Klum did not want to discuss, at least not with the press (the model-turned-hostess refused to do interviews) on Friday afternoon at Barnes & Noble on Fifth Avenue as she signed “Project Runway: The Show That Changed Fashion,” which hit shelves on Tuesday.

Her gaggle of adoring fans was more than willing to chat though.

“I’ve been here since nine o’clock,” said 14-year-old Aldrian Diaz, an aspiring designer and the first person in the line, which went out the door and around the block. Though with an almost four-hour wait, Diaz still hadn’t come up with the perfect thing to say to Klum once they came face-to-face. “I’ll probably just show her my shirt,” Diaz said, tugging on a red T-shirt with the word “Fierce” emblazoned on it.

Grace Farrell, the sixth person in line, also hadn’t nailed down her first impression with the model.

“She’s just so beautiful,” said the 16-year-old. “I’ll probably just freeze up there.”