The "Madeline's Madeline" actress stars in the coming-of-age film "Shoplifters of the World," a fictional tribute to the music of '80s rock group The Smiths.

Helena Howard first heard about “Shoplifters of the World” thanks to “American Honey.” The 22-year-old actress had just finished watching the 2016 film starring Sasha Lane, looked her up, and saw that she was attached to Stephen Kijak’s Smiths-centric project, which had been in development for several years at that point.

“I was doing so much research on this film, and then a week later the script and the offer for Cleo came into my email,” says the actress, 22, from her home in New Jersey. “I was like, wait, is this the same movie…?”

The filmmakers had seen Howard’s feature film debut (and major breakout performance) in Josephine Decker’s “Madeline’s Madeline,” which premiered at Sundance in 2018; The New Yorker’s Richard Brody ranked Howard’s performance in that film as the second best of the century so far, trumped only by Leonardo DiCaprio in ”The Wolf of Wall Street.”

In “Shoplifters of the World,” Howard portrays Cleo, a young woman on the cusp of adulthood, leaning on her love of The Smiths as an escape until the band’s sudden breakup in the summer of 1987. With her friends, she spends an entire night dancing to the band’s music; another fan has taken a local radio DJ hostage and forces him to play nonstop songs by the band. (The premise is loosely based on a true story.)

“With Cleo you have a classic case of someone who feels like they will never escape this town that they’ve been trapped in for their whole lives. All of her friends are off living their lives, and here she is working at Safeway, stealing tapes at the local record store. The only saving grace that she had was The Smiths, and now they’re no longer together,” says Howard, adding that her character is particularly relatable in light of the past year.

“She’s someone that a lot of people can see themselves in, especially now during this pandemic,” she adds. “A lot of people were supposed to graduate during 2020, like my brother, and they ended up not getting a graduation. That messes with a lot of kids’ or young adults’ minds: something that was supposed to be a huge milestone in their lives, a huge celebration signifying moving on and moving up in the world, is no longer.” 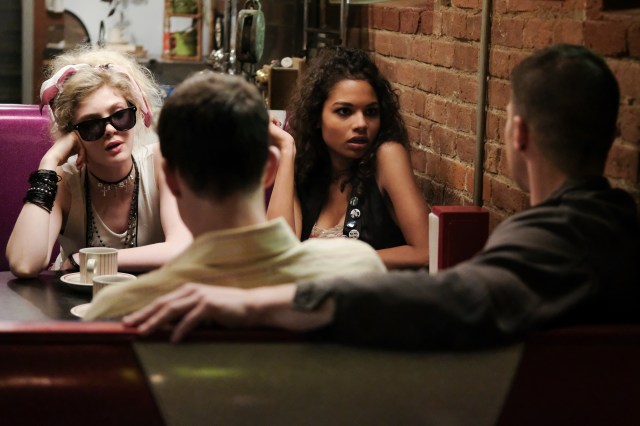 A still from the film.  Courtesy of RLJE Films 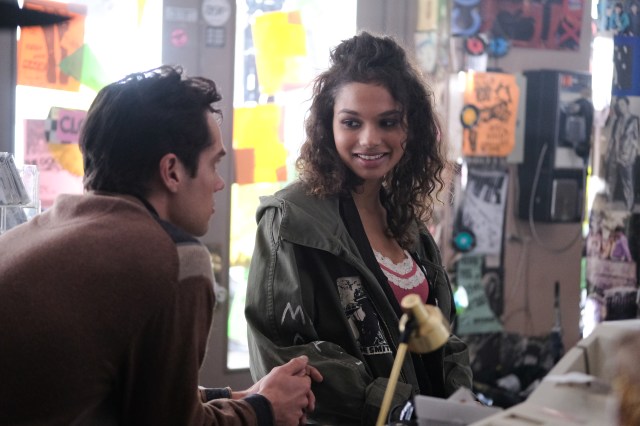 A still from the film.  Courtesy of RLJE Films

To keep the partying scenes period-appropriate, the cast worked with a choreographer to learn dance moves from the era. “Because you can’t have people twerking or anything to this music,” she says. The film is scored with songs by The Smiths, which the cast listened to on repeat on the set. “To hear the music incorporated now, that actually does a lot for the story,” says Howard, who self-describes as a massive fan of the band and lists “Meat Is Murder” as one of her favorite songs growing up.

“One thing that Morrissey says is that music can be used as a form of protest, and a lot of musicians, artists, they don’t do that,” says Howard. “I’m a vegan, and have been a vegetarian before being a vegan for awhile, so I stand very firm in my beliefs and I know Morrissey does as well, so to have a song about that out there forever to stand up for animals is wonderful.”

(Although, despite his support of animal rights, it is worth noting that Morrissey has been called out in recent years for racism, his support of far-right political movements and his defense of #MeToo offenders like Harvey Weinstein and Kevin Spacey.)

Late last year, Howard starred in the Amazon teen series “The Wilds,” which amassed a strong fanbase and will soon return to Australia to film a second season. “I will say that Australia during May to August, it’s going to be cold,” says Howard, coy on the exact timing for the next season.

In the meantime, she’s focusing on doing things that make her happy — making art, reading and writing, crystal energy work — and staying healthy through sleep and visits to a bathhouse.

While still early in her career, Howard credits a holiday performance at the age of three as the start of her acting career. Watching movies growing up, she witnessed the potential for one actor to tell a multitude of different stories while remaining the same person at the end of the day.

“Especially if someone can make you feel something; I always just wanted to do that,” she says. “And I wanted to tell stories, because there are so many stories that don’t get told, the more I realized that growing up, the more that was something that was beautiful to me.” 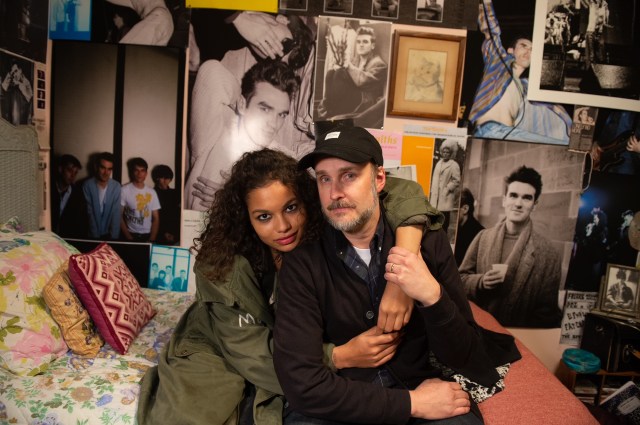 Hannah Ware Finds ‘The One’ On Netflix