After the Carnegie Hall screening, Maria Hall-Brown's PBS documentary is set to air in the New York market on March 31 and April 2. 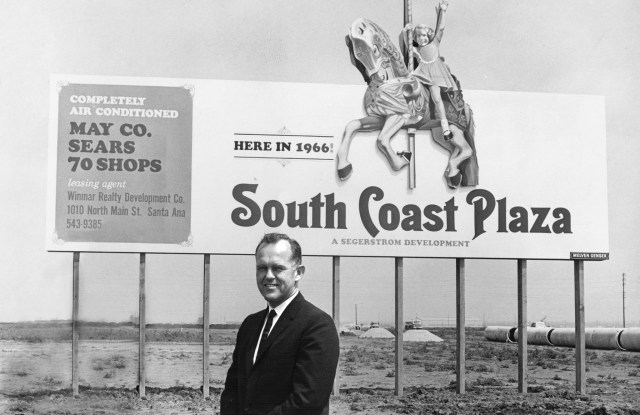 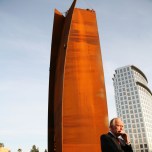 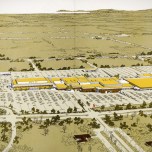 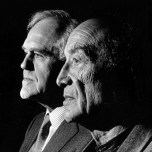 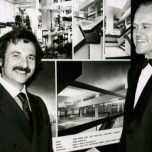 Timing proves serendipitous for most documentaries, and such is the case with “Henry T. Segerstrom: Imagining the Future,” the PBS SoCal film that is set to air March 31 and April 2 on PBS New York.

This story first appeared in the March 22, 2017 issue of WWD. Subscribe Today.

“My mission was to tell a story for someone who had never even heard of Henry Segerstrom, and someone who knew him intimately. It was always something I’ve wanted to do but the Segerstroms are a very private family so it took a while,” said Hall-Brown of the man who built South Coast Plaza and the adjacent cultural center known as SCFTA.

“He was very private,” confirmed his widow Elizabeth Segerstrom. “PBS approached us for years. When he hit his 90s, PBS again approached him but I think what made the difference was all those different artists and milestones in their lives — some of them passed away and they were aging — so how do you grab them?”

Segerstrom recalled, “When I had the big concert and celebration for him at Carnegie Hall in 2014, someone asked him, ‘How does it feel to be 90?’ and he said, ‘I don’t know, I’ve never been.’ It made him realize that documenting things or having the experience of talking to people who participated in the creation of the Segerstrom Center was important because they are aging in a project he wanted to preserve.”

Hall-Brown was grateful for the family’s help in supplying interviews, personal photographs and newspaper clippings in addition to the copious historical footage and oral histories gathered by other institutions, but she noted, “They had to give up all editorial control and didn’t actually see it until everyone saw it. I have no doubt that was very nerve-wracking for [Elizabeth].

But Segerstrom said, “I’m very happy we did because they’ve been a fantastic partner.”

On Monday, Carnegie Hall hosted a special screening of the documentary prior to its New York air dates. After that, it will also be viewable on PBS’s streaming web site.

“I’m so nervous. I want everything to be perfect but I’ve seen only excerpts of the documentary,” Segerstrom said at Monday’s screening at the Directors Guild of America. Friends, family, retailers and brand executives — 350 in all — attended the showing of the film, and the buffet dinner after at Weill Terrace Room inside Carnegie Hall, to honor Henry Segerstrom.

“I hope everybody learns something new about my husband. He was such a private man.”

“I began filming the documentary before Henry passed,” said Hall-Brown. “He was the most elegant man and it was so hard when he died that we felt we just had to stop filming for a while.”

What turned out was a poignant and impressive hour-long portrait of a visionary entrepreneur and philanthropist replete with testimonials from family members, retailers like Terry Lundgren of Macy’s, who early in his career managed the former Bullock’s store in South Coast Plaza and became a friend. There was also Michael Gould,b who opened Bloomingdale’s in the mall and called Segerstrom a “mench” and Barbara Cirkva, formerly of Chanel, who cited Segerstrom’s knack for creating “the most perfect adjacencies.”

There were scenes with Mikhail Baryshnikov and other artists at the center; Isamu Noguchi, who created the performing art center’s exterior park, and Richard Serra, who created a soaring 65-foot sculpture there. The ambitious bicoastal collaborations between Segerstrom’s performing arts center and Carnegie Hall were also chronicled and there were photos of Segerstrom in uniform serving in World War II, where he was severely wounded in his arm and had a long recovery.

Hall-Brown, who first met Segerstrom in 1997, has made several films about the artists who have performed at SCFTA over the years. “He was tall, elegant well-spoken and intimidating to me because I was in awe of all that he did,” she said of Segerstrom.

Indeed, SCFTA has played a personal role in Hall-Brown’s life — her first date with her husband of 31 years was at a pre-opening tour of SCFTA and her daughter pursued degrees in music and film in part because of her early exposure to the arts. “I’m from Arlington, Va., and I grew up going to the Kennedy Center and to have that experience available to my child was incredibly meaningful,” she said.

Of what struck her most about Henry Segerstrom, she said, “He’s the most persistent person I’ve ever met. Isamu Noguchi at first said no (to creating the sculpture garden at SCFTA), and Henry was on an airplane to go home when he said, ‘Wait a minute I’m going back’ and he did. He did it all the time whenever anyone said no. He said, ‘This is important to me and I’m gonna actually push a little harder.’”

His widow also appreciates that the world will get to see the more personal side of her late husband. “It’s important to have a human story, to have the war story of someone — and I am not biased — who is engaged, passionate, wounded [Segerstrom was awarded a Purple Heart for his service in World War II, where he lost a finger in a bombing] who can provide a relevant, meaningful story.”

She continued, “Maria had a lot of material and I think she had her heart in it too. When Henry walks away at the cemetery and the ‘Somewhere Over the Rainbow’ starts to play, I just cried. You know, we built that cemetery before he died…Everyone in my house cried at the same moment.”

Segerstrom described watching the documentary “emotionally hard because my husband was not gone for a very long time, so I was flooded with those images. But I think she wanted to make it more personable and I think it worked.”