Fourth time’s the charm: “The New Mutants” is finally — yes, really — being released in theaters.

The superhero film has been a bit of a hot potato since it was filmed in 2017. Originally slated for a quick turnaround for a spring 2018 release, 20th Century Fox delayed the film several times, and then the release was further complicated when the studio was acquired by Disney. The film was finally given a theatrical release under its new owner — April 2020 — but then, well, we all know what happened this spring.

Despite all of the setbacks, Henry Zaga hasn’t tired of talking about the Marvel film. Tangential to the X-Men world, the story centers on five teenaged mutant superheroes locked in a facility after their super-abilities are revealed. The affable 27-year-old actor stars as Roberto da Costa aka Sunspot, who, like Zaga, hails from Brazil.

“It’s my first movie in theaters ever, and I’ve never played a Brazilian before — especially a Brazilian mutant,” says the actor, sitting in the sunny backyard of his home in L.A. “The kid in me is screaming out loud.”

Although he’s excited about the theatrical release, Zaga isn’t sure he’s comfortable asking friends to go see it. “I want to go to theaters in L.A., and there’s nothing really open,” he says mid-August. “So it’s like  — OK, come support, but don’t?” The question mark is whether loyal Marvel fans — who’ve been anticipating the film for years — are willing to make the trek back into theaters. So far, film critics haven’t been; many have refused to review the film via in-person screenings.

The upside to all of the pass-arounds, though, was that it let director Josh Boone ultimately get the horror-forward cut of the film he wanted. The film has been hyped as “dark,” and explores the traumatic background of the five teenaged mutants — portrayed by Zaga, Maisie Williams, Anya Taylor-Joy, Blu Hunt, and Charlie Heaton.

Zaga describes the film as a very scary drama, but also a love story. “There is a love story happening as a subplot to the whole movie — no spoilers — but also a love story to yourself,” he says. “How you get in touch with your own problems, your own traumas. And not just fix them, because you can never fix something that’s not broken. You can just strengthen yourself and live through it and use that for good.”

Although he’s starred in teen-centric series with dedicated fan bases including “Teen Wolf” and “13 Reasons Why,” nothing compares to the Marvel following. Zaga was first exposed to the comic fanbase at Comic-Con in Brazil several years ago.

“I walk onstage — by the way, nobody knows who I am — but [the crowd] is so excited about this movie that I feel like I’m John Lennon walking onstage,” says Zaga, who used that excitement as fuel. “It makes you get up at 4:30 in the morning because you have to work out, prep for this very demanding role, physically and fanwise as well.”

Zaga’s route to getting cast in the film is a story other young actors dream of. His agent set up a general meeting with Boone, it went well, and as Zaga was leaving, Boone told him that he’d be part of his next project — no details on what that was. Zaga found out a month later when he showed up to an audition for “The New Mutants,” and was officially cast 10 months later. “Later on, [Boone] told me that after I left his house he saved my name as the character’s name on his phone,” says Zaga.

He would go on to also star in Boone’s next project, a series adaptation of Stephen King’s “The Stand.” Fortuitously, Zaga started reading that book while on set filming “Mutants,” not yet aware of Boone’s project — call it fate. The series finishing shooting in early March, just before much of the U.S. began to shut down due to the pandemic. “Talk about weirdly of the moment,” says Zaga — the book centers around a weaponized super flu with a near 100 percent fatality rate. “It’s definitely not the same, but it was spooky.” The series is slated for release later this year.

In the meantime, Zaga’s kept himself busy. He wrote a feature screenplay last year that’s in early development; hesitant to discuss the screenplay too much, Zaga offers that it’s a love letter to Rio, inspired by his own background.

“As an actor starting out, we don’t have a lot of control over where our careers are going. We depend a lot of people giving us jobs,” says Zaga, who moved to L.A. eight years ago to pursue acting. “So I’m constantly trying to do things that are finite, be it reading a book that I’ve been dying to read for so long, or writing something that I want to make someday. If you’re just waiting for the next job, the next acting gig, it can be exhausting and soul killing at times.”

In advance of the film’s release, Zaga took a trip through the Southwest to visit Sequoia National Park, the Grand Canyon, Zion, and Price Canyon — a nature vacation, inspired by his latest read, 2019 Pulitzer winner “The Overstory.”

“It’s a love letter to trees and to nature. It’s so poetic,” says Zaga of the tome. “I listened to a podcast and Hugh Jackman was praising it. I was like, well, that guy’s turned out quite all right.” 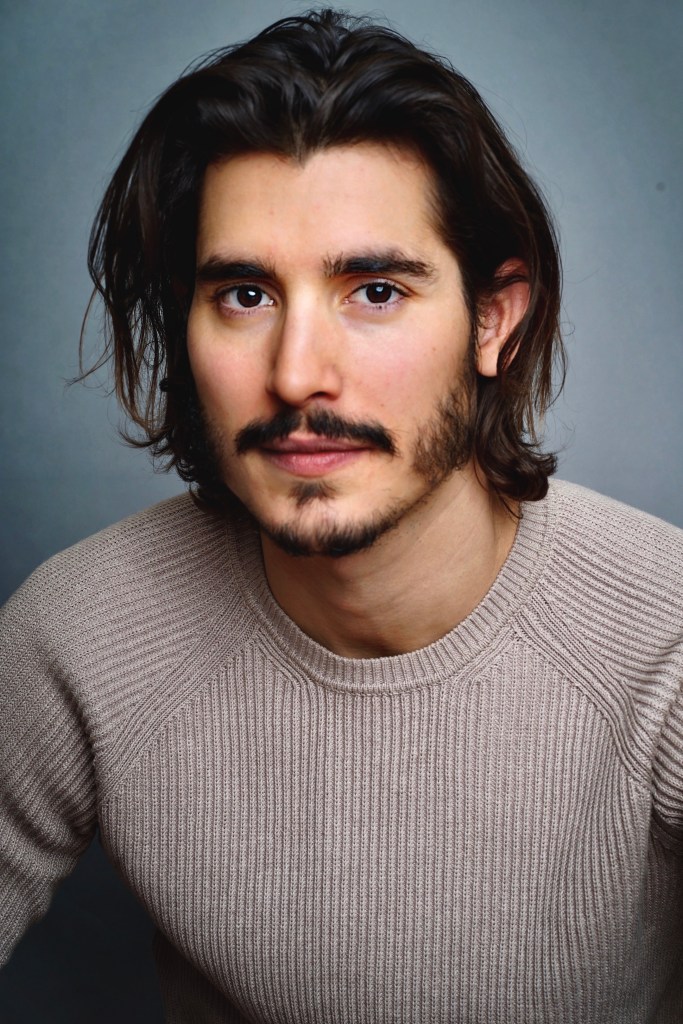