"The Fletcher Family: A Lifetime in Surf" is on view at the gallery's Madison Avenue flagship.

The Fletcher Family: A Lifetime in Surf, 2019, Installation View

“I’ve been at the beach forever,” says Herbie Fletcher.

Art, like surfing, runs in the Fletcher family blood; it finds them wherever they are, and the multigenerational group of surfers is never far from the waves. An exhibition of artwork and film screening recently brought the West Coast-based family to New York, where Gagosian mounted a selection of artwork by Fletcher for “The Fletcher Family: A Lifetime in Surf.”

The show is a companion to the upcoming publication of Dibi Fletcher’s book for Rizzoli out later this year, “Fletcher: A Lifetime in Surf,” which compiles the history of surfing through her husband, Herbie, children Nathan and Christian, her grandchildren, and father, the late iconic surfer, Walter Hoffman.

“I’ve had a lot of other shows but not like this one, this was really great,” Herbie says of the family theme.

Work from the entire clan is on display — there are surfboards by Christian, photos taken by Nathan, various sketches and memorabilia — but the bulk of the show is comprised of work from four different series by Herbie, with one piece from his grandson Greyson in the main gallery space. Greyson’s vert ramp sculpture is tucked between two of Herbie’s “Wall of Disaster” pieces, essentially wall sculptures composed of broken skateboard decks. Before ending up at Gagosian, Greyson had lugged the ramp to a Lower East Side skatepark; Dibi posted a photo of him skating it on her Instagram account.

“He likes to make objects — he’s a skateboarder, so he’s around all this stuff that’s being made all the time,” Fletcher says. “It’s all art. Skate pools have transitions and the way they form the pools, it’s just beautiful to look at.”

Fletcher views what others may consider routine acts — affixing stickers to the bottom of skate decks, constructing ramps, painting surfboards, taking photos of waves and tricks — as art, and his work serves as documentation of his lifestyle and the history of the surf and skate communities.

“You look at the stuff and then you keep looking at it: you see all these old logos, they’re old pro skateboards and there’s new ones, and they’re all scraped,” he says of the decks that end up in “Wall of Disaster.” “But then you talk to the kids and they go ‘Oh that’s so and so.’ It’s pretty cool to see them talk about. I just put them up there as shapes.”

Fletcher’s “Blood Water” paintings incorporate canvas dyed in the iron-oxide red earth of the Waimea River in Hawaii; “Connecting to the Earth” are works created using found objects from Hawaii. “I take trips, and when I go surfing, I usually bring stuff back to do art with,” he says. Fletcher’s “Wrecktangle” series is constructed using broken surfboards, in a similar vein to “Wall of Disaster.” His first “Wrecktangle” customer was Julian Schnabel. 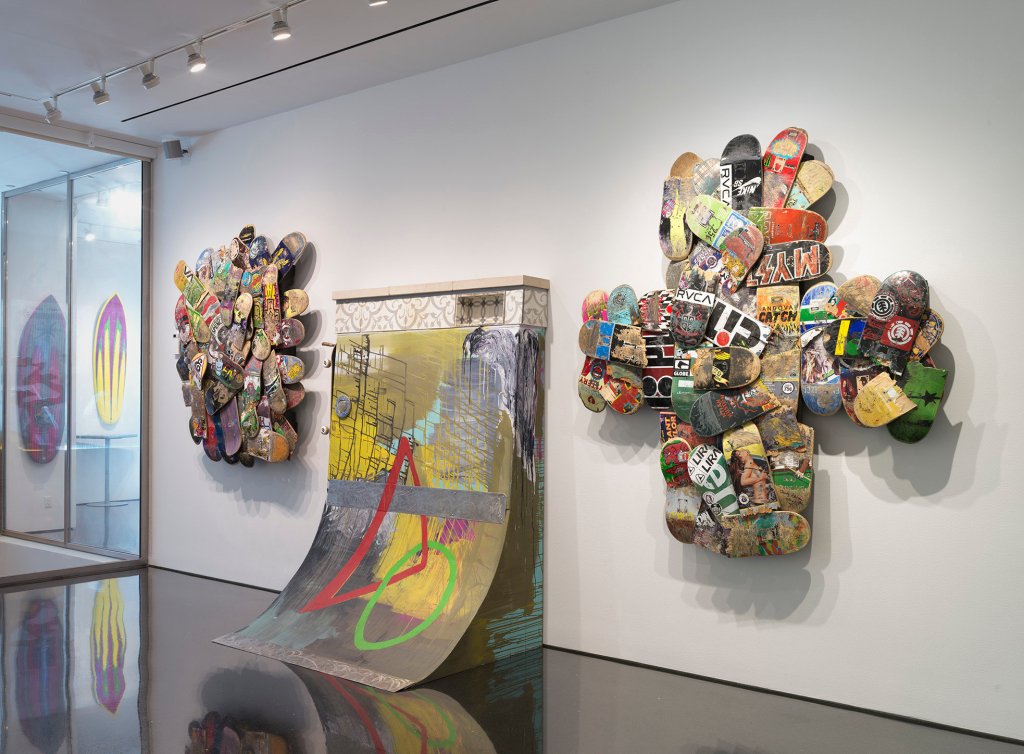 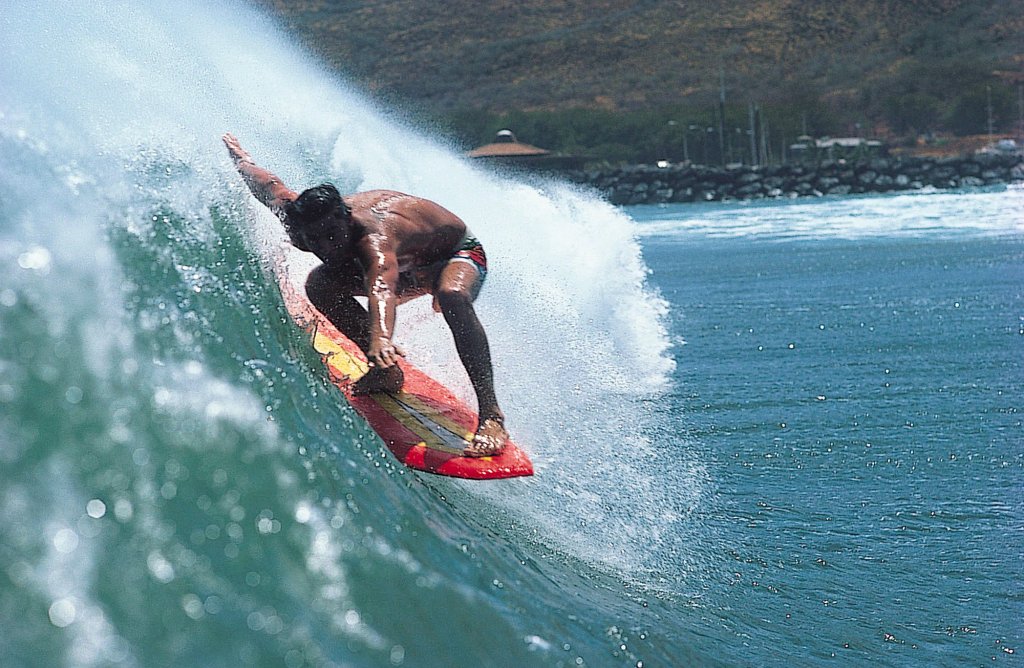 His idea to assemble the broken bits took shape while he was living in Hawaii.

“I had a house at Pipeline with Gerry Lopez; it was a three-story house, and when you’d look down every swell after every swell there would be broken surfboards in my front yard. And all the greatest surfers came over to my house. They stashed their boards there and went surfing. So my front yard after a big swell would just look like that big Wrectangle that’s there, the broken surfboards. And so I just looked at them and saw all the different logos and the paint jobs and all the jagged shapes. And I just thought it was really beautiful,” he says. “When you look at all of these surfboards that are all broken up, you can see the whole history of the industry and of surfing. You can see the evolution of it and all the different logos.”

The Fletcher family runs Astrodeck, a traction pad company started by Herbie. He views his company as an art, too, down to making the catalogues and clothing.

“My whole deal when I was young was painting surfboards, painting inside the surf shop where you were making boards. We’d paint the walls,” he says. Now he often creates his work at the Astrodeck warehouse. “It was like doing art all the time. It was just constant, because we’d make surfboards and go out and test them the next day and we’d paint them and have fun. Then it developed into an industry with lots of different companies and different riders riding for different companies. I wanted to work with everybody; I didn’t want to just work with a couple of surfers.”

On July 29, Gagosian and Schnabel screened “Heavy Water,” a documentary about Nathan Fletcher, at Guild Hall in East Hampton, N.Y. Naturally, the family took in some waves while they were out on Long Island.

“We went surfing at Ditch Plains for a while. It was fun — it was small, but fun,” says Herbie.

The main attraction was the film. “It’s the best surf movie that I’ve ever seen,” says Herbie, comparing it the 1966 seminal surf doc “Endless Summer.” “It’s just a new version, different. It’s all that new technology that’s going on. So Nathan’s movie told a story about him and how he chases big waves, and all his friends and the camaraderie between them,” he continues. “The joy surfing gives you.” 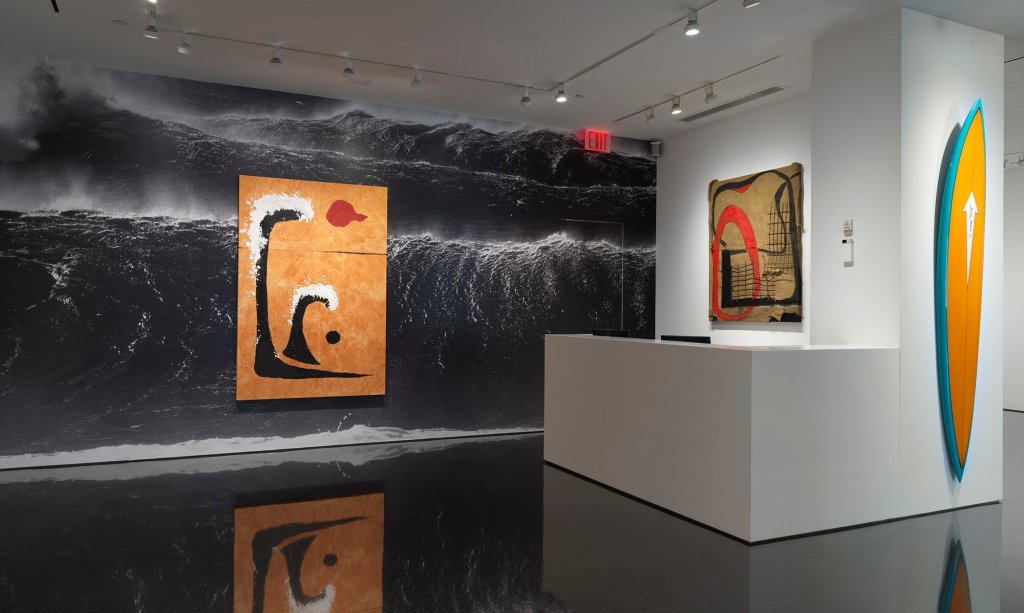 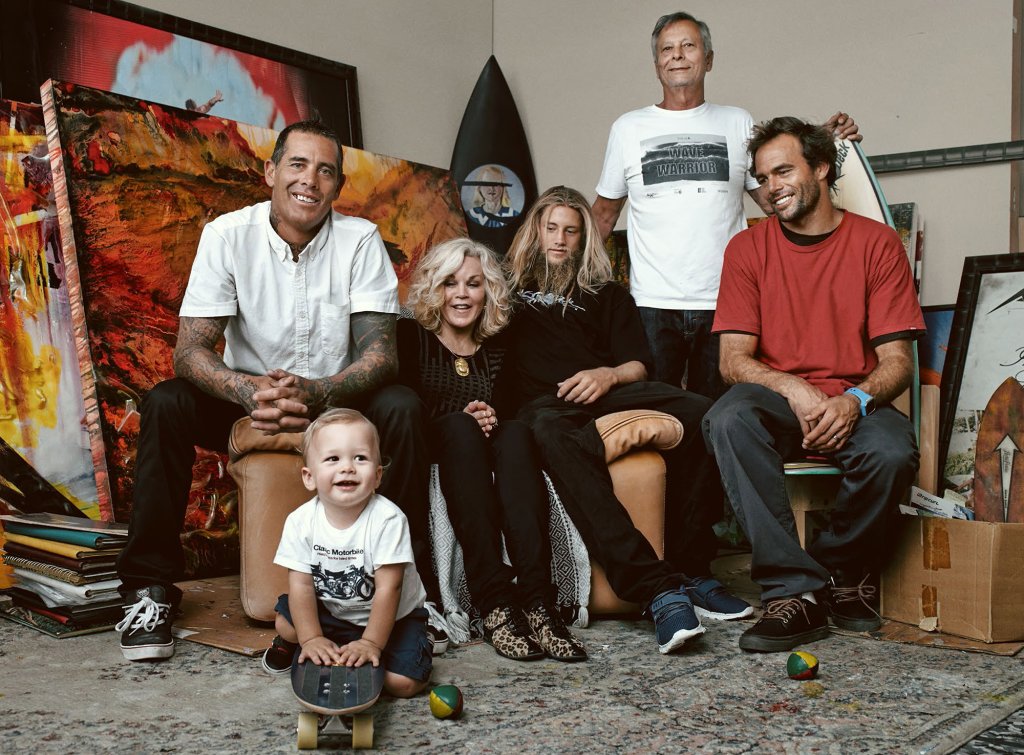