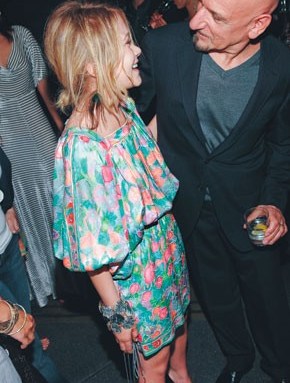 The big question at the Cinema Society and Sony Cierge screening of “The Wackness” Wednesday night was, how much pot smoking really occurred on the set? No one copped to any on the record, and star Josh Peck, who plays a marijuana dealer who pays his therapist (Ben Kingsley) in dime bags of dope, insisted he took a historical approach.

“My general idea was to take the soul of Cheech and Chong and all those famous potheads and infuse them into my character,” he explained.

Taking bong hits for inspiration was a moot point for Kingsley, too, who has become allergic to smoke since he quit cigarettes seven years ago. The herbal ones he toked on film in lieu of real joints didn’t help. “I coughed my head off,” said the actor, who traveled three hours from the set of Martin Scorsese’s flick “Shutter Island” just for the after party at the Gramercy Park Hotel (and had to return in time for a 6 a.m. call the next morning).