Macy’s, Ralph Lauren to Be Honored at Emery Awards 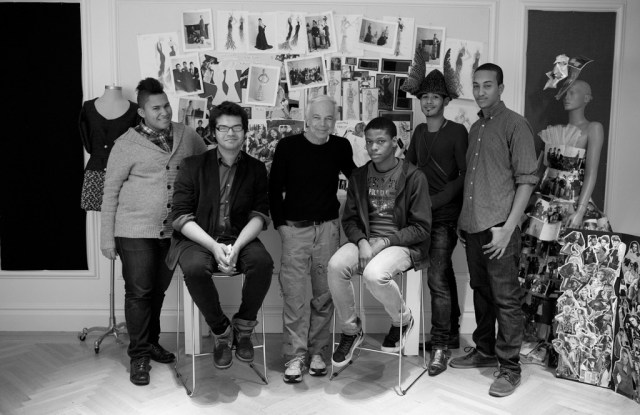 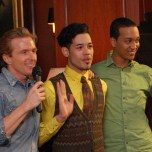 Ralph Lauren Corp. and Macy’s Inc. will be honored alongside Mayor Cory Booker of Newark, N.J., at the 25th annual Emery Awards tonight, in a gala at Cipriani Wall Street that benefits the Hetrick-Martin Institute.

Charles Fagan, executive vice president and chief of staff to Ralph Lauren, will receive the award for his work spearheading that company’s efforts to assist HMI, which hosts programs supporting gay and lesbian young people and is also home to the Harvey Milk School. Chief merchandising officer Jeff Gennette will accept the award for Macy’s.

“We like to think that we are a retail organization that serves the LGBTQ community very well,” said Gennette. “The main reason we do that is because they are part of America, and we are America’s department store.”

Macy’s has supported HMI since 2005 with a variety of financial grants as well as volunteer activities by its employees.

Fagan also became involved with HMI in 2005, after visiting the organization’s New York facility with Alfredo Paredes, who is executive vice president and chief retail creative officer at Ralph Lauren and also a board member of HMI.

“It was just so clear that the work there helping young people is so literal — you see the action there day in and day out before your eyes,” said Fagan.

The following year, Ralph Lauren employees decorated the Harvey Milk School prom, a custom that has continued for the past six years. The company has also sponsored HMI’s School’s Out fund-raiser in East Hampton since 2008 and the Fall Fest fund-raiser in upstate New York since 2009.

More recently, both Ralph Lauren and Macy’s employees volunteered to paint parts of the HMI and Harvey Milk School facilities this year. Ralph Lauren communications and graphics teams have conducted an extensive rebranding effort for HMI over the past year, with a new logo, tag line and marketing materials that will be unveiled at the event tonight.

In the 2008-2009 school year, students from HMI programs participated in Ralph Lauren’s ongoing Polo Fashion School program, which allowed a group of teens to work extensively over a two-semester period with Ralph Lauren designers, merchandisers and retail executives to create four evening gowns and a tote bag, the latter of which was sold in select Ralph Lauren stores and online.

Other groups that have participated in Polo Fashion School include students from East Harlem School at Exodus House in 2004, Team Revolution in 2005 and 2006 and Harlem Children’s Zone in 2007.

Fagan credits his close personal involvement with Ralph Lauren’s efforts on behalf of HMI to his own experiences growing up. “I had taken so much of my own life circumstances for granted. When I came out, I think the love and encouragement I got at home and then the love and encouragement I got at work were so important to my own career path,” he noted. “The kids at HMI and Harvey Milk have been thrown out of their homes, attacked, harassed and tried to commit suicide. This place offers a safe haven, academic enrichment and job placement skills, which are incredible.”