Honorees at the annual Father of the Year luncheon on Thursday ranged from Capt. Scott Smiley to New York Yankees catcher Jorge Posada. 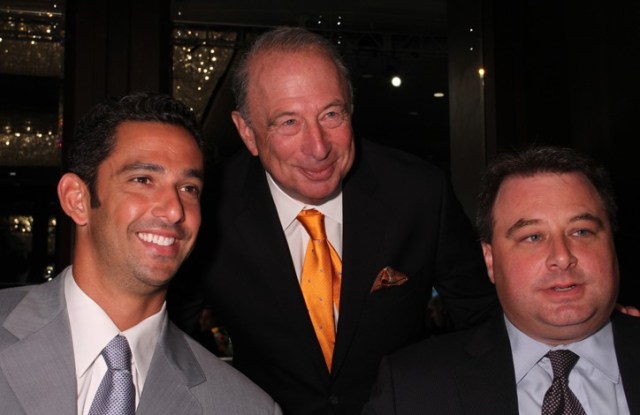 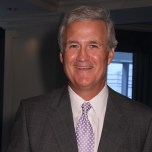 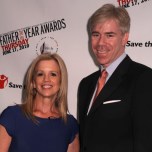 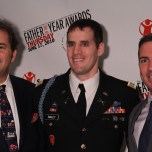 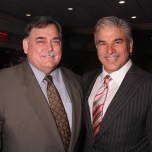 Honorees at the annual Father of the Year luncheon on Thursday ranged from Capt. Scott Smiley, the only blind commander in the U.S. Army, who lost his sight after a suicide car bombing in Iraq, to New York Yankees catcher Jorge Posada, who created a foundation after his son was diagnosed with craniosynostosis. On this, the 100th anniversary of Father’s Day, Smiley and Posada were joined by Phillips-Van Heusen’s Ken Duane, Vornado’s Michael Fascitelli and NBC’s David Gregory as the 69th Father of the Year honorees.

“Let it go,” Duane said when asked for advice on how to best be a father. “The more you try to control your children, the more they’ll resist.” Have patience and compassion, said Fascitelli. Be a good listener, said Gregory. All the men joked about how unworthy they were to receive such an accolade. “My kids often call me clueless,” Fascitelli said. “I’m just trying to get clued in.” Duane joked that the only reason he got the award was because PVH’s chief executive officer, Emanuel Chirico, was in Amsterdam. “Oh, OK, I get it,” he said. Also honored at the luncheon was Brooklyn’s Andrew Correa, the winner of the All-Star Dad award, whose daughter wrote an essay about his successful custody battle for his children and his tireless work to make sure they had a stable home life and an education.

Proceeds from the luncheon went to Save the Children.