A visit to Brioni island. 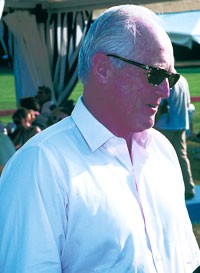 BRIONI, Croatia — Brioni is going home again. To mark the first polo match played here some 80 years ago, the Italian fashion house hosted a tournament on its namesake Croatian island earlier this month. It’s all part of chief executive officer Umberto Angeloni’s grand plan to return glamour to the island, which until World War II was an exclusive playground for aristocrats such as the Windsors, not to mention a colony for writers and artists.

To this end, Angeloni organized a weekend of social events that flaunted the island’s beauty: evening galas held against the spectacular backdrop of Roman ruins, hikes around Brioni’s preserved natural park and dinners packed with specialties from Croatia and Argentina, in a tribute to the polo players who flew in from South America.

Angeloni plans to make the Brioni tournament an annual event, and over the next two years, he is looking to add exclusive guest villas. This year, Angeloni rented a yacht to accommodate the overflow. Among the guests were Count Alvaro de Marichalar, a brother-in-law to Princess Elena of Spain, Winston Churchill 3rd and property tycoon Oliver Rothschild.