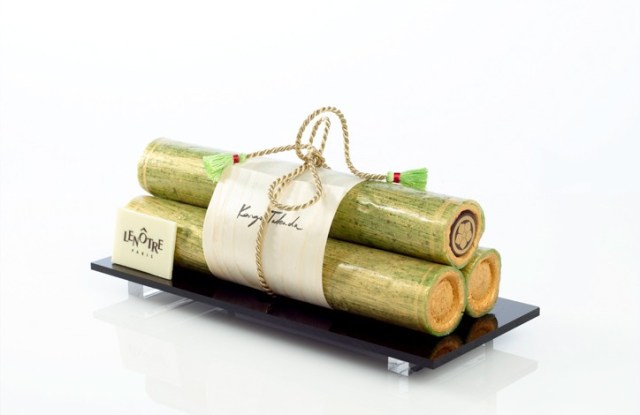 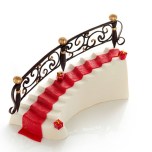 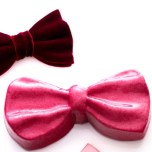 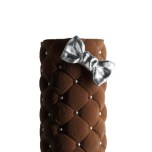 The Bûche de Noël may be seen as somewhat kitschy in America, but in Paris, pastry chefs take the traditional Christmas cake quite seriously. And to up the ante on the dessert’s appearance, they’re enlisting some big-name fashion folk.

Jérôme Chaucesse went so far as to channel the designers themselves in his confections for the Crillon hotel. His log is shaped like a bow tie in homage to Alber Elbaz’s signature accessory and comes in three flavors.

But champion pastry chef Christophe Michalak looked no further than his own workplace for inspiration. His Bûche de Noël for the Plaza Athénée is a red-carpet stairway log to match the chic image of the Parisian hotel.