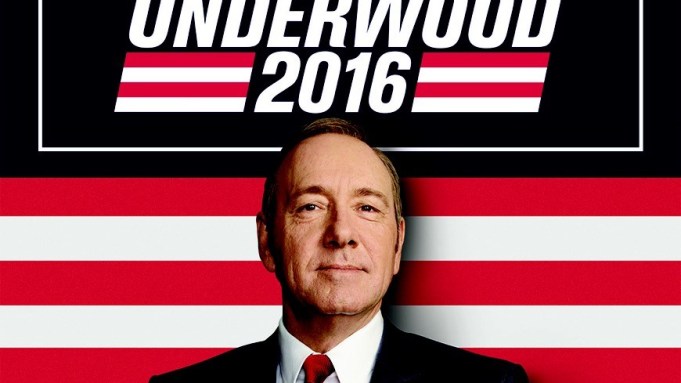 “Kevin likes the idea of an ode to Bobby Kennedy,” said Argan, who dresses Spacey on and off camera and calls him a political junkie. “So it’s all about a narrow lapel with a longer collar but modified for the present day.”

This season Argan, who previously used her own in-house tailors, is working with the Boss Made to Measure service, which is about three years old, and the company supplied Argan with around 45 suits, 45 shirts and 30 ties, which Argan said Spacey can be fussy about.

“Kevin’s very particular about ties,” Argan told WWD. “He loves a thin tie in real life and I have to tell him, ‘You are the President of the United States. You are not going to wear a thin tie.’”

As far as the current politicians in the running for president, Argan isn’t impressed by their wardrobe choices.

“I just thought that these politicians would come off a little more polished. Trump has his own suit line and he still just doesn’t pull it off. I just don’t look at him and say, ‘Wow, that’s a sophisticated man.’ And I’m not judging his politics. I’m only judging his clothes.”

Click through the slideshow to see Argan’s thinking behind a few of Underwood’s looks from this season. Spoilers may ensue.