Meet the singer and songwriter who's lending a fresh perspective to the genre. 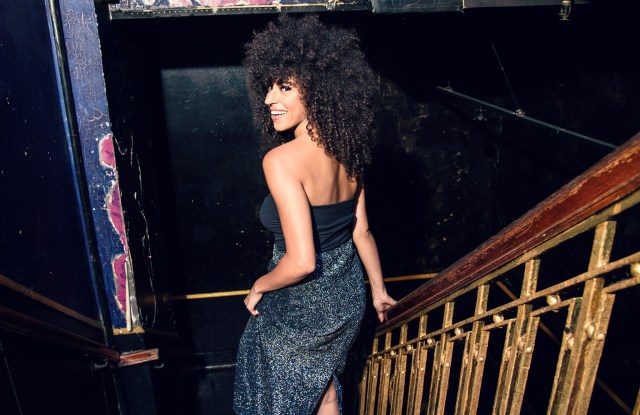 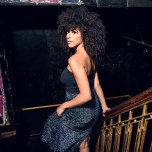 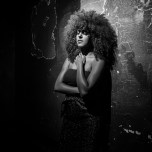 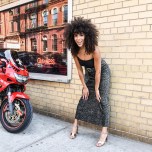 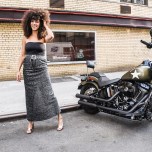 Gavin Turek is teetering on fame.

She’s at that interesting point in her career when security guards at music venues don’t realize she’s headlining the show, but in-the-know fans almost start to hyperventilate when they see her.

“I love you. You are like a disco queen. Oh my God. You are so cool!” said a showgoer, as if she was reading off a list of bullet points and each one was punctuated with an exclamation point. She spotted Turek and her curls in a blue-lit stairway at Webster Hall in New York, where she performed with Tuxedo, a disco funk group started by singer Mayer Hawthorne and producer Jake One, in early June. Turek will hit the road again this fall to headline her own U.S. tour.

She’s straddled this in between position for a while now. Turek, who looks youthful enough to be cast in an after school special, has spent most of her 20s releasing music or collaborating with others. She posted her first song, “Good as Gold,” on MySpace in 2009 and met producer and DJ, Jennifer Lee, who is best known as Tokiomonsta, around the same time. In 2015 they released a well-received joint EP called “You’re Invited.” Turek began singing back up vocals for Tuxedo in 2014 and started to perform with them in 2015. Turek will hit the road again this fall to headline her own tour.

“It’s taken a long time to get here, but I’m finally at a point where I can sustain myself and I’m touring and I’m busy,” Turek said. “I thought of getting a corporate job or going to law school and getting a master’s degree, but I had the support from my family and the belief in myself that I was good enough to at least try.”

Turek’s music has always been inflected with disco, dance and soul, but with her EP “Good Look for You,” which she released earlier this year, Turek’s vision and sound have begun to crystalize and she’s firmly established herself as the flag-bearer for a modernized version of disco.

“Hell no,” said Turek, when asked if she always knew she wanted to pursue the disco genre. “That was the most confusing thing because I grew up listening to a lot of Michael [Jackson], Prince and Stevie Wonder, then I went to high school and got into indie rock, which I’m still obsessed with. But disco and that feeling you get when you listen to disco and the imagery that it evokes — the big hair, the big earrings, the sparkles, the pizzaz — that’s me all day.”

For the cover of “Good Look for You,” which was photographed by her sister Hana Ardelean, Turek is swathed in sequins and covered in that distinctive hazy filter from the Seventies. Her music, which she created with producers including Chris Hartz,Tim Kvasnosky and Clay Schimdt, ping-pongs from upbeat (“It’s the Light”) to reflective (“On the Line”) to sexy (“The Distance”).

Over the past few years, many artists have fully embraced melodies and sounds of the past — see Bruno Mars’ “24K Magic” and Childish Gambino’s “Awaken, My Love!” While these projects have done well, critics have sometimes panned them for being too referential. But Turek has managed to offer something new with her personal lyrics — she writes all of songs — and the variety of influences she filters through her purview.

“It’s soulful. It’s dance. It’s definitely pop, but it has its own expression of pop,” Turek said.

Turek has orbited show business since she was a child. She grew up in the Valley in Los Angeles and was a part of various girl groups. She went to the School of the Arts during high school where she studied dance, which she thought she would pursue professionally.

“I wanted to be in a dance company. I was obsessed with Alvin Ailey growing up. I still love modern dance,” said Turek, who lived in Ghana during college to study Bamaya, a traditional Ghanian dance she still incorporates into her performances. “Once I turned 18 and went on dance auditions, I quickly realized that you have to be really scantily clad. I show legs and arms and a little cleavage all day, but I’ve never felt comfortable dancing in my bra and panties. I don’t knock it. It’s just not me. So I focused on music and it evolved from there.”

As much as she dips into the past when making music, Turek represents a growing group of current female artists who take complete control of their image and sound. Instead of signing a deal with a big label, she released “Good Look For You” independently on Madame Gold Records, her own label that she hopes to develop into a lifestyle brand.

“That’s what the next lane of focus will be,” Turek said. “It’s definitely a way that I express myself as a woman, through fashion, through my hair, through my makeup, through how I want to present a party, through DJs. I’m passionate about a lot of things and I’m hoping that it can funnel through Madame Gold in the future.”

Before that Turek wants to break through the difficult to crack glass ceiling that exists for all musicians, but can be very apparent for female artists of color.

“I think it’s really complicated. We are fortunate that there’s been a shift in the industry and artists have the power to create their own content without a major label machine, but there is a threshold that I’m trying to get through,” Turek said. “Do I want to be a pop star? Sure. I think I absolutely want to be extremely successful, but I have to do it my way. I’m so comfortable right now with how I present myself and I’m in control of my image and branding. I can’t see myself being happy or feeling fulfilled without being in control of those things.”

Sevyn Streeter Is a ‘Girl Disrupted’