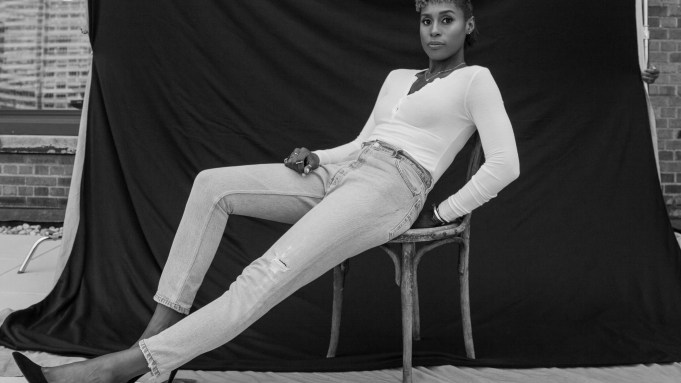 Issa Rae has based her brand and her HBO series “Insecure,” which she co-writes, stars in and executive produces, on not having it all figured out. This concept started with “Awkward Black Girl,” her successful YouTube series, which ran from 2011 to 2013. With help from Larry Wilmore, the comedian, writer and producer, Rae refined the concepts of “Awkward Black Girl” to develop the plot lines and characters for “Insecure,” which debuted last October.

Rae says she wanted to make a show depicting the minutia of daily existence for people of color, and present relatable female characters approaching their 30s and fumbling their way through life. She achieved that with “Insecure,” which was nominated for a Golden Globe and sparked passionate conversations each week about friendship, cheating, sexuality and other topics that aren’t typically parsed through a black, female lens on a mainstream platform. These stories will continue starting Sunday, when season two premieres on HBO.

“Season one was more about the character of Issa being more active as opposed to passive. And that meant active at all costs,” says Rae, who adds that she didn’t purposely name the main character, who she plays, after herself. “For season two, it’s like, ‘OK, now I need to specify what about my actions made me not like myself and the situation that I’m in.’ It’s fine-tuning who she wants to be as opposed to just doing everything she thinks of. All of these characters are realizing who they don’t want to be and what they don’t want to be labeled as.”

Rae has gone through this process herself. In fact, she’s previously said 80 to 85 percent of her actual personality is in the main character Issa Dee. But given her Internet presence, Rae isn’t fumbling as much as she’s thriving.

See exhibit A, when Rae chats with Brit Marling of “The OA” while being both eloquent and funny. Or exhibit B, when she’s body rolling with her castmates Yvonne Orji and Jay Ellis — who respectively play her best friend Molly and boyfriend Lawrence on the series — at the American Black Film Festival in Miami. And exhibit C, when she’s drinking straight from a bottle of Jameson to celebrate wrapping the second season of “Insecure.”

“I have so many pictures of me just drinking straight out of the bottle over the last year. That’s definitely a hobby,” Rae remarks.

But a few years ago, frustration was the overarching theme for the now 32-year-old, who has spoken openly about how long it took HBO to develop her show and the red tape she encountered when trying to bring on a more diverse staff with varying levels of experience. She’s since been able to work through that and says HBO has been open to her ideas about helping more creators of color — they inked a production deal with Rae to do just that — and has been generous with increasing the season two budget of “Insecure.”

“I don’t know that I’ve changed anything within their system, but I would be willing to put money on the fact that we have to be one of the most diverse crews at HBO. So, in that sense, I believe we may be changing things there,” Rae explains.

Working with a larger team has forced Rae to collaborate with others on executing her vision. For season two she wanted to solidify a signature look for the show and consulted with Melina Matsoukas, the director behind Beyonce’s “Formation” video, on realizing the aesthetic. In the past, specifically while putting together “Awkward Black Girl,” Rae says she took too many opinions into consideration, which muddied her voice. Now she’s able to welcome all perspectives without sacrificing her ideas.

“I listen to everybody,” Rae says. “We hired people for a reason because they are talented writers and they have a fresh perspective and a point of view. So I take everything into account. But being that I know these characters on ‘Insecure’ and I know this world like the back of my hand, it’s a lot easier to consider different ideas and stay true to what I want to say.”

Aside from juggling roles on “Insecure,” Rae is being tasked with new challenges outside of the show. Although she doesn’t consider herself an actress — she believes she’s a writer and producer first — she will flex her thespian chops on the big screen when she plays opposite Bill Hader in the movie “Empress of Serenity,” which starts production in August. Vocal Twitter users have also requested — or demanded — that Rae write a buddy film starring Rihanna and Lupita Nyong’o with Ava DuVernay directing. This idea stems from a meme of the two beauties sitting next to each other at a Miu Miu fashion show. Nothing is concrete, but Rae is already brainstorming the storyline.

“I think about it everyday,” Rae says. “But because they are so larger than life and unattainable, I want to make them attainable. I want to see a world where they are the everyday girls in a sense. So that’s what I’m thinking.”

Being open to new things has benefited Rae, but she’s also held steadfast in her mission, which is to tell relatable stories about African-Americans and provide more jobs to people of color in Hollywood.

“I can honestly say that I have zero aspirations to work on stories with white lead characters,” she reveals. “There are so many opportunities with white leads and so many people like to tell those stories. So no offense to anyone but no, I’m not interested.”

A story she is interested in telling is that of a black female teenager. Rae cites “The Wood,” “Boyz n the Hood” and “Dope” as strong examples of black coming-of-age stories, but says they lack key female voices.

“I haven’t figured out how to tell it or what the central theme is even going to be, but I want to make the quintessential black female teen movie,” Rae says.

Despite her growing list of wins, Rae still deals with upsets. When the Emmys neglected to nominate “Insecure” for its 2017 awards earlier this week, Rae took it in stride, pledged to work harder and moved on. But for bigger losses, she says she seeks solace in a few ways.

“I hang out with my friends. They are my happy place. My comfort zone,” Rae says. “Or sometimes writing out my feelings and frustrations in my journal helps. And I love to go to the spa now and get massages. I never used to do that.”

Rae still considers herself awkward and out of place. Much like her character on “Insecure,” she’s confronted with silly questions or weird happenings that she has to navigate — like when the emcee at the BET Awards incorrectly introduced her as actress Yara Shahidi or when Andy Cohen asked her to name her hairstyle on Bravo’s “Watch What Happens Live.” (Note: Rae did not say she was offended by this and laughed at the mention of it.) On the “Insecure” series, viewers are able to see Issa’s internal dialogue when these moments happen before she calmly addresses the situation. Rae says she takes a similar approach in real life.

“I have to be a professional at the end of the day. This is just a job, so I want to keep my job and I like it,” she says. “I really consider this a blessing to be here, but that’s not to say that if I am upset I don’t say anything about it. As women we always have to consider our image because people are waiting for the attitude, but it’s important to forgive yourself and say, ‘I’m not being unreasonable for wanting better.'”

Rae says, while she considers herself successful, she’s not satisfied yet and is still insecure about certain things.

“I think about what my move post-‘Insecure’ will be and how it will be received,” she explains. “And these are the same fears I had pre-‘Insecure,’ because I thought I wouldn’t be able to do anything outside of ‘Awkward Black Girl.’ I think as creatives we are always looking not to be our current project or last project.”

Kirstin Maldonado of Pentatonix Finds Her Footing With ‘Love’

Actor Kofi Siriboe Gets Ready for the NYFW Front Rows